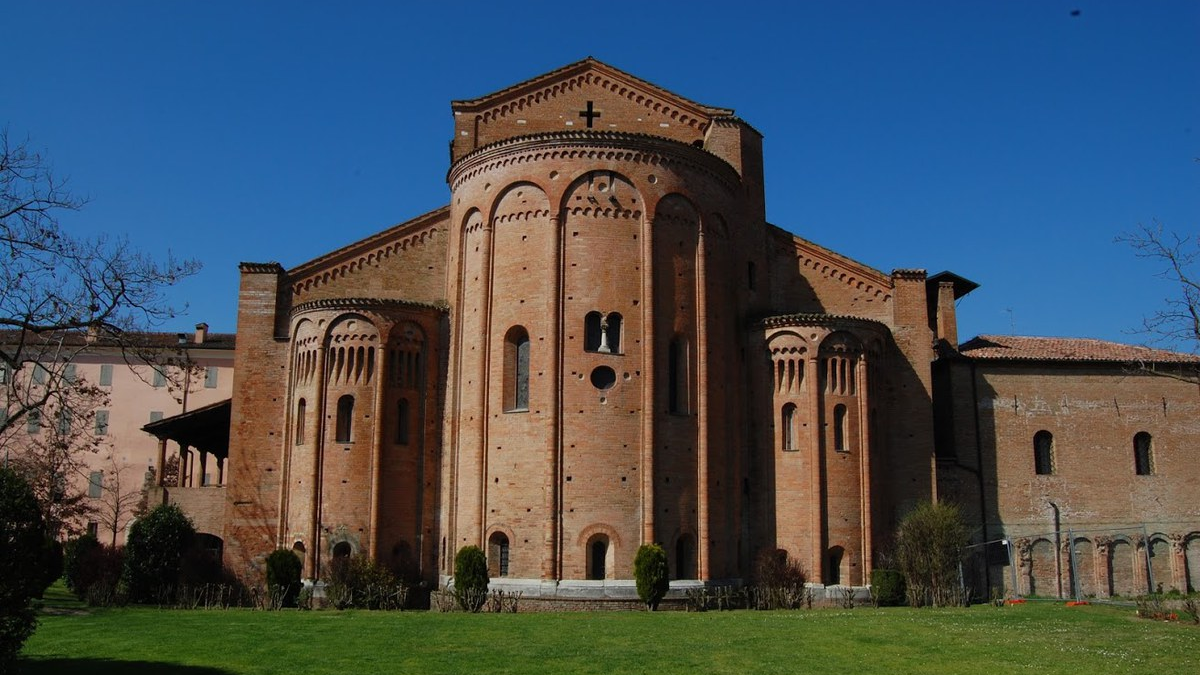 The route of the visit starts from Carpi, in Piazzale Re Astolfo, the ancient centre of the walled castle and the medieval city. The Pieve di Santa Maria in Castello was founded in 752 – 753 by Aistulf (Astolfo), king of the Lombards, on top of founda tions belonging to a Late Roman Period building.

The parts of Romanesque architecture that remain belong to reconstruction works carried out in the Matilda from Canossa period, between the 11th and 12th century, with particular architectural and decorative forms still visible today on the apses and side walls. It was named “La Sagra” after its official consecration by Pope Lucius III in 1184.

Inside, of notable interest are the frescoes (13th – 14th century). Adjacent to the apse of the Sagra rises the Torre Campanaria, a striking construction in Lombard style, around 50 metres high.

In the afternoon you could visit Nonantola with its ancient Abbey and its museum where ancient codes are kept together with incredible treasures and works of art.

The facade of the Abbey of San Silvestro – entirely in brick, decorated with overhanging arches along the whole exterior wall – is divided in three by two semi-columns. A twin lancet window lights the central nave while the prothyron – supported by two columns with leafy capitals resting on lions guarding the entrance frames the splendid portal. The latter demonstrates a clear-cut relationship with the Duomo of Modena, also in terms of workmanship: indeed it is above all the sculptures of the portal which invite comparisons with those of Wiligelmus.