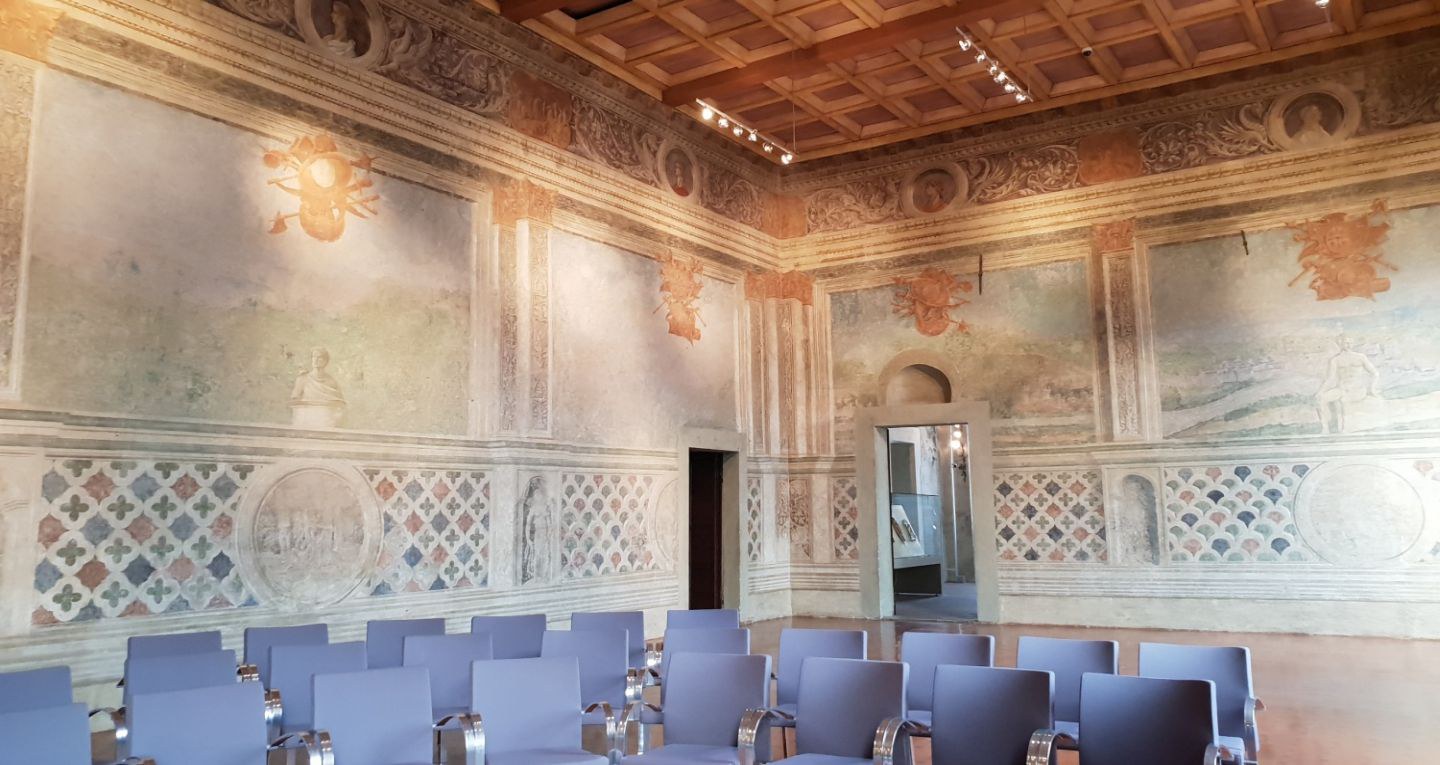 The Hall of the Moors and 'boardroom of the prestigious Pio Palace of the sixteenth and the environment within the museum. The Palace of Pius is a structure that extends from east to west between the two main squares of the city (the ancient Piazza Re Astolfo to the east and west of the Martyrs Square Renaissance). The apparent uniformity is given by the western façade, which consists, in addition to the central part of the Renaissance, by adjunction Este eighties of the sixteenth century to the north and the so-called "Bishop's Room" to the south to join the central part, respectively Passerino the tower of the north tower and with the Galaxy or the Spaniards in the south. The space is intended for cultural activities, conferences, meetings, conferences (excluding those of a political nature - party), musical entertainment. Trade shows and exhibitions are organized directly by the municipality