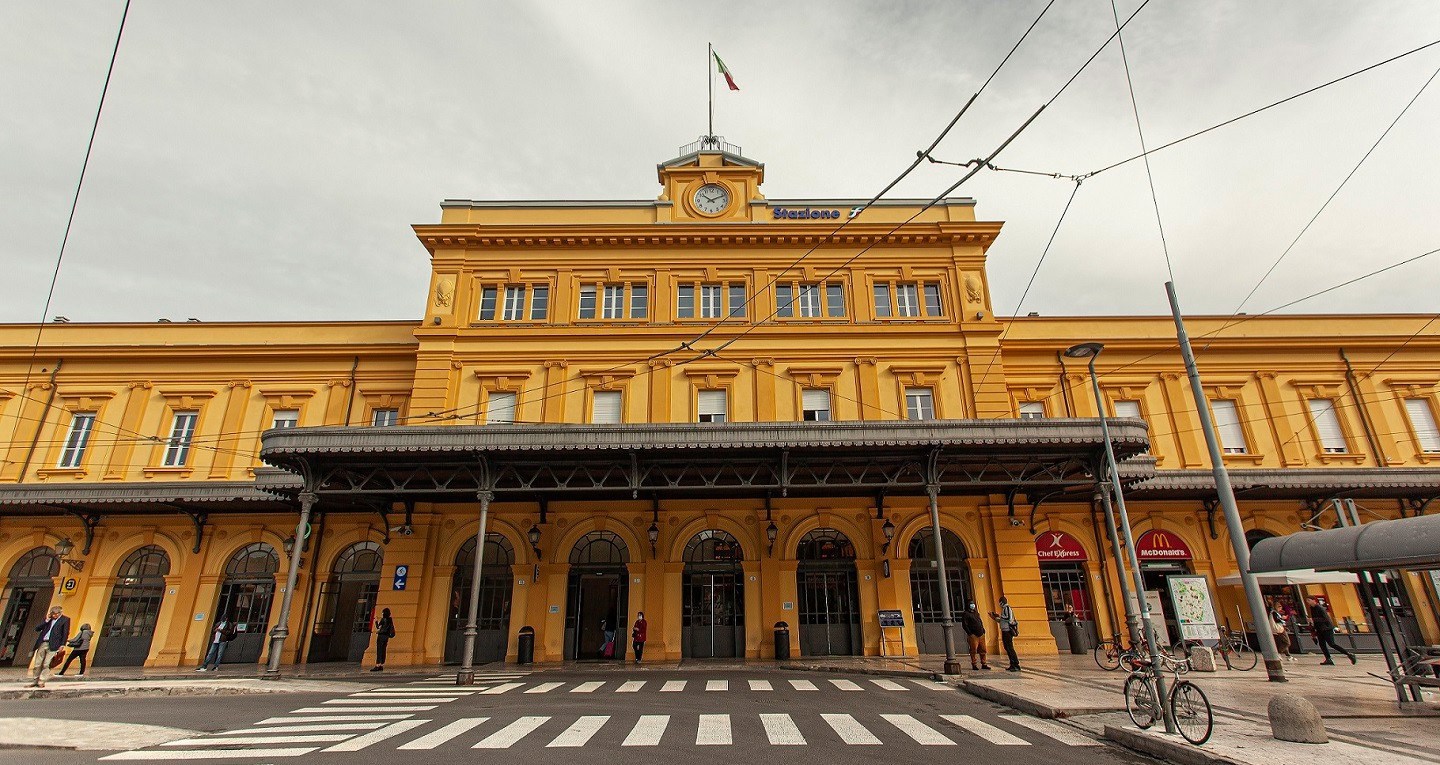 Home
/
Plan the trip
/
Getting to Modena

The Modena train station is in Piazza Dante Alighieri and serves the Milan-Bologna line.

Information about train schedules and tickets is available on the TrenItalia site: www.trenitalia.it.

Modena is also connected to the Mediopadana AV Reggio-Emilia station by Italobus service, which is included in tickets on the high-speed Italo train.

A tourist information office is located in the train station.

Getting to the historical center from the train station

As you leave the station, a taxi stand is located on the right side of Piazza Dante.

There are two luggage-storage offices nearby the station.

The “Aerbus” service connects the Bologna Airport with the center of Modena (a fifty-minute ride). Click here for information about Aerbus.

The Marconi Express monorail connects Bologna Airport to the Bologna train station in seven minutes. Frequent trains for Modena depart from there.

The bus station is on Via Bacchini, about ten minutes on foot from Modena’s historical center. For bus information and schedules, see www.setaweb.it or call 840-000-216.

Modena is located along major bicycle routes and is easily accessible by bike. Modena Province is also crossed by long-distance bike paths that include the EuroVelo 7 (the Ciclopista del Sole or “Sun Path”), a trail that travels between the North Pole to Malta, traversing Europe and Italy from north to south. The Modena area is accessible along the Verona–Firenze section of the Sun Path.