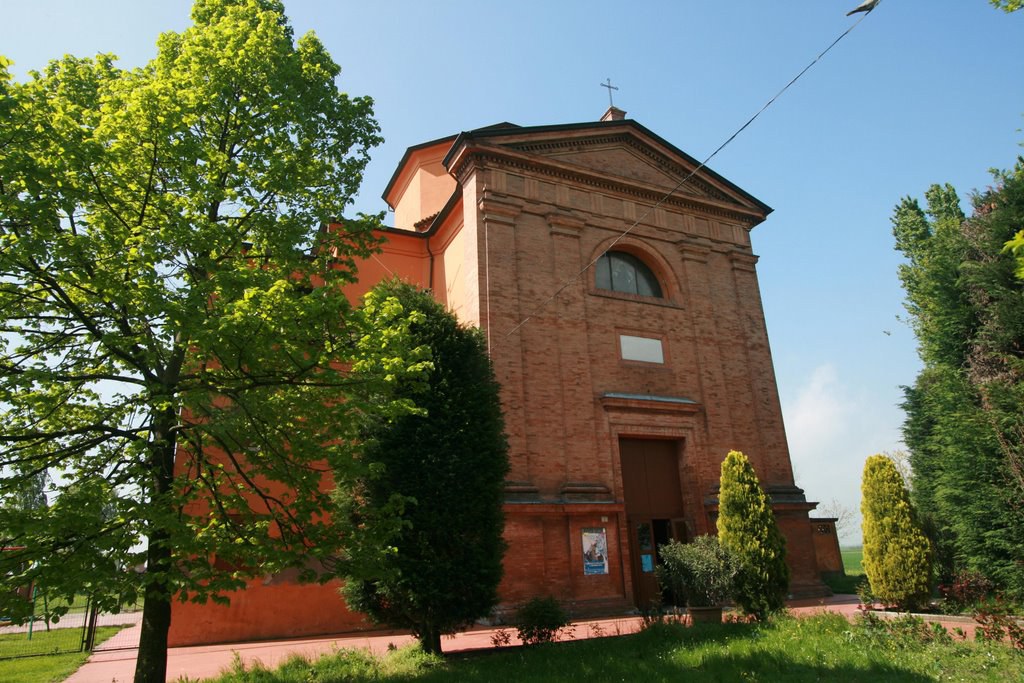 The central chapel bears the image of the Madonna, within a large altarpiece in scagliola made in Carpi from the early eighteenth century; on the sides, in the niches, there are the two marble statues of Sant'Anna and San Gioachino.

A surviving part of the ancient church of San Clemente, prior to the Sanctuary, survives in the low bell tower leaning against the eastern transept, which retains a fifteenth-century appearance.

WHERE WE ARE
Strada di San Clemente, 6, Bastiglia, MO, Italia