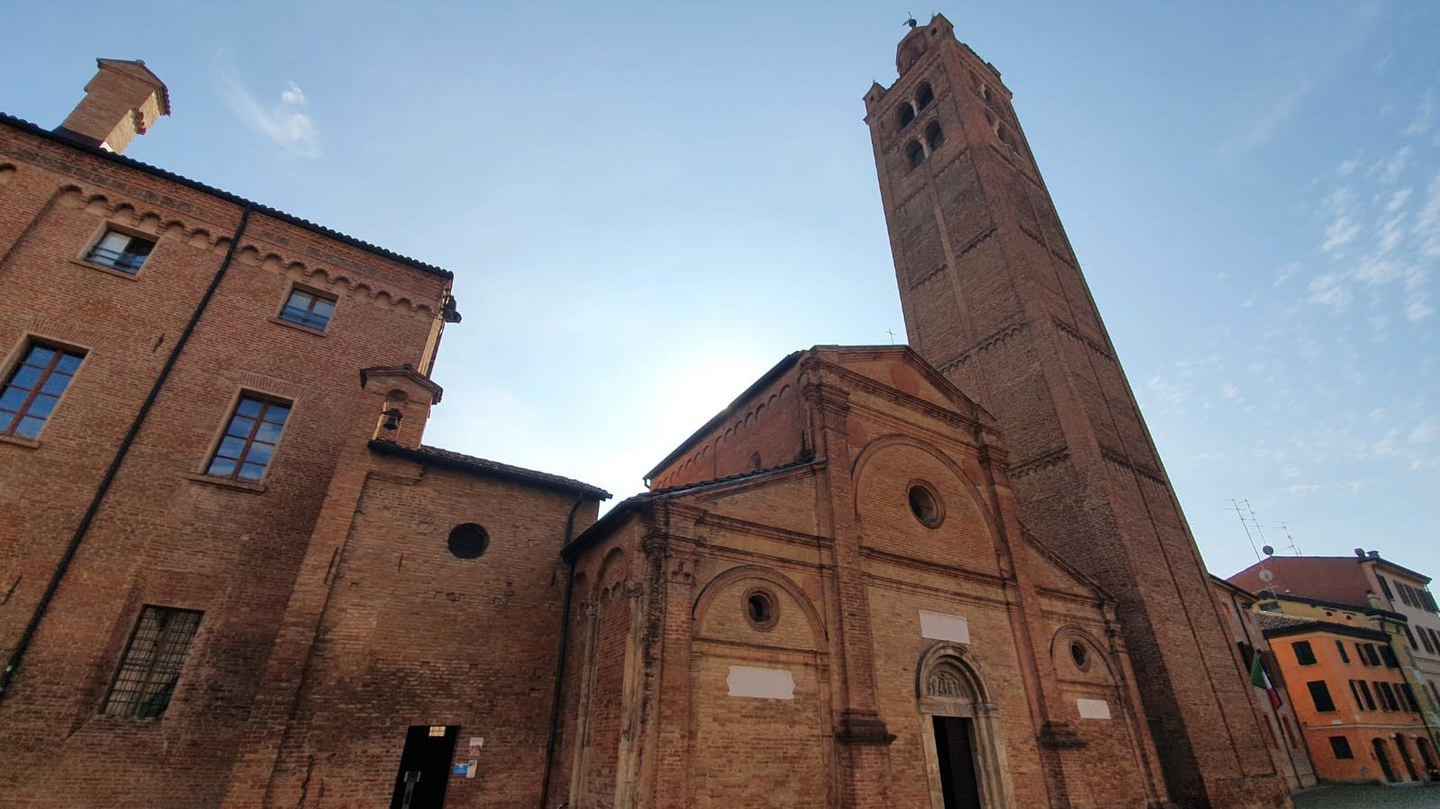 The current Romanesque temple appears to be the result of a reconstruction that Matilda of Canossa had performed in the early XII century. The original interior, shaped like a three-nave basilica, was altered in 1514, when the majority of the church was destroyed. What we see today is, therefore, only the apse of that church.

The current Bramante-style façade was erected using a project by the architect Baldassarre Peruzzi. On the inside, restored by A. Sammarini in the late 1800's, we can admire the Romanesque structure and the frescoes in the nave and in the Byzantine apse (XII century). Worthy of note is the XII century ambo, the portal with the Crucifixion, the 1351 sarcophagus of Manfredo Pio and the cycle of early XV century frescoes in the Santa Caterina and San Martino Chapels, the latter by Antonio Alberti of Ferrara. Restoration was begun in 1983 and concluded in 1986, while restoration of the frescoes was completed in 1992.

WHERE WE ARE
Piazzale Re Astolfo, Carpi, MO, Italia