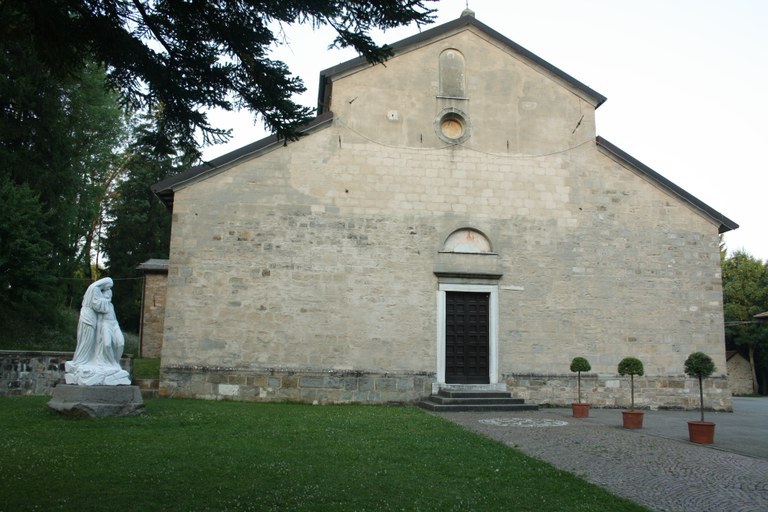 Also the Via Bibulca – traces of which, to be travelled on foot, horse or mountain bike, run almost parallel to the tarmac road, but are more often distant from it amongst woods and meadows – takes us towards Frassinoro, whose name evokes the golden colour of the foliage of the ash trees which grow around here.

After passing the centre of the village we reach the church of Santa Maria e San Claudio, situated in the same point where once rose the powerful Abbey of Frassinoro, founded in 1071 by Beatrice of Lorraine, the mother of Matilda of Canossa, and the most authoritative female figure of the Middle Ages. The church was rebuilt at the end of the sixteenth century after the Abbey had been allowed to fall into ruins. Certain finds are still conserved inside in a museum area, while others were reused in the construction of the current building, the twentieth century bell tower and the rectory.