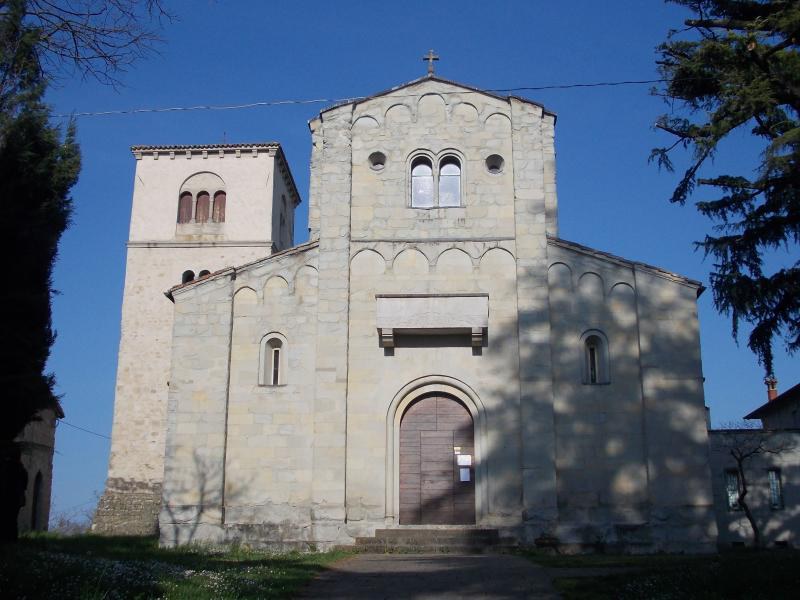 The extensive protected area of the Sassi di Roccamalatina Regional Park has its right flank on the river Panaro, and with a rich variety of natural surroundings, stretches out around the towering spires of the Sassi which, at a height of 70 metres, dominate the surrounding territory. Three signposted routes with amenities for excursions snake across the lush green area.

From Pieve di Trebbio, where there is one of the Park visitor centres, the signs lead to the hill on which sits the Church of San Giovanni Battista, whose existence is recorded as far back as 1163, and according to tradition, was founded by Matilda of Canossa.

Surrounded by woods and meadows in the middle of charming natural beauty, and loomed over by the rocky pinnacles of the Sassi, the Romanesque Trebbio church conserves many of its original features: the internal structure with three naves, the columns, the capitals, the crypt and, on the outside, the entrance door, the two “eyes” with their characteristic oblique outline, an archivolt with outstanding sculptures and some segments of the frame with overhanging arches. The refined decorative motifs are due to the influence of the Byzantines, a population which arrived in the Panaro valley around the year One Thousand.

WHERE WE ARE
Pieve di Trebbio, Guiglia, MO, Italia