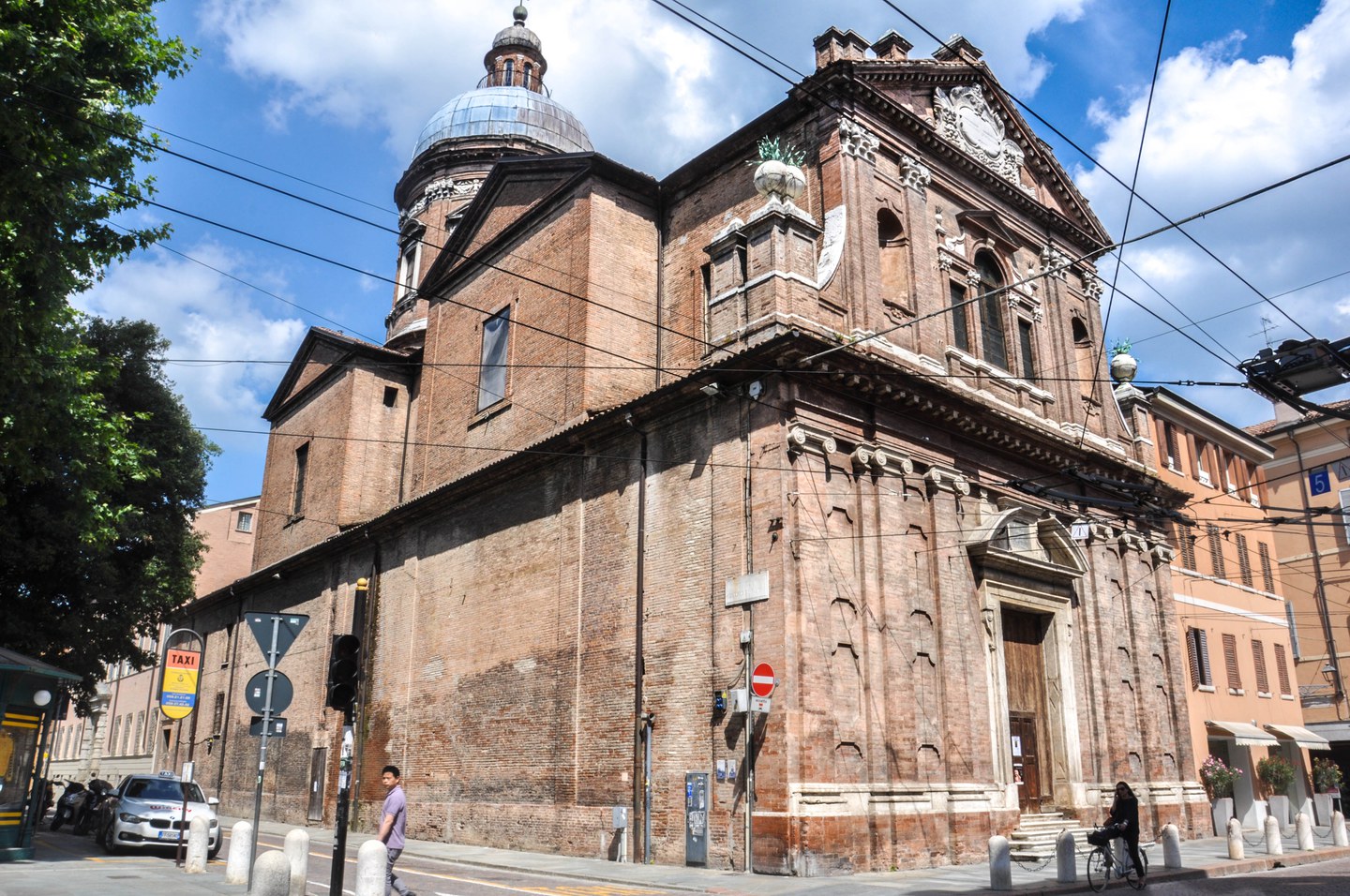 Designed by Cristoforo Malagola, the Chiesa del Voto was built to give thanks to the Madonna for the end of the devastating Plague of 1630. The decision to construct a votive church was made by the City and the Duke Francesco I d’Este, whose court had been forced to take refuge away from town during the epidemic. Within, paintings by Ludovico Lana depict plague scenes. It is not open to the public only for special events.

Work began in 1634 and concluded around 1640 under the direction of the architect Cristoforo Malagola, known as il Galaverna, who took the Bolognese church of San Salvatore as his model. The dome recalls that of the Basilica of the Madonna Della Ghiara in Reggio Emilia, in which the miraculous image of the Virgin is venerated. The paintings on display here include the Pala Della Peste by Ludovico Lana, which narrates the events that led to the construction of the church. The canvas depicts the Madonna Della Ghiara di Reggio, with Saints Geminianus and Omobono, the two protectors of Modena, on her right. On her left are Saints Roch and Sebastian, figures associated with suffering and illness.

Of major interest are the two paintings by Francesco Stringa, depicting the Assumption of the Virgin and the Death of Saint Joseph.

For the physically disabled: Main entrance, 5 steps of 17cm in height.
Entrance on P.zza Matteotti, one single very high step.