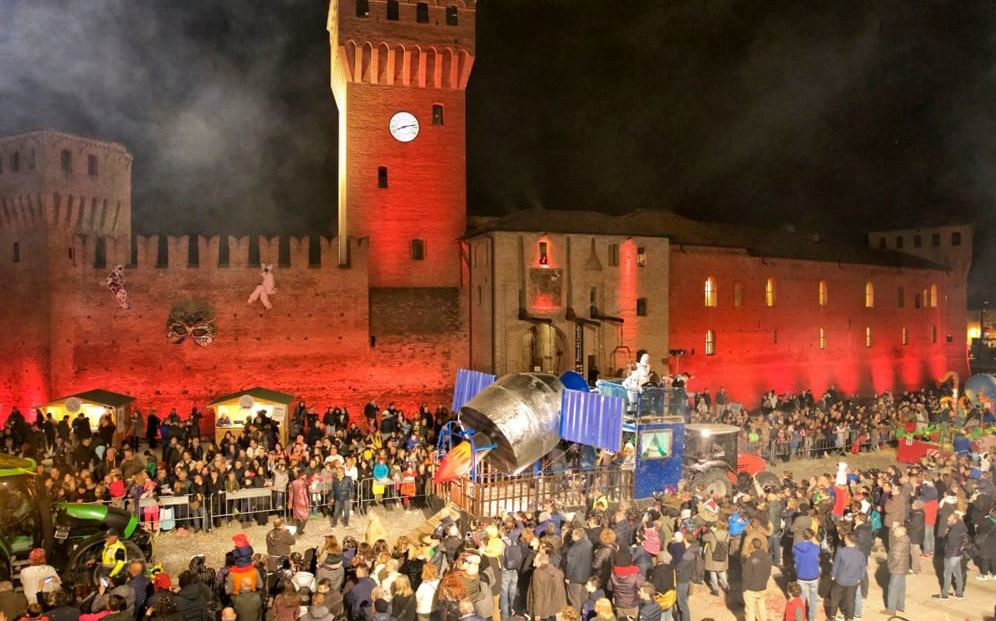 The origins of Carnival, or Mardi Gras, in Formigine date back to the XVIII century when, as Cesare Tacchini writes: "a charity tombola or lotto, hosted by the Community and integrated with private offerings, was held in the square of Formigine in the afternoon the last Sunday of Carnival. The prizes included staples, sheets, clothing and foodstuffs."
At that time the Carnival funeral was held, locally called the "baramort" with generous libation and festive drinking in every bar and tavern.
In the early 1900's, in the Sala delle Loggia and Casinalbo well attended theatrical performances and vigils were held.
In the 1930's the first masked ball was held, which was to become an important fix appointment after 1957, thanks to the Children's Carnival.
In the XX century, along with written records came photographs.
In 1980 the Zingaraia was established; it was the brotherhood of the natives of Formigine and protagonist of the Carnival with "al bivac", (bivouac) camped in front of the castle, and with the opening of the parades entrusted to the King, Queen and Crown Council.
It is a return to the legendary origins of the city, when a tribe of gypsies camped in Formigine and stayed there.
The Zingaraia encountered division in the population of Formigine split into the "tabar" ( cloak) and the "strichet" (teasling).
During the Carnival festivities in Formigine peasant foods are served in the square: polenta, macaroni and fried dough or "gnocco fritto".
On this occasion the ancient rivalry between the Provincial Capital and Casinalbo re-emerges: the former are gypsies, the latter are "Set-e-mez".