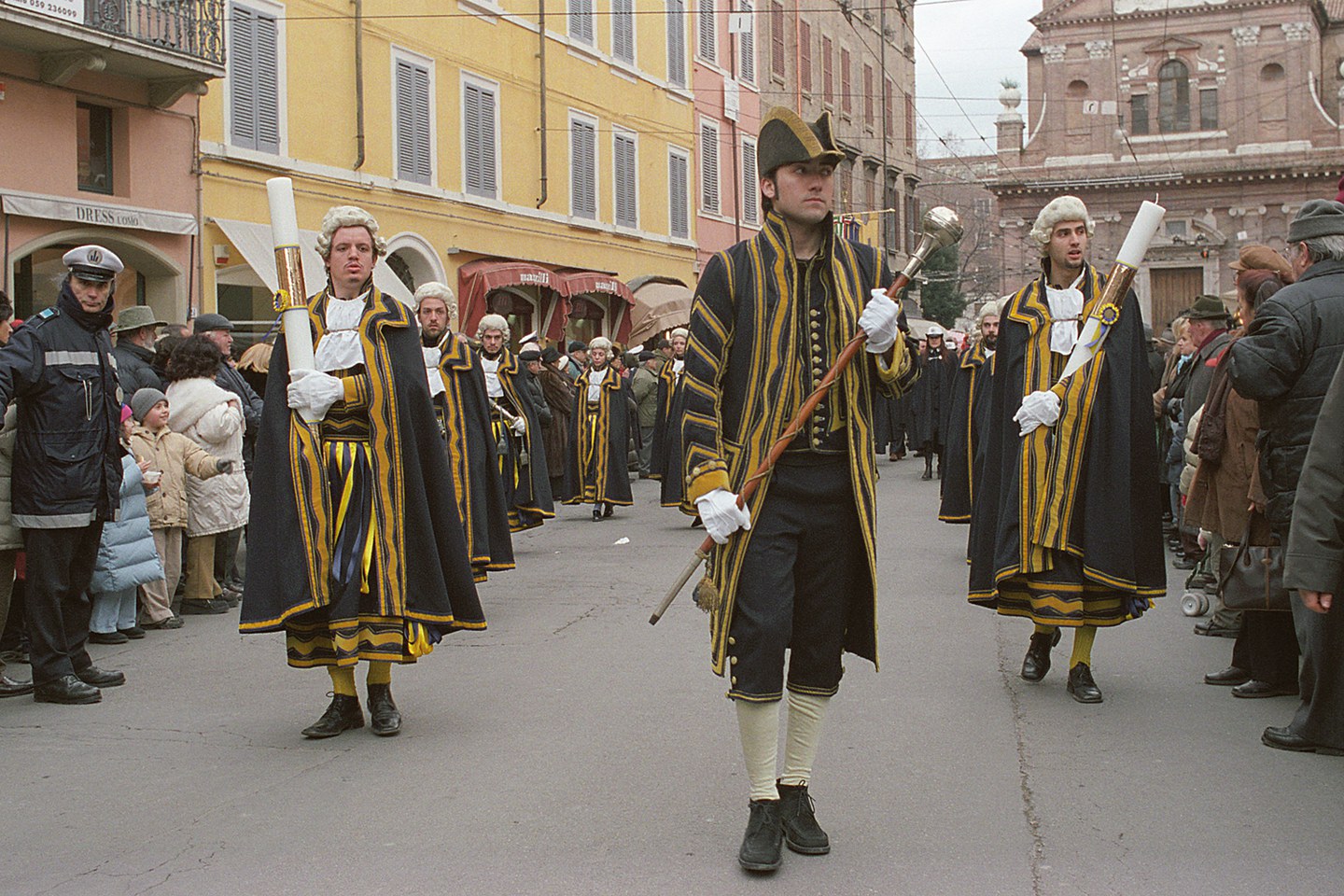 The figure of the Patron Saint interweaves history and legend. This legend tells that in the V century, when the barbaric invasions were beginning, in 451 S. Geminiano saved Modena from the Huns led by Attila, hiding it from the invaders in a thick blanket of fog.
Historically, San Geminiano was the second bishop of Modena, but because of his great moral and pastoral grandeur he was actually the protobishop.
He seems to have been born in Cognento, a town 6 kilometres Southwest of Modena, around 313, when Constantine, issuing the Edict of Milan, granted freedom of worship to Christians.
The Bishop of Modena at that time, Antonio or Antonino, called Geminiano to the clergy, ordaining him his deacon.
After the death of Antonino, Geminiano was elected Bishop by the will of the people, certainly around 350 and no later than 363.
The episcopate of Geminiano took place in a period of relative peace when there was both political calm and religious freedom.
His work, led in a nearly totally pagan environment, had to be strong and incisive.
He is the father of the faith of the Christian community of Modena which honours him also for his miracles, often depicted in paintings and sculptures.
Geminiano evangelised the pagans and defended the Christian community from the horrors of the heretics. It has been documented that in 390 he participated to the Council of Milan which condemned the errors of the monk Gioviniano, who denied the virginity of Mary. However, the episode depicted with greatest resonance in the iconography, always characterising him as a thaumaturge, was his journey to the East to free the daughter of the Emperor Gioviniano, possessed by the devil.
Geminiano ended his forty years of Episcopal life on January 31, 397. He was buried in a sarcophagus in a cemetery area fifty meters south of Via Claudia, today called Via Emilia.