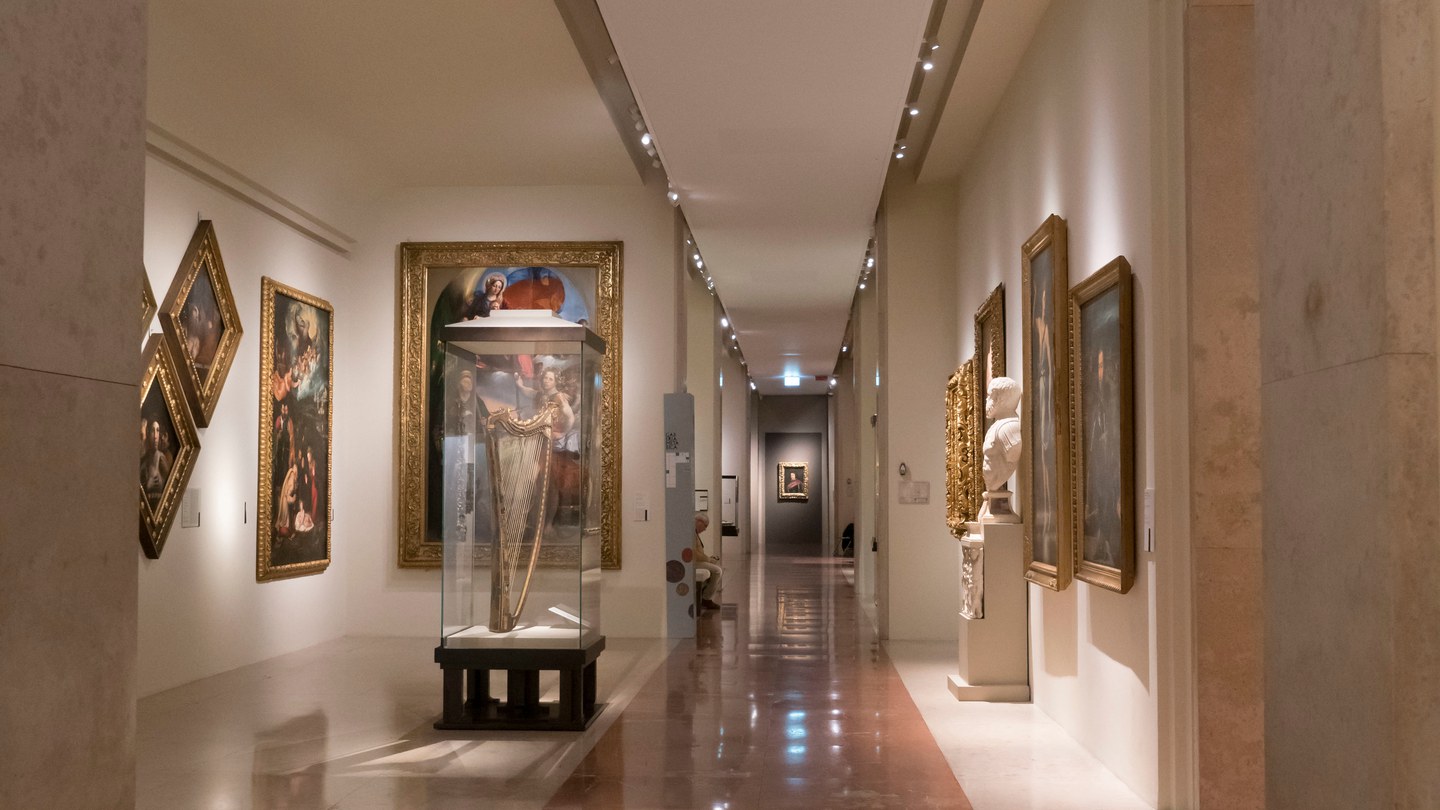 The tour sets out from the Palazzo dei Musei in Modena’s historical center. The Estense Gallery and the Civic Museum are housed here, and both contain examples of ancient and beautiful musical instruments.

The Estense Gallery, for instance, exhibits such unique examples as the “Este Harp,” commissioned by Duke Alfonso II from a Roman harp builder and made of maple, pear, and pine wood.

Credit for the presence of these splendid pieces goes to Francesco II of the House of Este. A lover of all the arts, the Duke was also deeply interested in curious and bizarre objects. As a result, beginning in 1686, be began to assemble musical instruments made partly of marble and partly of wood that were commissioned more for their beauty than for practical use. What remains of that collection is housed in the Estense Gallery, and three instruments inlaid with Carrara marble (a flute, a guitar, and a harpsichord), along with a violin and a cello with wood inlays, are of particular interest.

The Civic Museum of Modena houses Gennaro Fabbricatore’s lyre-guitar in wood, brass, and bronze; a rectangular, single-keyboard spinet harpsichord that dates to between the 16th and 17th centuries; Pietro Termanini’s 18th-century wooden harpsichord; a late-18th-century serpent (a bass wind instrument) in wood, leather, and brass; and Antonio Apparuti’s brass horn.

The Estense Gallery, one of the oldest and most important museums of its kind in Italy, displays the collections of the Este dukes, including musical instruments.

The Civic Museum of Modena, founded in 1871, house important collections donated by the city’s wealthy families, including musical instruments.