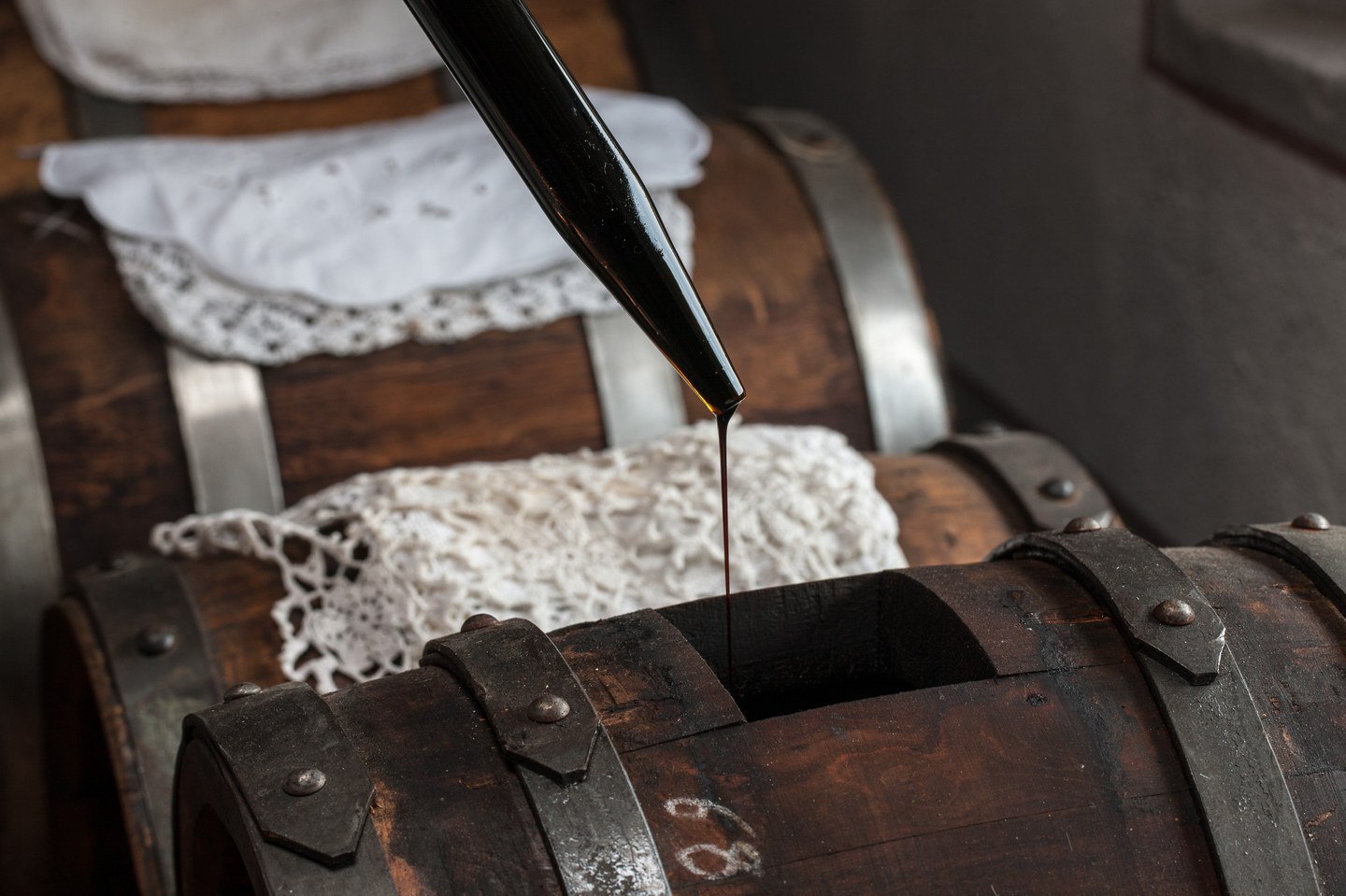 The moment you enter, you’ll be greeted by the aroma of the vinegar that is fermenting and maturing in vasselli or casks on the tower’s second and third levels. Vinegar cellars, in fact, must be placed in attics because they allow a relatively stable climate to be maintained both during hot summers and harsh winters. Traditional balsamic vinegar, if it is to bear the PDO (protected designation of origin) mark of excellence, needs such an environment for proper fermentation and decanting.