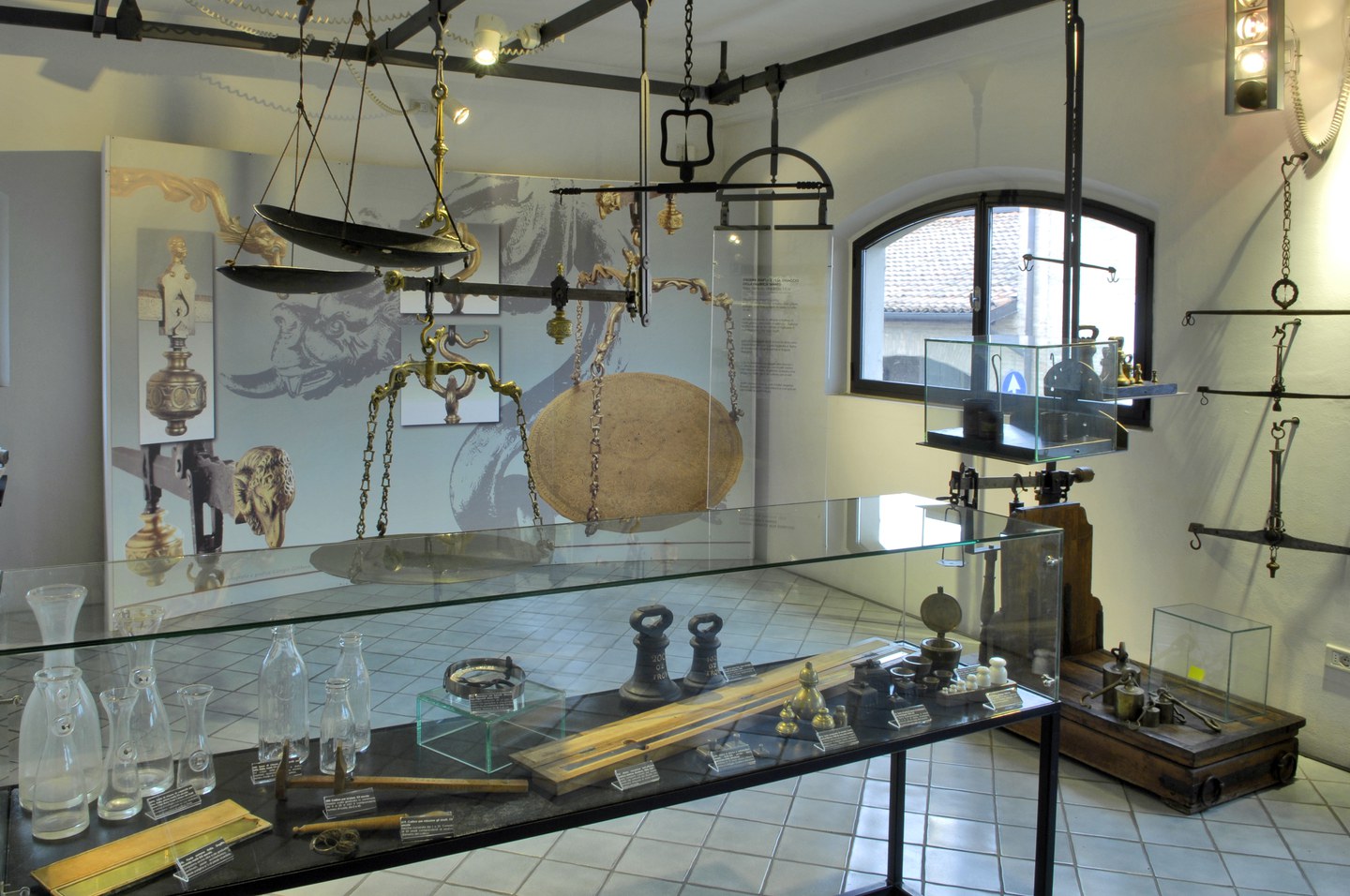 Campogalliano is located east of Modena and served as a medieval fortification for the defense of the Secchia River. The village’s economy was primarily agricultural. Traces of that history remain in local place names such as the nearby Piazza Castello, originally the center of the town, which, in medieval times, was surrounded by a moat and connected by a bridge to a military encampment. Campogalliano was later annexed into the marquisate of the Estes of San Martino, a lower branch of the famous family of Ferrara, which originally lived in a castle in San Martino in Rio. The Montagnole Park still preserves buried traces of the fortification and later feudal residence.

For more than a hundred years, Campogalliano has been a leading industrial manufacturer of scales, balances, and related measuring instruments. That history gave rise to the Museum of Scales and Balances, the only museum of its kind in Italy. The “Museo della Bilancia” houses a collection of measuring devices from the time of the Romans to the present and documents the history of human efforts to quantify weight and mass.

An impressive collection of ex-votos can be found in the Sanctuary of the Blessed Virgin of Sassola. Sports and nature aficionados won’t want to miss a visit to the Curiel Lakes, originally gravel quarries that, over time, filled with ground water. The environment created in this process led to the rigorous growth of marshlands that are now home to more than a hundred varieties of birds.

The Museum of Scales and Balances (Museo della Bilancia) is the only one of its kind in Italy and preserves the history and development of instruments created for the measurement of weight and mass. Founded in 1989, the museum’s collection includes more than 9,000 objects donated by private individuals and businesses. The museum documents the history of platform and balance scales, calibration weights, and other instruments, as well as a varied collection of documentary materials such as posters, catalogues, original prints, and reproductions of vintage photographs.

The Curiel Lakes area offers an intriguing natural landscape. The lakes themselves are widely used for recreation and sport. The area includes the Secchia River Casse di Espansione Natural Preserve. The Preserve protects flora, fauna, and local ecosystems as part of an environmental restoration project.

The sites in Campogalliano’s center include the seventeenth-century Torre dell’Orologio (clock tower) in Piazza Castello, which is a stone’s throw from the Montagnole Park and its traces of medieval history, and the contemporary architecture in Piazza della Bilancia.

The Barchetta Bridge, a modern construction with an eighty-meter suspended iron arch, connects Modena and Campogalliano.

There’s excellent dining in Campogalliano all year round, but an annual food fair known as “Piatti della Bilancia” is worth keeping in mind. During the event, area restaurants offer menus inspired by the concept of “balance.” Dishes made with seasonal delicacies are designed to showcase local products such as lambrusco wine, Parmigiano-Reggiano cheese, prosciutto, and traditional Modena balsamic vinegar, and are often reimagined versions of traditional recipes with new and exciting pairings.

Sanctuary of the Blessed Virgin of Sassola

The Sanctuary was built in 1745 to house a venerated image of the Madonna. The artifact, painted on wood and dating probably to the seventeenth century, was found among the stones (or sassi) on the banks of the Secchia River—hence the name “Sassola.” The Sanctuary houses an extraordinary collection of ex-votos from the 1700s to the present.

The Garden of Ancient Fruits

The Garden of Ancient Fruits (Giardino dei Frutti Antichi) is adjacent to Casa Berselli, Campogalliano’s vinegar-production center, in the area between the Curiel Lakes and the Secchia River retention basin (14 Via Albone). The “garden” is actually an orchard in which some sixty different cultivars native to the river valley, along with various types of wine grapes and indigenous trees (field maples, elms, etc.), are planted. The concept was to create an “Emilia Plantation” as a teaching laboratory in an area that belonged to the local parks authority. There is no charge for admission.

Sassola sanctuary in Campogalliano
The Sanctuary was built in 1745 to house a venerated image of the Madonna. The artifact, painted on wood and dating probably to the seventeenth century, was found among the stones (or sassi) on the banks of the Secchia River—hence the name “Sassola.” The Sanctuary houses an extraordinary collection of ex-votos from the 1700s to the present.
Museo della Bilancia in Campogalliano (Museum of scales and balances)
The museum is divided into several sections
Contact details

WHERE WE ARE
41011, Campogalliano, Modena