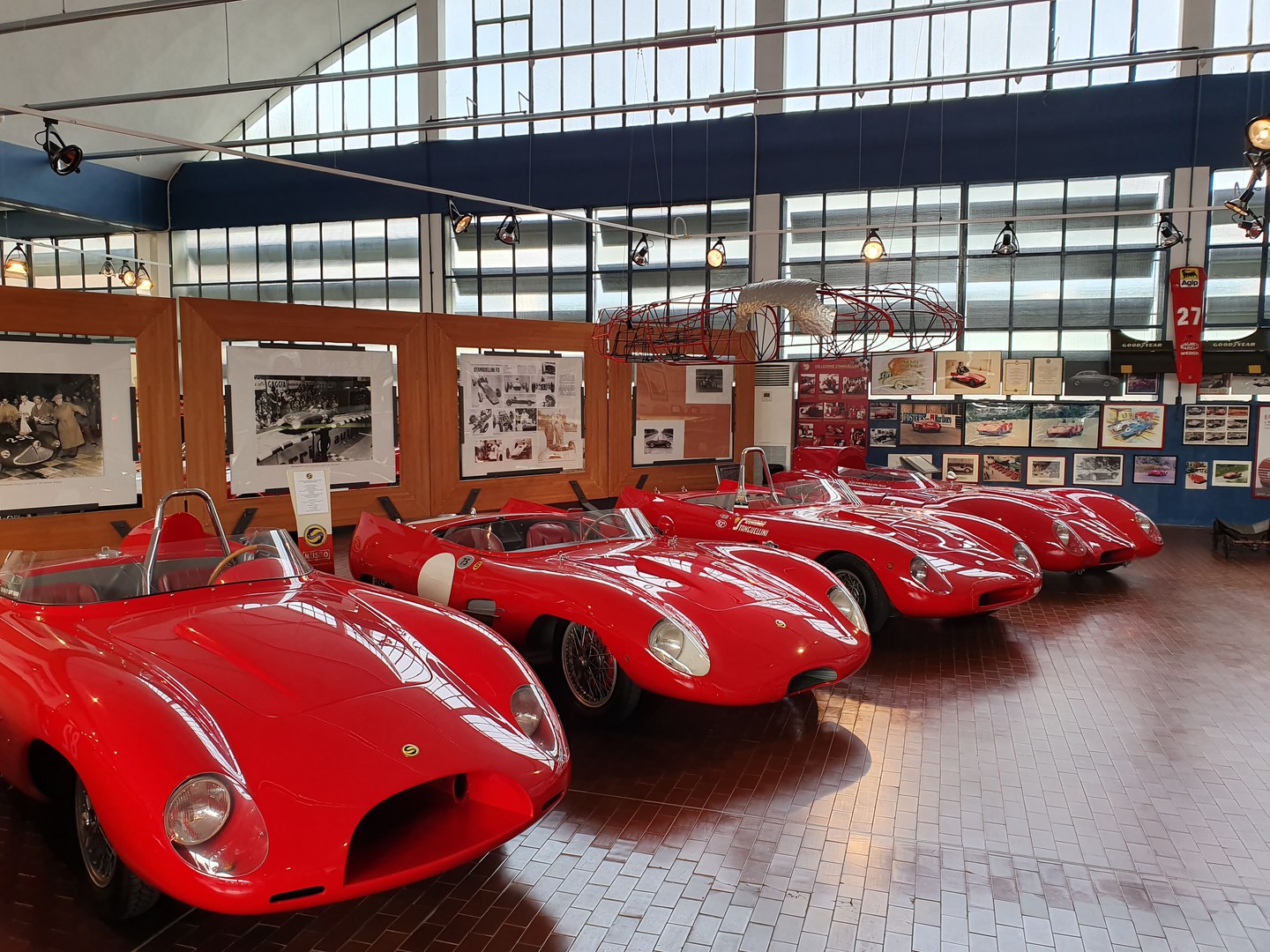 The art of Modena car maker Stanguellini consisted of creating very light automobiles, built and rebuilt for speed. In the fascinating Stanguellini Museum, founded in 1996 by Francesco, son of the legendary Vittorio, visitors can admire the finest cars, motorcycles, accessories, and the advertising material of the epoch. Outstanding among the 30 or so most important automobiles are Fiat’s first Sport 750s and 1100s and the Stanguellini Junior 1100

The name of Stanguellini is synonymous with stylish sports cars. A family firm created in Modena at the dawn of the automobile era, Stanguellini made its name through Vittorio, who set up a racing team in 1925, a rival to the equally local Ferrari. Economizing on space through ceaseless expert chiselling and perforating, Stanguellini had but one single aim: speed. First by modifying cars created by others, and then by constructing its own, Stanguellini began an extraordinary series of victories in the most important races of the day. With the Targa Florio, the Mille Miglia, and various European championships, Stanguellini soon reached worldwide fame. The kind of vehicles used, such as the Stanguellini Junior 1100 which won the Monte Carlo Grand Prix, are on display at the Museo Stanguellini.