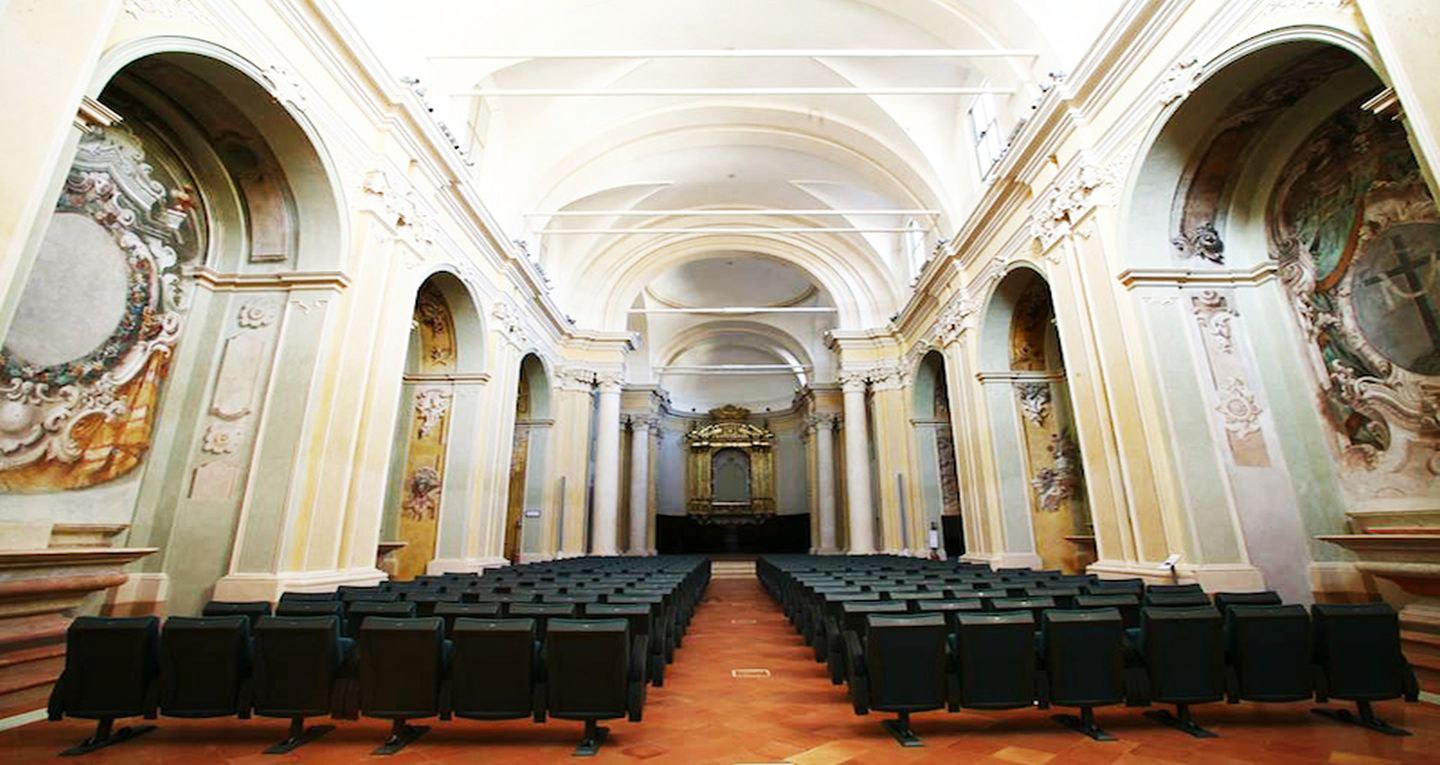 The church was of the Servants of Mary, arrived in Carpi in 1495 called by Alberto Pio III.
It was rebuilt in its current position since 1523, then rebuilt, together to the convent in 1750.
It comes with a beautiful façade and a sixteenth part still airy interior with four chapels on each side and a deep presbytery, decorated with stucco and frescoes in the chapels at the hands of the designer Giovan Battista Fassetti . The paintings of G. Varotti, F. Morini, F. Kiosks, G. Martinelli and others who were in the altars are kept out for precautionary reasons in the episcopal palace and the church of St. Ignatius.