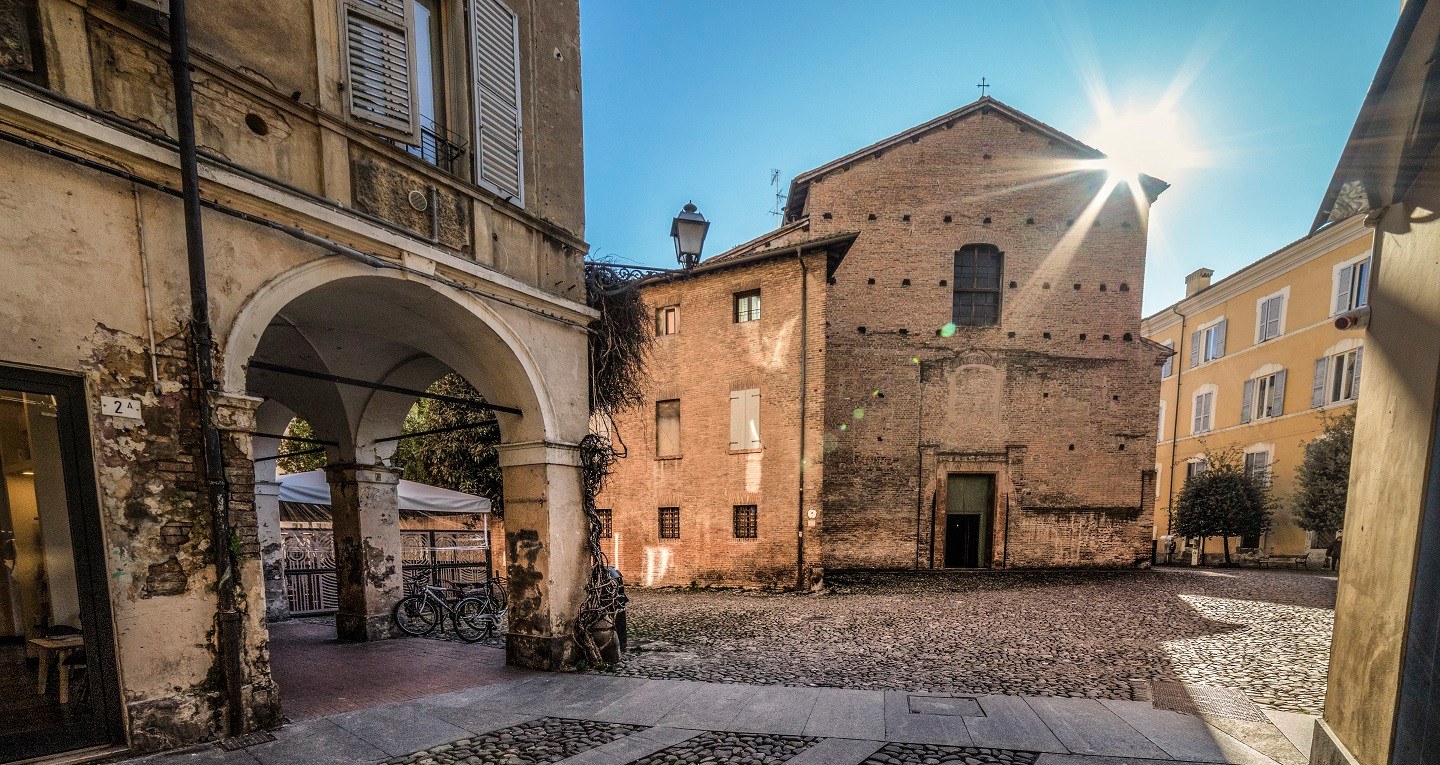 In Corso Vittorio Emanuele II, on the corner with Corso Cavour, you can still see the façade of what was a Church, once adjoining the Monastery of the Salesians, founded by the Duchess Laura Martinozzi of Este in the area of the Ducal garden in 1672. The convent was occupied by some nuns of the Order of the Visitation of Holy Mary, who had come from France. The duchess had an arch built to act as a handy inner passageway between Palazzo Ducale and the convent. Today, along Corso Cavour, there is a bridge linking the Palace (home to the Military academy) and the former convent, which was transformed into a barracks in 1873.

Until that time, the church contained a statue of the Madonna in stucco from Lucca, donated by Pietro Ciomei who had a vision in 1675 in which the church and the Monastery of the Salesians in Modena was indicated as the future home and guardian of the statue.

The façade of the former church had a three-arch portico, which can still be seen despite having been walled in. There were three gates between the columns.

HOW TO GET THERE

Opening dates and times
The former church is closed to visitors

WHERE WE ARE
Corso Vittorio Emanuele II intersection with Corso Cavour , Modena, Modena