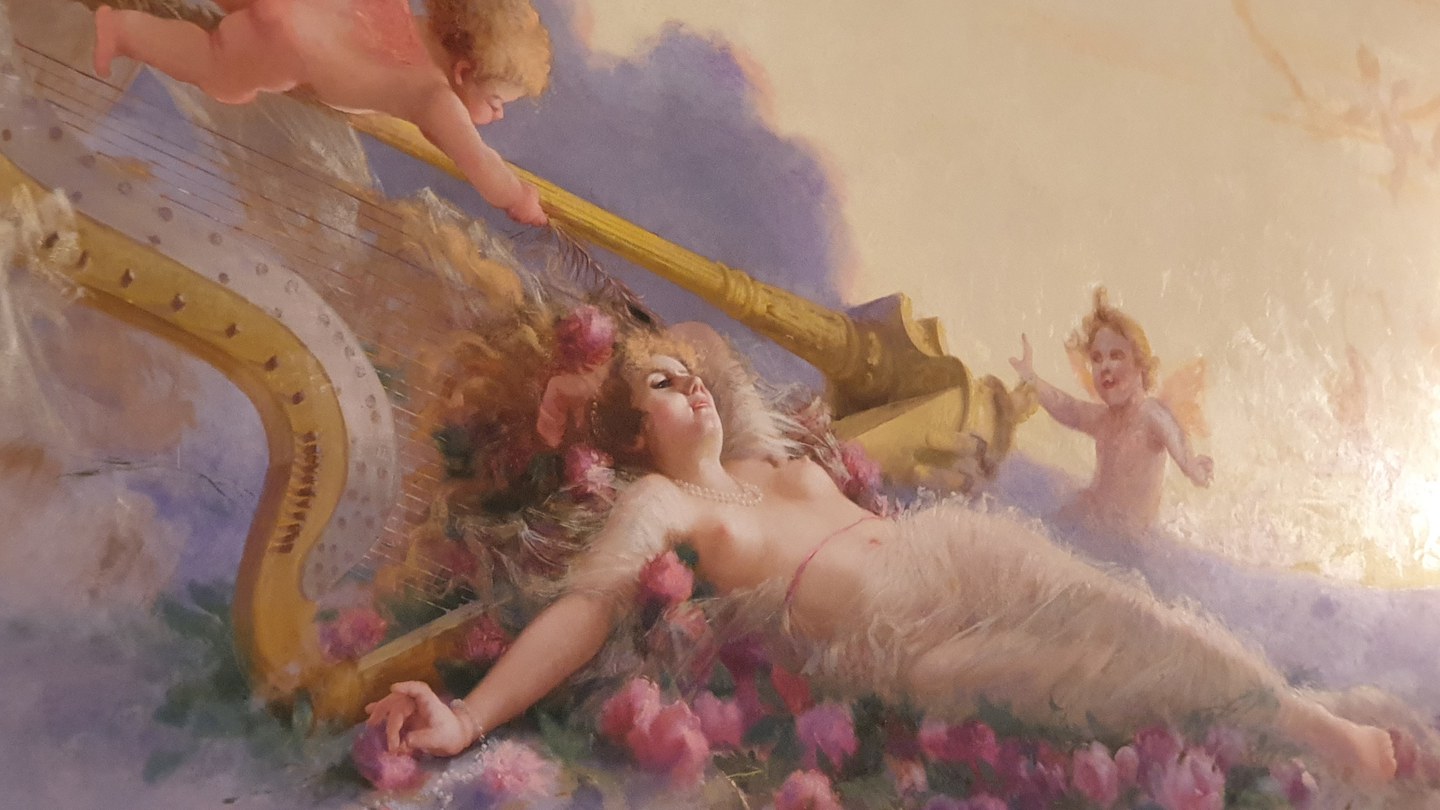 The facade of this one storey building is constructed in smooth, stuccoed brick. The two, large twin-lancet windows on the terraces, embellished with renaissance style terracotta objects are also particularly worthy of note. An original, 15th century Venetian, gothic twin-lancet window salvaged from an ancient noble house which had been demolished in the city adorns the palazzo's courtyard. A majestic neo-baroque staircase can also be admired next to the painted nymphaeum and takes visitors up to the main floor of the house, decorated by Modena-born artists Lelio Rossi (1844-1907), Fermo Forti (1839-1911), Andrea Becchi (1849-1926) and Carlo Grossi (1857-1931). The following can be visited with prior booking.

The Large Hall on the Main Floor

Contains furnishings and decorations which have been specifically designed for it, such as its wooden doorframes and the imposing marble fireplace in the late 16th century-inspired living-room located next to it.

This room still contains its original decorations. Carlo Grossi's (1857-1931) paintings are on display in the "Salotto rosa," and illustrate the "Phases of the day" with frolicking feminine figures intertwined with flowers and with unmistakably liberty touches, particularly in terms of their details: ribbons, veils, hairstyles painted with light, deft brushstrokes and bright colours alluding to an innocent eroticism. The roof paintings in this ample room have been attributed to Lelio Rossi (1844-1907) and contain geometrical representations recalling the late neo-classical period with grotesque touches hinting at neo-renaissance decorations.

The small is found on the ground floor and has been decorated with an exotic, green, hilly landscape which possibly represents Africa during the colonial period between the 19th and 20th centuries.