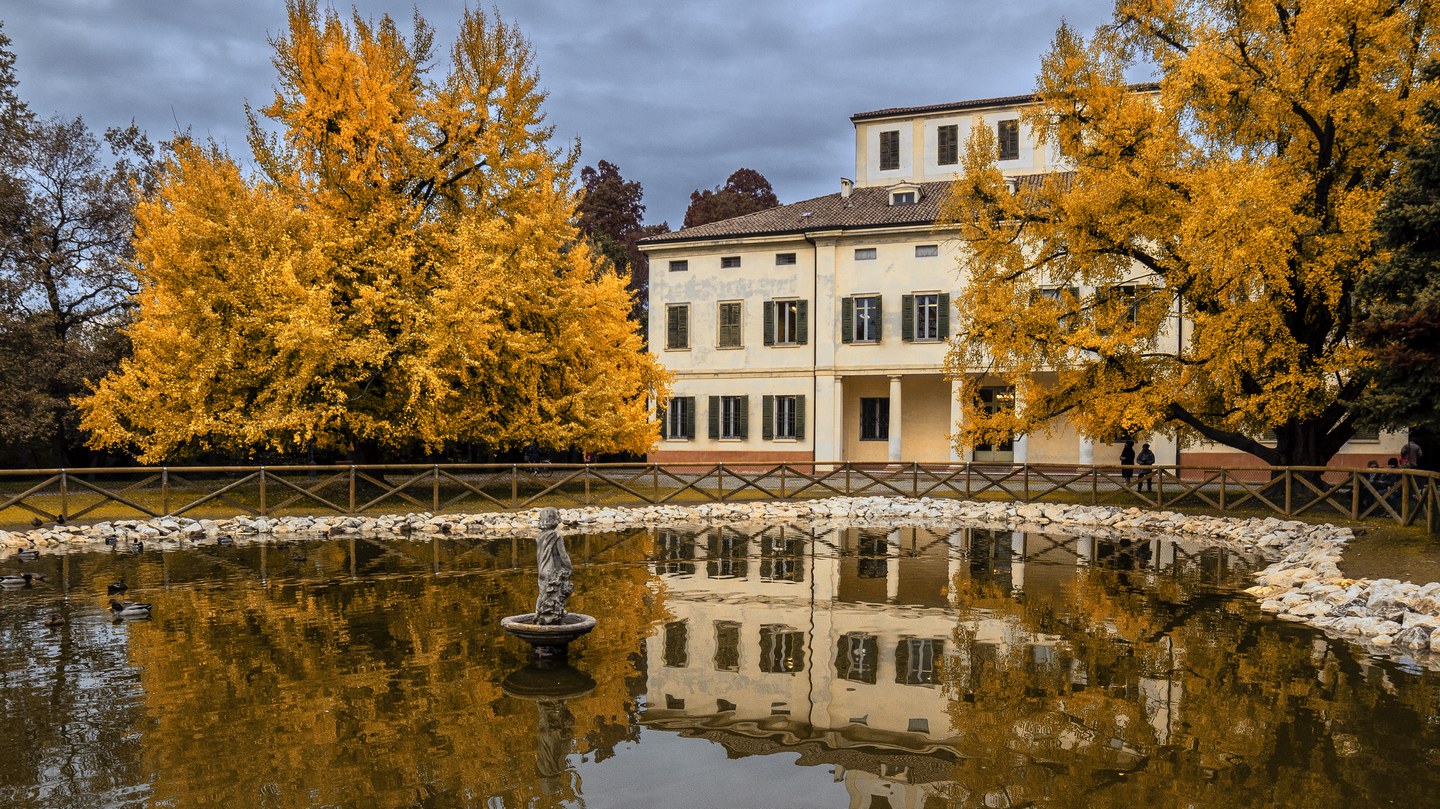 On the Via Sant’Antonio, just a few metres from the historic centre of Formigine and the castle, lies Villa Gandini, an extraordinary example of Modenese neoclassicism, surrounded by the luxuriant Resistenza park.

The look of the villa is mostly due to the Gandini, a noble Modenese family linked to the Este court, who became its owners in 1791. The building was designed by the ducal architect Francesco Vandelli and continues to house paintings, bas reliefs and decorations created by illustrious names from the architectural and artistic movements of the time. Villa Gandini currently houses the municipal library.

The historic garden of Villa Gandini is part of the larger Parco della Resistenza which extends over an area of 106,266 square metres. It probably already existed in 1854, as evinced in a document which testifies the construction of a sham ruin, in line with the taste for the landscape or English garden which was in vogue at the time.

It was Count Luigi Alberto Gandini, the owner of the luxury villa and an aficionado of botany and gardening, who was to define the current extension of the historical garden in the Eighteen Seventies. To this period date the siting of ornamental elements such as the famous Guglia (Spire) or Column of the Population of Formigine, still visible, and the two monumental examples of Gingko Biloba, a plant originally from China, a rare living fossil, on the southern side of the villa.

Again in tune with the fashionable English garden, irregular-shaped flowerbeds were created, with exotic plants and annual flowering, to create a link between the surrounding garden and the imposing architecture. After the second world war, the park was rearranged and, later on, Daria Bertolani Marchetti, an illustrious botanist and palynologist and a former director of the Modena botanic gardens, landscaped the area in the style of an English garden.

Groups visits by appointment only.

WHERE WE ARE
c/o Parco della Resistenza - Via Sant'Antonio, 4 , Formigine, Modena