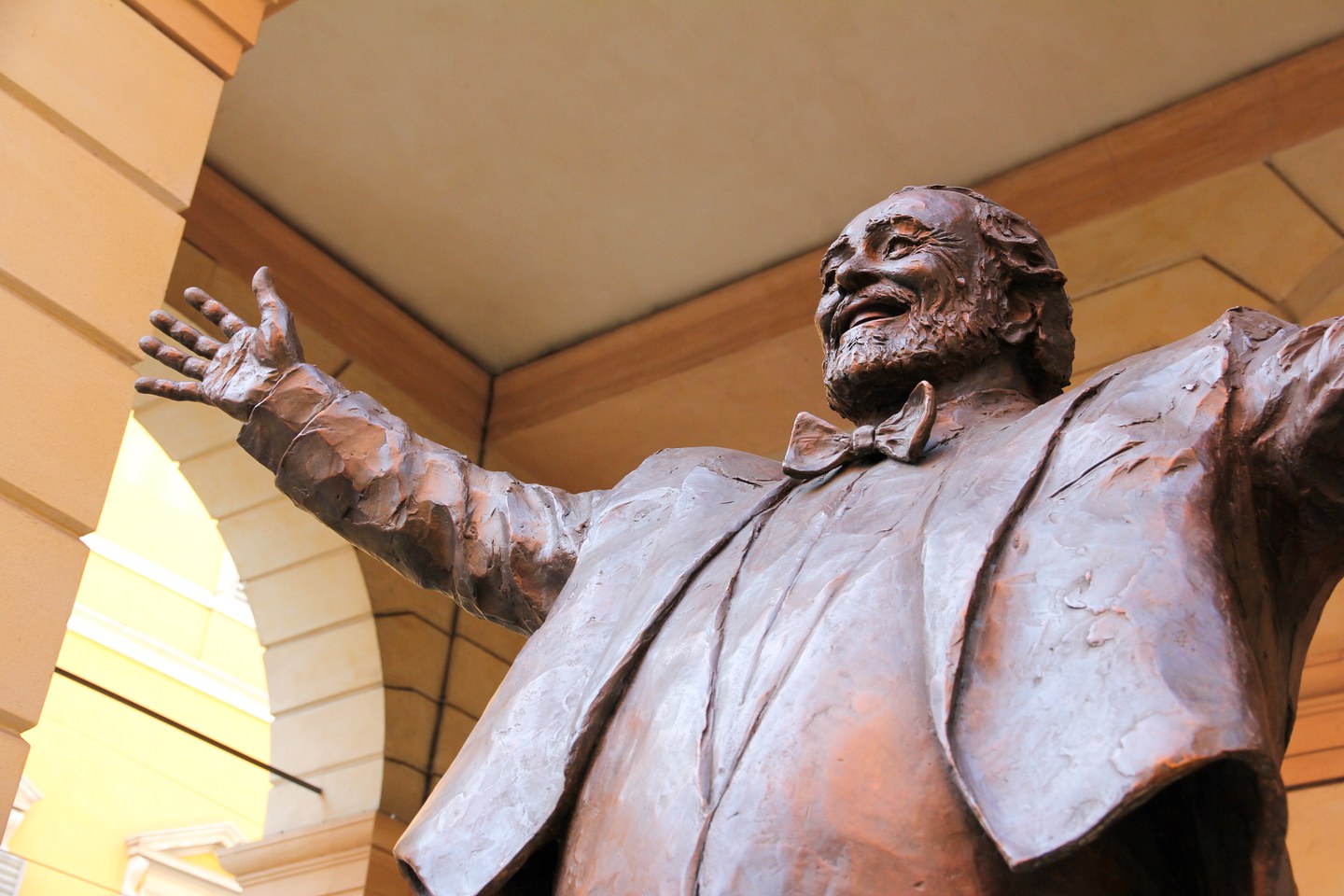 Born in Modena in 1935, Pavarotti was introduced to singing by his father, Fernando, a great opera lover and excellent amateur tenor.
While still very young he sang in the Modena cathedral choir, after which he began his singing studies with the teacher Arrigo Pola, his fellow townsman.

His official debut took place in 1961, with a performance of "La Bohème" at the Teatro Municipale of Reggio Emilia. He made his first record in 1964 with a collection of famous arias accompanied by the London Royal Opera Orchestra.
Since then his career has followed a vertiginous path, taking him to the peaks of fame in world opera.
The countless prizes, honorary degrees, golden discs and worldwide recognition which he has won have not made him any less attached to his native city, where he returns as soon as he is free from work.

The great tenor has died Thursday, 6 September 2007. He is buried in the cemetery of Montale Rangone, in the province of Modena.