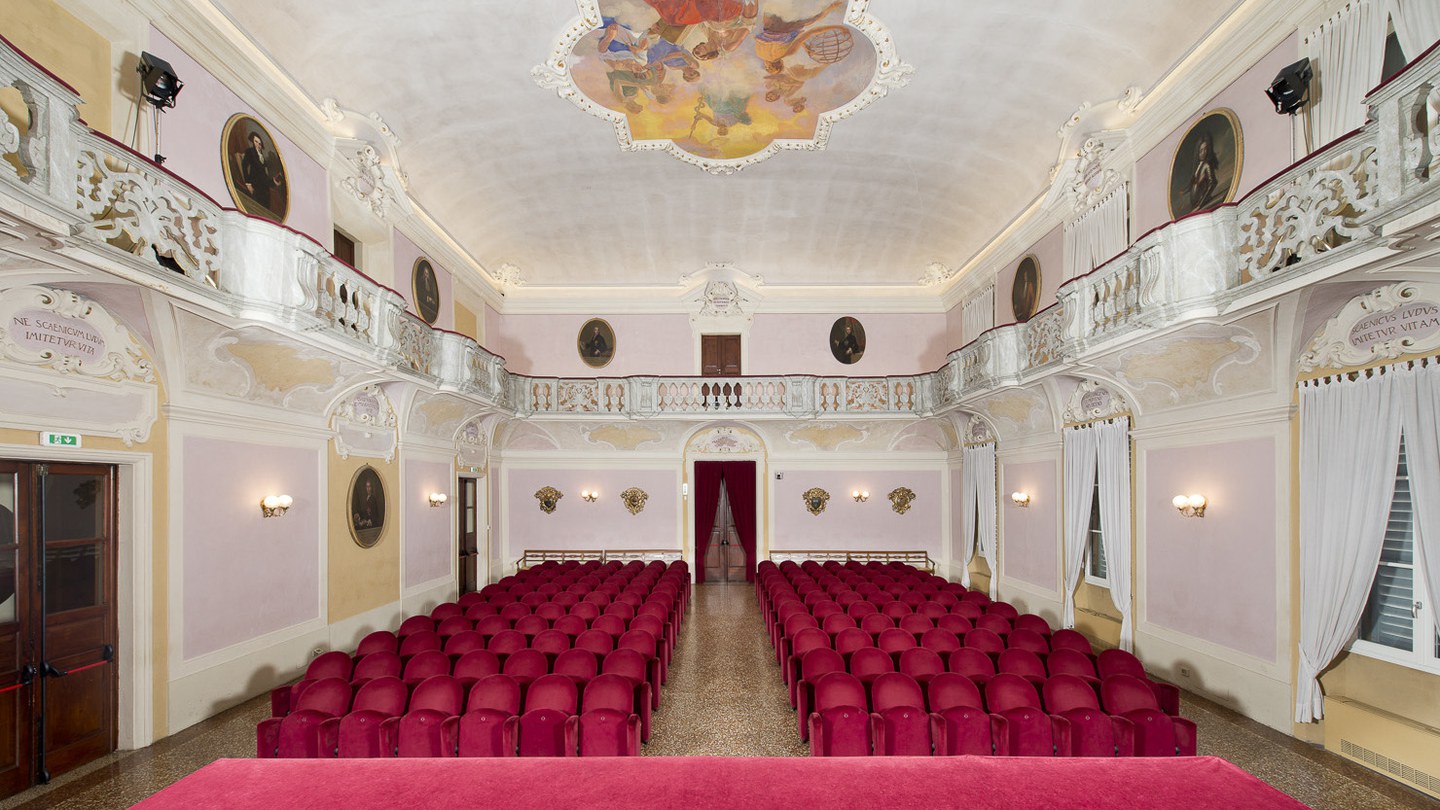 The theatrical activity was part of the education of the young nobles who were enrolled in the Collegio and who performed here several times a year, usually in the presence of the Dukes of Este, part of the court and sometimes their families. Today, the Archives of the Fondazione still preserves many testimonies of these performances: music sheets, theater programs and printed booklets. The fervor of the theatrical activity led to the decision to renovate the hall only a few years later, in 1753, giving it the shape that we can still see today, with a new furniture in step with the times: a double order of boxes allowed the audience to overlook the hall and to enjoy the shows, while the proscenium boxes were reserved for the Dukes and the court.

The theater was redecorated several times to adapt it to new tastes and new needs: for example, in 1874 a central oculus was opened to make the chandelier rise and fall. In 1929-30 it was necessary to completely redo the roof and the ceiling of the theater. The hall was lowered, losing its Eighteenth-century proportions; the second order of boxes was eliminated – now a balcony running along the three sides of the hall remains – and the new ceiling was decorated in 1932-33 by Arcangelo Salvarani in collaboration with the pupils of the Academy of Fine Arts: the fresco represent Minerva surrounded by the Liberal Arts.

Over time, the theater also hosted other activities and in the 1930s some photos testify that sometimes it was used as a gym, with gymnastic equipment placed on the stage. The major renovation of the entire building, which took place between the Eighties and the Nineties of the Twentieth century, also involved the theater, which had returned to its original aim. Now, it is still possible to see the late Baroque decorations, of sober elegance, and the profile of the marbled wooden balcony.

On the walls, one can admire the portraits of some of the best students of the Collegio, named "Princes" of the internal Academy, and the painted wooden coats of arms representing the noble families of some students who attended the Collegio between the end of the Seventeenth century and the early Eighteenth century.