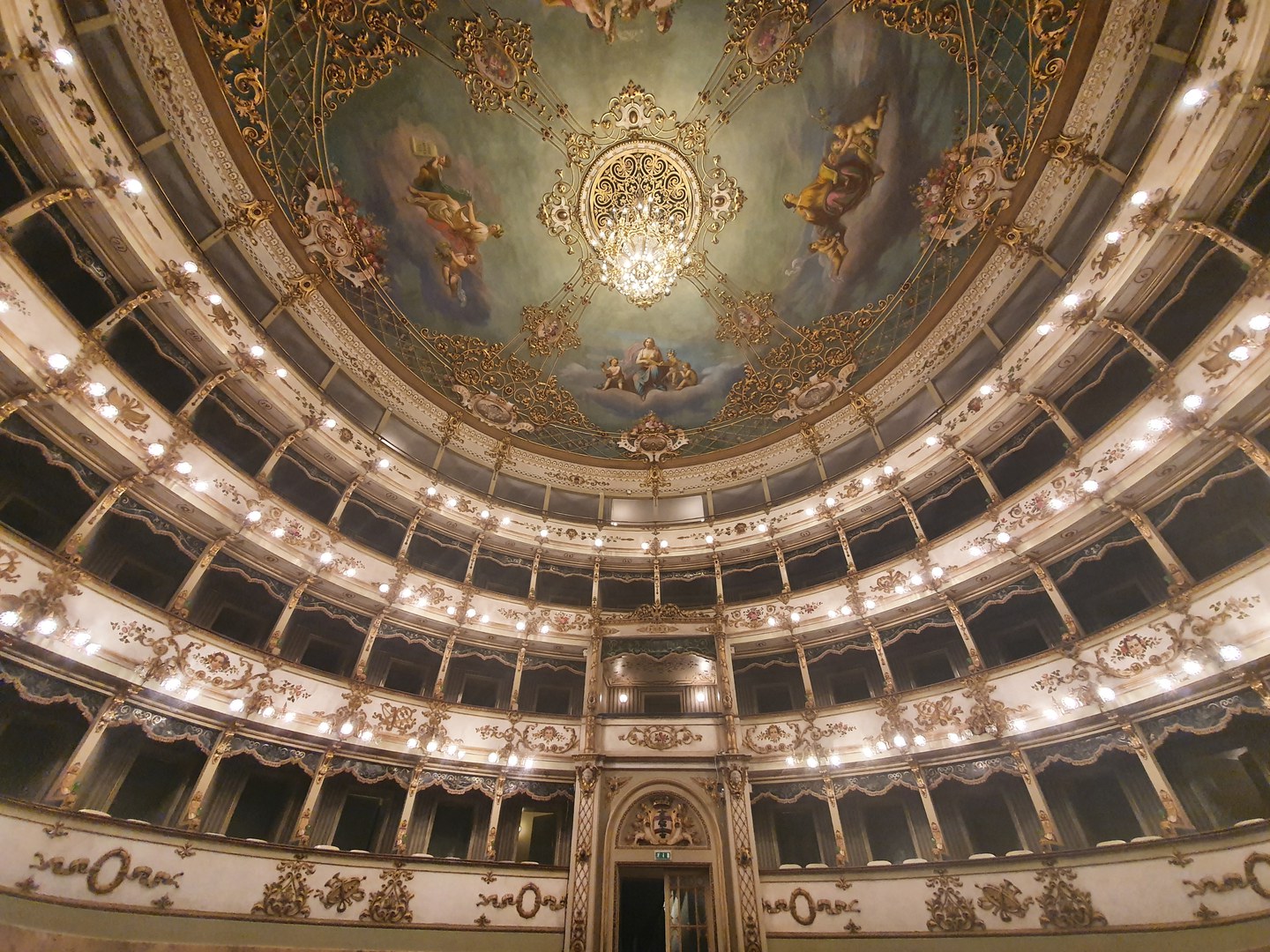 The committee chose the more traditional one "in line with the customary theatre-temple of the early 19th century". The more eclectic experimental design in neo-Renaissance style was rejected.

For construction of the new building it was decided not to change the old site and hence the free area situated between the Pio castle (where the Vecchio Teatro stood) and Palazzo Sacchetti (offices of the Municipality) was preferred. The theatre was inaugurated on 11 August 1861. A pronaos overhanging stone steps, resting on four Dorian columns and crowned by a large gable strongly characterises the façade of the new theatre. Above it, in correspondence to the cavea, but further back, an 'undergable' rises with a large semicircular window decorated in relief with the allegorical figure of Music and Drama.

A garden at the back of the theatre and a train of busts with important figures of the city delimits the theatre space and exalts its role in the citizen space. The upper-circle box-holder society was also remembered in the decorations of Ferdinando Manzini who portrayed the features of the members in the medallions of the box railings. Of Giuseppe Ugolini, who decorated the ceiling of the auditorium with the figures of Music, Poetry, Prose and Dance, a decorative project with nine Muses similar to the decoration he made for the second atrium of the municipal theatre of Reggio is also preserved. Also the curtain was decorated by Ugolini with Orfeo inciting Nature. Unfortunately, the load-bearing structure of the sizeable stage with proscenium arch and clock was reconstructed in cement. Albano Lugli decorated the overdoors in the foyer, situated above the entrance atrium, with copies of the female figures of Correggio.