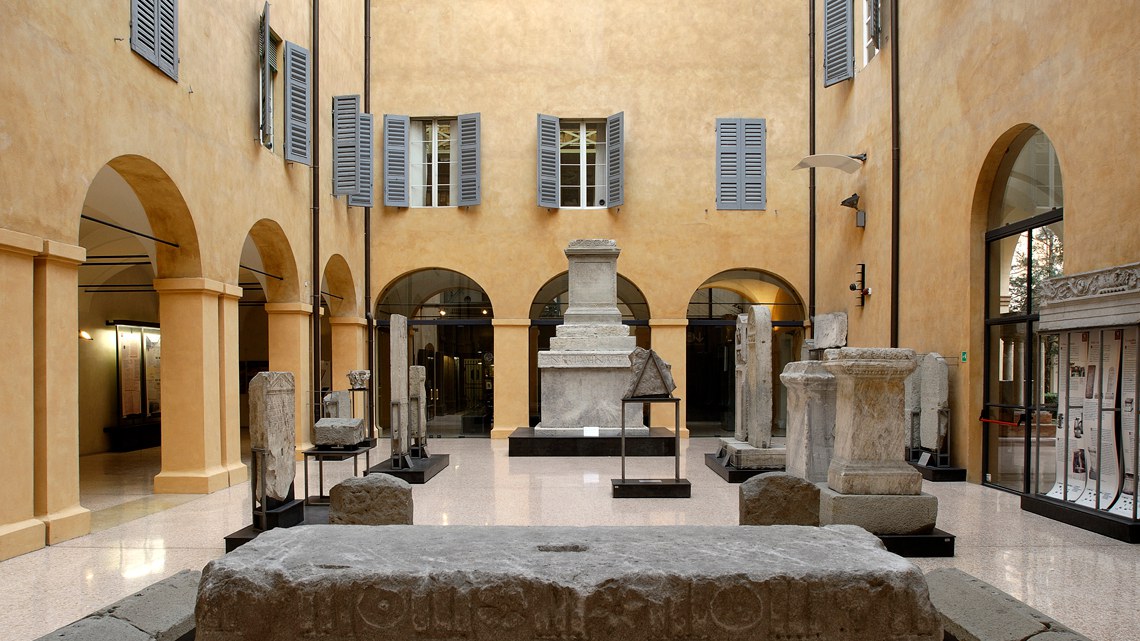 From the medieval heart of the city, head toward downtown, at one time the fulcrum of life for the Este duchy. Following historic Via Emilia, which the Este dukes transformed into a primary city artery, you’ll arrive in Largo Porta Sant’Agostino, where Este Duke Francesco III had a Hostel for the Poor built, designed by the architect Pietro Termanini. The “albergo” was intended to provide employment and support for the dispossessed as well as to unite the city’s charitable services under one roof. Work began in 1764 and was completed in 1771. The building was used for various purposes until 1881, when the City of Modena purchased a part of the property and set it aside for what is now the Palazzo dei Musei, home to many of the city’s cultural institutions.

The fourth floor of this imposing building is given over to a demonstration of the Estes’ passion for collecting: the Este Gallery, among the most important and oldest Italian national galleries. The Gallery is home to an impressive array of paintings, sculpture, and decorative arts as well as various niche collections including drawings, bronzes, majolica, medals, ivories, and musical instruments.

The Palazzo dei Musei also houses the Este Library. Founded by the Estes at the end of the 14th century, the library conserves an impressive number of illuminated books and manuscripts along with other works of enormous literary, historical, and artistic importance. One of the most spectacular pieces is the Bible that belonged to the Este Duke Borso.

The Church of St. Augustine (Sant’Agostino) stands next to the Palazzo dei Musei. The church was rebuilt by Duchess Laura Martinozzi, the widow of Duke Alfonso IV, who hoped to transform it into an Atestinum Pantheon. Instead, one of the chapel of St. Vincent Church (San Vincenzo) became the final resting place for members of the Duke's family.

We’ll discover more about this on Day 2.