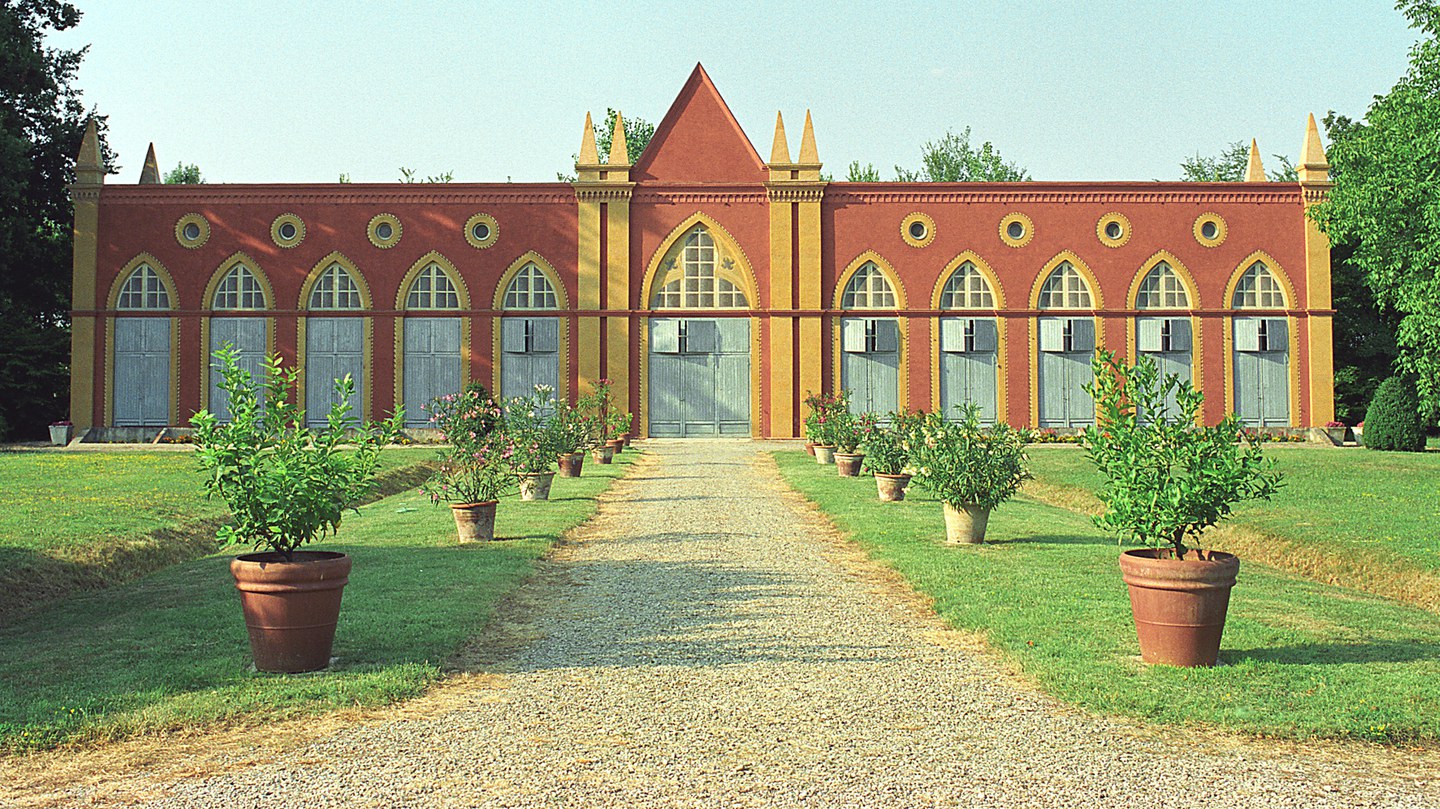 Only few kilometres away from the city, Villa Sorra, one of the most important historic villas around Modena, is a complex that includes a park, farm buildings, remains typical of a Romantic garden, a glasshouse, water streams, a country garden. A unique example of a pre-industrial country landscape, with an unrivalled historical and cultural value.

The villa, together with its garden, fields and surrounding area, is a sort of open air museum where the farm house, the noble house, and the park give life to a unique environment, richly evocative and historically relevant.

The historic garden is definitely the most remarkable site of the complex, a sample of 19th century romantic gardens by the Estense family, probably the most important informal garden in Emilia Romagna.

It was created at the beginning of the 18th century "in qual torno alla maniera francese", following the formal French patterns of the period.

Contemporary to the noble house, the garden was a necessary annex to the main building according to the canons of the period, of the "costumanza in villa", which mixed the "necessario commodo di villeggiare" - the comforts of living in the country - and the surrounding plain tamed for farming.

In the first half of the 19th century the garden was renovated following the new patterns of the English garden that were spreading.

Hedge walls as well as fruit trees and everything that suggested regularity disappeared, to make room for the classical repertoire of the Romantic garden.

New areas with fields and wood meadows were created, attentively distributed on the plain and separated by streams and ponds. Architectural elements were also built, such as false ruins of a medieval castle with towers and caves, a terrace on the lake whose lower part can be reached by walking on a suggestive path dug in the surrounding grounds, a "lontano ricordo delle Terme di Diocleziano" (reminding one of the baths of Diocletian), and much more.

Villa Sorra, set in the center of the complex, was built in the XVIII century. Today it houses, among other things, the Museum of Rural Culture. The current appearance of the garden is the result of various works and modifications on the original 1700's architecture performed at various times and, in particular, by the romantic restructuring implemented in the 1800's. The woods are mainly composed of English oak, hornbeam, maple, elm, poplar and ash trees while the underbrush includes cornelian cherry, crabgrass, elderberry, wayfaring tree and hawthorn. Various amphibians, wetland turtles, checkered water snakes, kingfisher, moor hens live in the pools and canals surrounding the historic garden. Finally, the woods provide refuge for squirrels, hedgehogs, woodpeckers, finches and titmice.

The Villa is not accessible and can only be seen from the outside.