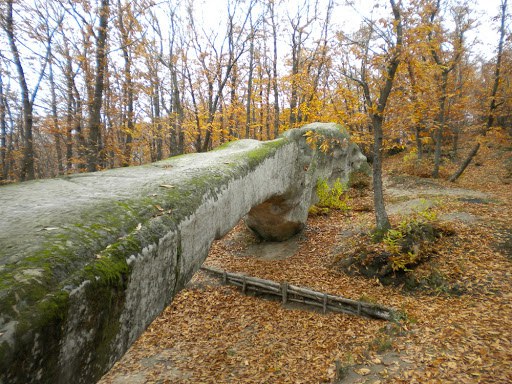 The town dates back to the mid-sixteenth century and was built on the site of the important San Matteo annual fair, also known as the “mercatello”. Thanks to Via Vandelli and the other strategic roads that run through it, Lama saw its trade flourish from 1739. With the Unification of Italy, Lama and the old village of Mocogno, on the opposite side of the valley, came together under the same municipal administration and became Lama Mocogno.

Lama Mocogno is a quiet holiday town in a wonderfully luxuriant natural setting. It is perfect to visit either in summer or winter, thanks to the nearby Piane di Mocogno ski resort, ideal for a short relaxing break, enjoying outdoor activities and the most authentic of traditions in the Modena mountains.

The existence of the church of “S. Thome de Lama” is mentioned way back in 1220, while the oratory of San Matteo dates back to the early seventeenth century and was rebuilt 1668. The parish church as it stands today was built at the end of the nineteenth century in Lama Bassa, the lower part of the town. Its simple mountain-style façade is flanked by two half pilasters and crowned by a gable with a rose window underneath. Its plain interiors are simply furnished, and its rectangular main body has the characteristic features of nineteenth-century country churches.

The Parish church of San Giovanni Battista in Mocogno

The Parish church of San Giovanni Battista in Mocogno, in the old village perched on the outcrop with the castle, dates back to the nineteenth century, has a single nave with paintings and furnishings from the eighteenth century that belonged to the previous church, as did the main altar topped with an impressive ciborium. In the fourth chapel on the left there is a painting with the Pietà by the Modena-born Luigi Manzini.

A traditional sweet treat in this mountain area is artisan almond brittle from Frignano, still made today following an old recipe, handed down by the skilled local confectioners. It was even served in the dining halls of the Governor of the ancient Province of Frignano! And a typical fruit is the Modena Apennine bilberry used to make delicious jams, syrups, juices and liqueurs.

At 1,303 metres a.s.l. the vast high plains of the Piane di Mocogno offer visitors an incredible panorama that sweeps from the north slope of Mount Cimone to the northeast slope of Mount Cantiere.. It is the starting point for various paths and orienteering trails and in the winter it has Alpine and cross-country skiing facilities.

This tiny village, part of Lama Mocogno, enjoys a panoramic position with views of Mount Cimone. This very old settlement has a church dedicated to San Giorgio and is thought to have already existed before 728.

Pianorso is a village in the pretty valley of Rossenna River that still has examples of old rural architecture. Its parish church has a wonderful painting by Francesco Gessi, a pupil of Guido Reni.

Via Vandelli is the historical road dating back to the eighteenth century that connected Modena with Tuscany through the Frignano mountains. Some stretches of it are still practicable in the Lama Mocogno area.

The Ponte del Diavolo, literally the Devil’s Bridge is a natural structure set in dense woodland created out of a sandstone rock that has been eroded into the shape of an arch by natural elements.

In summer or winter, Lama Mocogno offers lots of different activities, all in contact with nature.

WHERE WE ARE
Lama Mocogno, MO, Italia