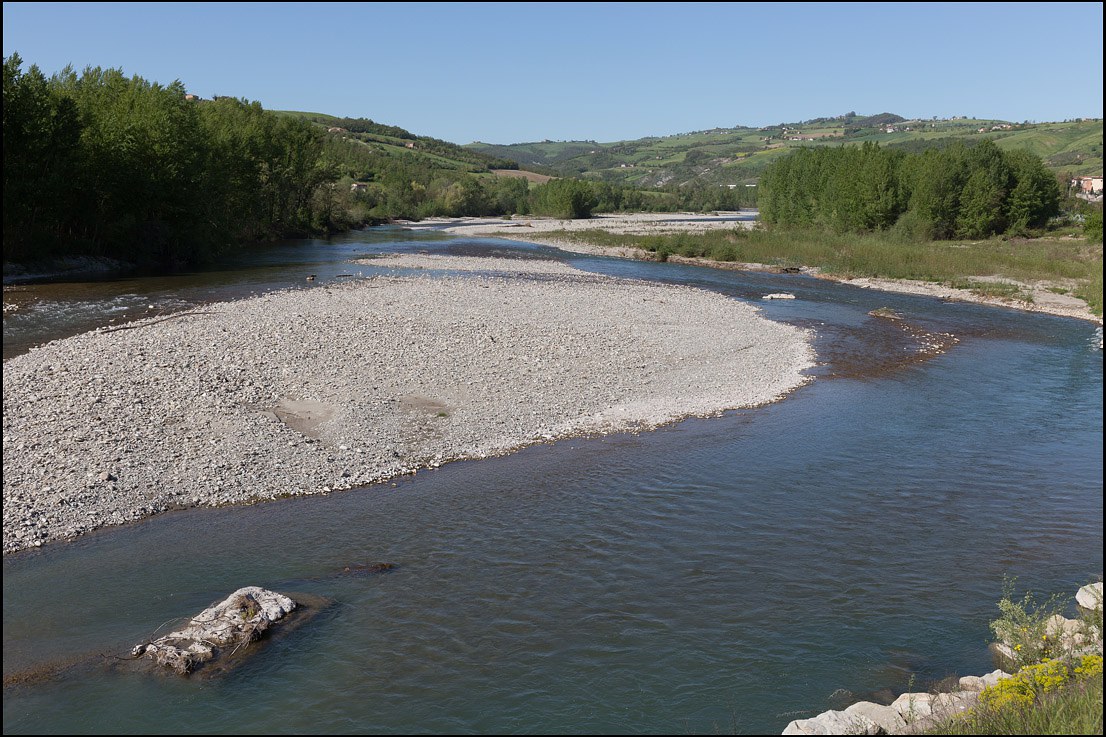 Positioned between the plains and foothills, Marano sul Panaro has been home to settlements since the Bronze Age.

The town’s urban center was built around the fortress and the church, which was initially under the control of the Nonantola Abbey. In the 13th century, governance of the church was assumed by the parish of San Martino in Vignola.

The backdrop for countless disputes, Marano sul Panaro was passed from hand to hand over the centuries: from the Estes, to the Pico di Mirandola family, to the Rangonis, to the Pios of Carpi, and then to the Montecuccolis. It became a town in its own right in 1860.

Marano sul Panaro is a pleasant place for a break on hot summer days. Relax a bit in the shade of the large trees at its River Park or take a refreshing walk along marked paths.

The Ruins of the Medieval Castle
At the top of the old section of Marano, take in the remains of the castle’s ancient walls and tower.

The Montecuccoli Mill
Located in the historic center, the Montecuccoli Mill dates to 1600. The beautiful building, with its elegant, recently renovated portico (which houses shops and residences), is still used as a mill. Its interior is crossed by the Montecuccoli Canal that connects Marano and Vignola.
The Mill building also houses the Marano Museum of Ecology and Natural History and the “Energie di un Territorio” documentation center.

Marano Museum of Ecology and Natural History
Located in the Montecuccoli Mill, the Museum offers exhibits related to the local river environment.

The Marano River Park
The enormous Marano River Park lies a short distance from the town center. Amenities include a café, a barbecue area, and a playground. The part of the Park outfitted for day use is only the starting point for pleasant walks or bike rides through its much more extended area.

The Colombarone
The Colombarone is an imposing 17th-century complex on the Panaro River. It was the Montecuccoli country residence, and its several buildings include a large dovecote.

In addition to products local to the Modena area, including Modena’s PDO (protected designation of origin) and PGI (protected geographical indication) balsamic vinegar, PDO Parmigiano-Reggiano cheese, zampone and cotechino (dishes made from a mixture of ground pork flavored with herbs and spices and stuffed into the hollowed-out trotter or lower-leg of a hog), and such traditional favorites as fresh egg pasta, Marano also produces Prosciutto di Modena.

Poetry Festival (August-November)
The Poetry Festival brings celebrated poets, actors, comedians, writers, and singer/songwriters to the towns in the Terre dei Castelli area at the end of each September.

The Cince Oasis
The Cince Oasis is located near the village of Casona di Marano and offers a picturesque excursion through gullies and oak groves.

The Sun Road Nature Trail
This nature trail follows the course of the Panaro south towards Marano and north towards Spilamberto-Modena and joins the Belvedere Trail at Casona di Marano.

The Old Villages of Denzano and Festà
Denzano is located about seven kilometers northwest of Marano, and Festà lies some ten to the southwest.

Denzano is a small village on a hill covered with yellow broom. Some remains of its ancient buildings remain, including a square tower that belonged to the old castle and the parish church of Santa Maria Assunta, whose apse is one of the most beautiful examples of Romanesque-style architecture in the Modena Province’s Apennines.

In Festà, formerly the seat of a major medieval stronghold, remains of the city walls, a bell tower, and the parish church, built where an ancient castle once stood, can be seen.

To take best advantage of the River Park, late Spring and Summer are ideal.

WHERE WE ARE
Marano Sul Panaro, MO, Italia