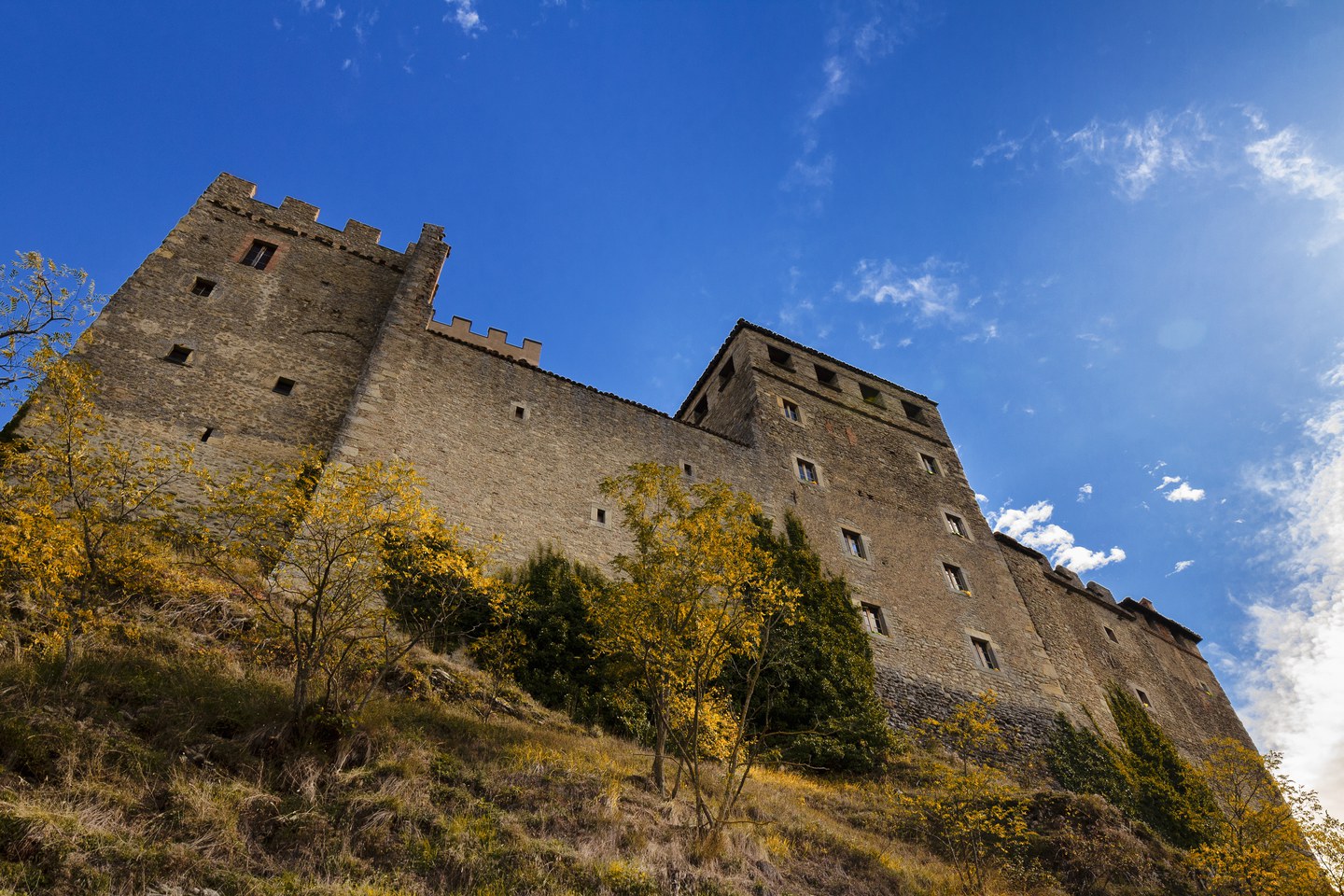 After the Ligurian Friniates and Celts, the Romans settled here with a military base that was then reinforced during the Early Middle Ages, called “Castrum Feronianum”. Until the fifteenth century Montecuccolo Castle acted as the administrative centre for the surrounding area. In the eighteenth century, the opening of Via Vandelli and Via Giardini helped this area greatly in economic and urbanistic terms.

In 1832, Duke Francis IV of Austria Este proclaimed Pavullo the main town in the Frignano district and it was assigned the coat of arms with the ancient eagle of Frignano.

A true mountain town, Pavullo holds great appeal as a tourist destination especially its historic and architectonic sights, which testify to the role it has played down through the centuries. Starting with two splendid castles, Montecuccolo and Semese, through to the old churches and Palazzo Ducale, with its grandiose park, exploring this area you will learn all about its fascinating historical past and vicissitudes.

Commissioned in 1830 by the Duke of Modena, Francis IV of Austria Este, as a holiday residence, today this majestic complex houses the Contemporary art gallery. It was designed by Sigismondo Ferrari according to the neoclassic lines of the time and in its park grows a monumental cedar of Lebanon called the “Pinone”.

Three kilometres outside Pavullo, this splendid fortress stands on a rocky outcrop that overlooks the valley of the River Scoltenna-Panaro. Built as a lookout post for the roads into Tuscany, it was the residence and military centre of the Montecuccoli family, who commanded dozens of towers and fortresses. Surrounded by a fortified village, it is a wonderful place where visitors can relive the glorious past of life at court. Today it houses the Cem – Montecuccolo Museum Centre with the Frignano Nature Museum, a collection of paintings by Gino Covili and the Raffaele Biolchini Donation.

Typical local delicacies here in the Modena Apennines include unique flavours and specialities linked to mountain traditions. We recommend you try our traditional crescentine flatbreads for example, or borlenghi pancakes and a delicious artisan almond brittle from Frignano still made today by skilled local confectioners following an old recipe. This sweet treat was even served in the dining halls of the Governor of the ancient Province of Frignano!

The Crescentina Festival is a must-visit, a celebration of one of the most typical foods in this area that offers a chance to taste these delicious flatbreads in all their most traditional versions at stalls set up throughout the centre of Pavullo.

Coscogno village probably has Roman origins and it is home to the church of Sant'Apollinare.

In its strategic location, from which it looks out over all the mid slopes of Frignano, Gaiato was an important lookout for the defence system of the Montecuccoli family.

Perched on a rocky mountain top, Iddiano was built around the church of San Michele and looks out over the Panaro valley below.

Lavacchio is a tiny village in Pavullo with characteristic murals and a little sixteenth-century church dedicated to Sant'Anna, its façade topped with a bell tower.

Montebonello is a village with the same original appearance and structure it had in medieval times. Olina bridge Close to the medieval village of Olina there is an old bridge that was built with one just arch in the sixteenth century, true state of the art for that period. Renno The tiny village of Renno has one of the most important little Romanesque churches in the Modena mountains: the church of San Giovanni Battista, with the Montecuccoli family tombs.

In Verica, Semese is a remarkable castle settlement comprising a village and a beautiful castle in the same style as Montecuccolo Castle. Verica Verica is a charming little place that in the Middle Ages was a particularly important political and religious centre. One of the oldest churches in the Frignano district is to be found here, the church of San Geminiano.

Just outside Pavullo, the Sassoguidano Nature Reserve stretches more than 3 km along the valley of the Lerna River, a tributary on the left bank of the River Panaro. This protected are is dominated by the majestic calcarenite walls of the Cinghio di Malvarone and by the Sassoguidano ridge. The village inside the park was part of the Montecuccoli family domain.

The warmer seasons, spring, summer and early autumn, are the best times to visit.

The parish church in Renno - Pavullo

WHERE WE ARE
Pavullo Nel Frignano, MO, Italia