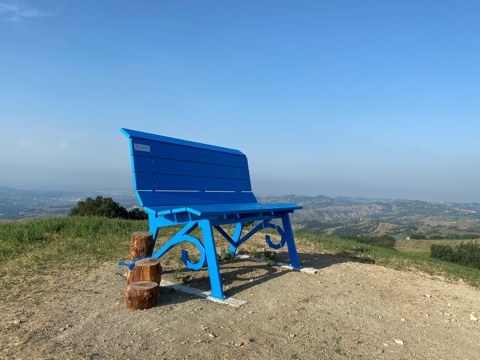 Archaeological finds have shown that the area was already inhabited by the Neolithic Period. Its first inhabitants were the Ligurians, then the Etruscans, the Gauls, the Romans, and the Lombards.

The first written document that mentions the town by name is a Carolingian royal certificate dated 781.

During the Middle Ages, Prignano sul Secchia was controlled first by the Canossa family and later by the City of Modena.

Until 1480, the town was part of the Da Roteglia fiefdom and was later united with the village of Pigneto, which was allocated by the Estes to the Trotti family nobles and, subsequently, to the Montecuccolis.

Prignano sul Secchia was finally incorporated into the Town of Sassuolo until, in 1859, it was proclaimed autonomous.

Town Center
The points of interest in Prignano sul Secchia are several, including the parish church of St. Lawrence (San Lorenzo Martire) in the valley, originally built during the Middle Ages and restructured in the 18th century (today, the church houses valuable paintings from the 1900s); the San Michele bell tower, with its four mullioned windows framed in sandstone; the complex of rural buildings known as Cà di Jantella, arranged on two open courtyards; the nearby Casa Berti, a manor house from the 1700s later associated with a massive corner tower; and Casa Pellesi, an interesting 16th-century building with a dovecote in the tower.

Area specialties include the Valli Dolo e Dragone Truffle, a natural delicacy known from ancient times and highly valued for its flavor and aroma.

The Villages of Sassomorello and Morano
Sassomorello is a charming village located on the precipice of an imposing cliff that overlooks the Rossenna valley. The Church of St. Bartholomew (San Bartolomeo), with its rectory and ancient bell tower, was built where an ancient castle once stood. Morano, developed around the parish Church of St. Peter (San Pietro) and its medieval bell tower, is on the opposite side of the valley.

Montebaranzone
Montebaranzone was one of the Countess Matilde di Canossa’s favorite residences and was once among the most important fortifications in this hilly area. A few sections of the medieval castle wall remain, as do the village’s beautiful tower-house combinations and other dwellings, decorated with striking portals and carved reliefs and connected to one another through arched passageways.

We advise visiting Prignano sul Secchia in Spring and Summer, when temperatures are perfect for the many activities the area has to offer.

WHERE WE ARE
Prignano Sulla Secchia, MO, Italia