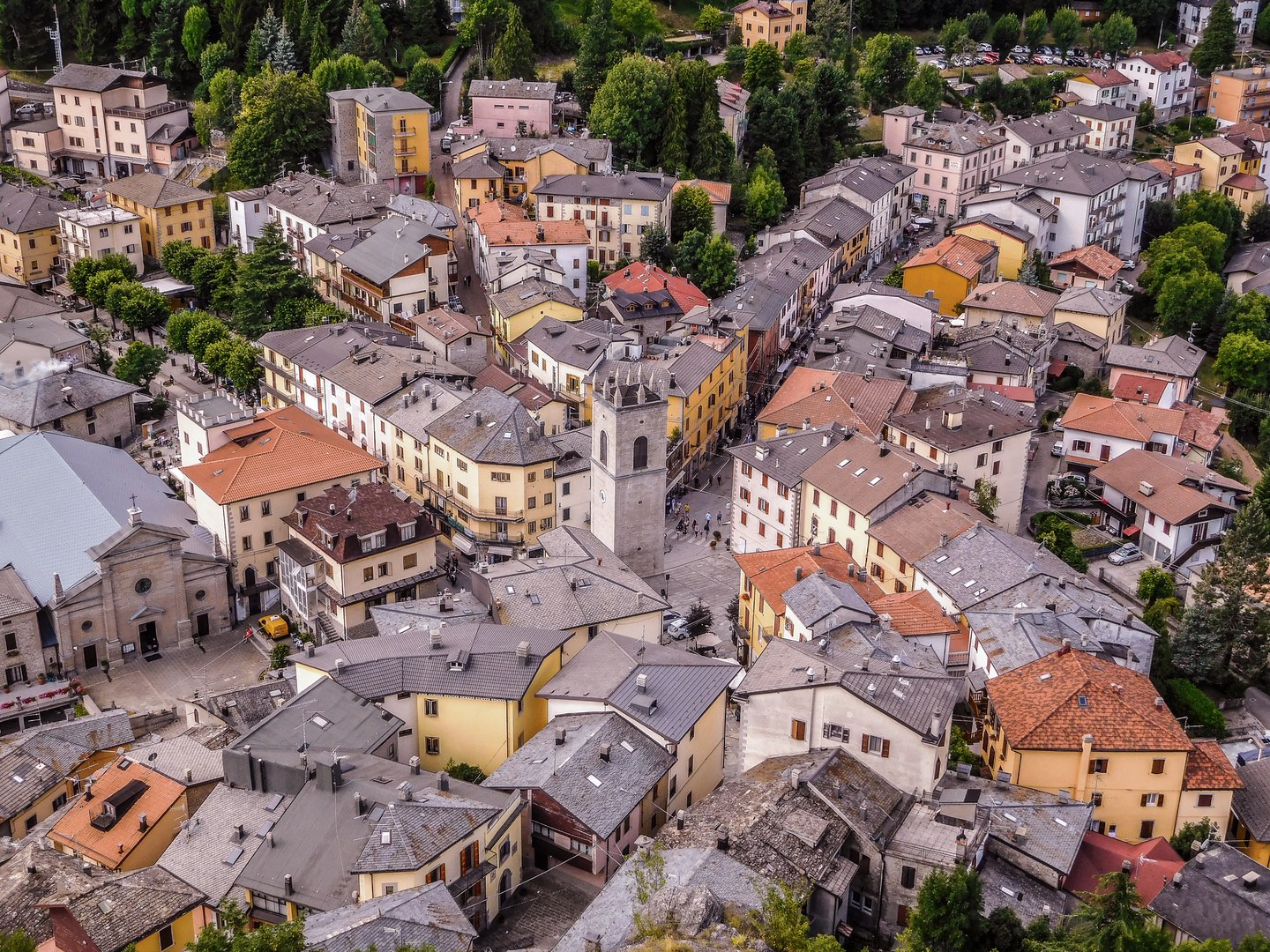 Located at the foot of Monte Cimone, Sestola is part of the Apennines of Modena Regional Park and includes the Pian del Falco and Passo del Lupo ski areas.
The first documentary evidence of Sestola dates to 753 CE, but, because of its strategic position, this area is believed to have been inhabited even earlier. Its name, in fact, is likely Roman in origin (from “Sextus”).
In the distant past, Sestola was scene of constant conflict between Modena and Bologna until, in the 14th century, the House of Este took control of the area and made Sestola the capital of the Province of Frignano.
At the end of the 1700s, following the opening of Via Giardini (now SS 12), Sestola was excluded from the new commercial traffic, having lost the significant role it had played over the centuries. Once isolated in that way, Sestola became the site of a penitentiary that remained active inside the town’s fortress until 1866.

Sometimes called the "Pearl of the Apennines,” Sestola is the perfect destination for mountain lovers and sports enthusiasts, but this lively resort area offers interesting events and activities for the whole family.
For an excursion into unspoiled nature, discover the protected areas, large lakes, and waterfalls of the Parco del Frignano.
Alternately, the town offers varied and authentic experiences of art, cuisine, and local traditions.


Sites You Won’t Want to Miss

Sestola Castle
Known for its unusual beauty and charm, Sestola Castle stands upon a pinnacle overlooking the town and the valleys below.

In 753, Sestola Castle was donated to Nonantola Abbey by Lombard King Astolfo and, in 1337, the Este family made it their most important military garrison in the Frignano area. Surrounded by imposing 16th-century walls, the Castle now encompasses the Palazzina del Comandante, the Romanesque-style oratory of San Nicolò, the fortress and Governor's Palace, a 1572 clock tower and a second, semi-cylindrical tower, and the mighty stronghold on the cliffs above.
The Sestola Castle Museums are also located there. Beyond the walls, a number of trails offer amazing views.

The restaurants and inns of the towns of Modena’s Apennines offer unusual flavors and culinary specialties born in mountain traditions.

You’re sure to be conquered by crescentine (a round, flat bread, flavored with spices and generally eaten with cold cuts, cheese, or spreads); borlenghi (a thin flatbread); and ciacci (a kind of crepe sometimes made with chestnut flour), or by the exquisite Frignano croccante (a kind of almond brittle) that is still prepared from a recipe handed down over centuries.

Other local specialties include mushrooms, chestnuts, and the Apennine whortleberry, used in the preparation of jams, syrups, juices, and liqueurs.

Festival of Croccante and Chocolate (beginning of Fall)
Held at the beginning of autumn, the Festival of Croccante (almond brittle) and Chocolate takes place both outdoors in the streets of the town and in local cafés and restaurants. The celebration of these two products includes tastings of both together with such other local specialties as balsamic vinegar and porcini mushrooms.

Roncoscaglia
Roncoscaglia is a village near Sestola that is known for its Romanesque-style Oratory of San Biagio. It was once famous for being a leading producer of organs. Today it is a modern tourist town.

Vesale
Vesale is a village in the center of a valley of the same name. The town center is its parish church with a Romanesque-style apse, built where an ancient fortress once stood. Traces of the walls can still be seen. Vesale is known for its food and hospitality, as well as for its treppi, outdoor obstacle courses along which a wooden disc is thrown or bowled in a game called ruzzola.

Monte Cimone and the Ski Area
Monte Cimone is the tallest mountain in Modena’s northern Apennines. The Italian Air Force’s meteorological observatory and a research center for the National Research Council are located there.
The fascinating Lago della Ninfa (“Nymph Lake”) is located on the mountain at a height of 1,500 meters.
With some fifty kilometers of slopes, Monte Cimone is the area’s largest ski area. Lifts are located in Passo del Lupo and Pian del Falco.

If winter skiing is of interest, you can also check out the Cimone Ski Resort site .
A number of interesting trails and paths for hiking and mountain biking begin in Sestola. The Cimone Bike Park starts there, extending between Fanano, Sestola, and Montecreto, and reaches the summit of Monte Cimone and Lake Ninfa. The trail features three chairlifts for transporting bikes as well as a cable car, a bus, and a trolley, all equipped with bike racks.

Sestola is a perfect destination in any season.

WHERE WE ARE
Sestola, MO, Italia