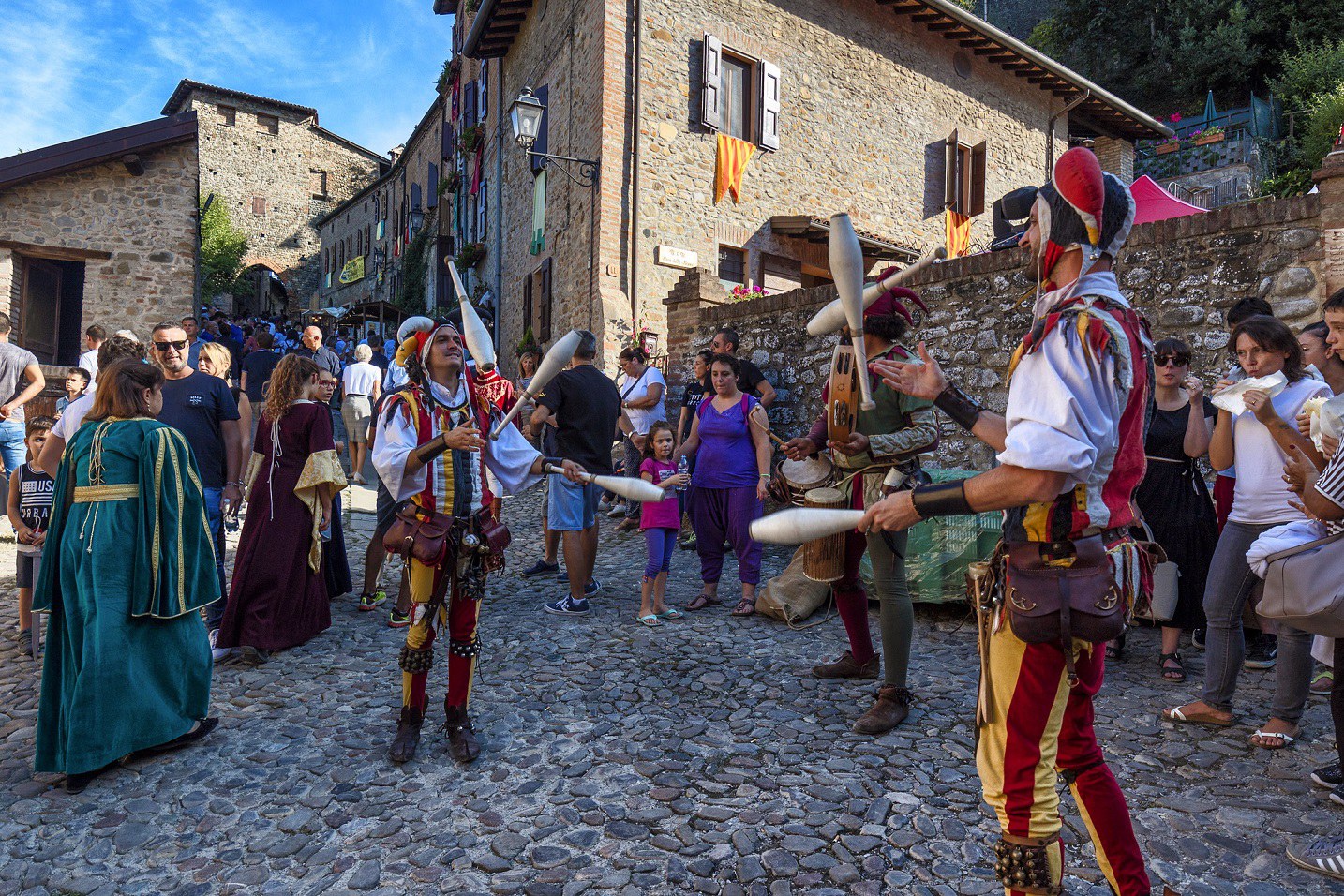 The town is a modern residential center, but the upper part preserves the ancient medieval fortified village, protected by a double city wall.

Strategically located on the crest of a hill above the Panaro River, at a point at which the river widens onto the plain, “Upper” Savignano offers one of the most evocative examples of a fortified medieval town, complete with a double city wall and the towering mass of the bell tower.

The ancient medieval village, located in Savignano Alto (the upper part of the town) is of major historical interest. Inside stands Savignano Castle, known since 1026, which is dominated by a stone tower. At one time a draw bridge at the base of the tower marked the true entrance to the town. The tower preserves a 17th-century fresco of the Madonna and Christ Child.

The “Elephant Museum” and the “Venus Museum”

The Museo della Venere (“Venus Museum”) displays a copy of the famous Venus of Savignano, a statuette about 22.5 cm high (just under nine inches) that has been dated to 25,000 years ago. The original Venus of Savignano, sculpted in hard, yellow-green serpentine stone, was discovered near Savignano sul Panaro and is now held at the Pigorini Museum in Rome. A farmer, digging outside his stables in 1925, unearthed the sculpture at a depth of some 1.5 meters (about five feet).

The Museo dell’ Elefante (“Elephant Museum”) conserves the skeleton, found in 1980, of a mammoth that lived some two million years ago. The animal was a female Mammuthus and an ancestor of the so-called Southern mammoth that disappeared from Europe at the end of the Pliocene Epoch.

Both museums are temporarily closed for modernization.

One noteworthy stop is the birthplace of the versatile artist, Giuseppe Graziosi, the famous painter, sculptor, engraver, and photographer who was born in Savignano in 1879.

In addition to products representative of the Modena area, including Modena’s traditional PDO (protected designation of origin) balsamic vinegar, its PGI (protected geographical indication) balsamic vinegar, its PDO Parmigiano-Reggiano cheese, varieties of sparkling red lambrusco wine, zampone and cotechino (dishes made from a mixture of ground pork flavored with herbs and spices and stuffed into the hollowed-out trotter or lower-leg of a hog), and such traditional offerings as fresh egg pasta, the Savignano is known for the production of prosciutto.

The Battle for the Contrari Sword

Each September, in the medieval town of Savignano sul Panaro, hundreds of costumed actors reenact historical events from the 1400s. Scenes of medieval life are played out on the streets of the town center, and old-fashioned inns and artisans’ workshops are opened to the public.

Nearby, a wealth of foot and bike paths offer chances to explore the area and its natural environment. These include the Mostino Trail, the Monticelli to Montebudello Trail, and the Acqua Fredda Trail. La Via delle Querce (Oak Trees) is an interesting trail that winds through the hilly area alongside State Road 569 (SS 569—also known as the “Bazzanese highway”) and hides a lush grove of giant oak trees, some of which are grand enough to be considered historical monuments in themselves.

Museum of the Venus and of elephant
In the fall of 1980, on the shore of the Panaro river, in a place called Bocchirolo north-east to Savignano, Ezio Gamberini discovered an incomplete skeleton of an elephant.Now the archeological found is kept in the Civic Center of the town.
Contact details