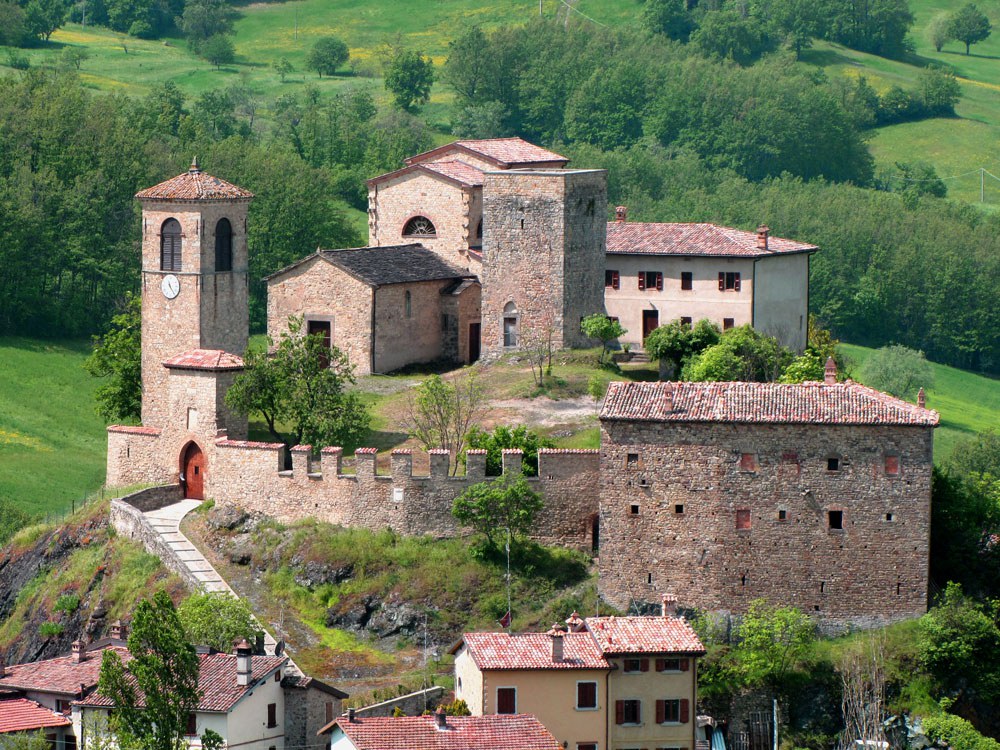 These places are reached by taking the ramp that climbs up to the village, and then entering under the Gothic arch of the gateway. In this way we find ourselves inside the circle of battlemented walls, partially preserved, where the remains of the castle rise, with its thirteenth century tower and cylindrical dovecot turret. Until the early fifteenth century it belonged to the Counts Da Gombola.

The nearby, small stone palace was the residence of successive landowners and preserves a monumental salon with a large fireplace, a ceiling with painted beams and walls decorated in the seventeenth century with the coats of arms of noble families. The small church, named after Saint Geminianus, dates back to 1179, the year when Pompeano passed to the Municipality of Modena