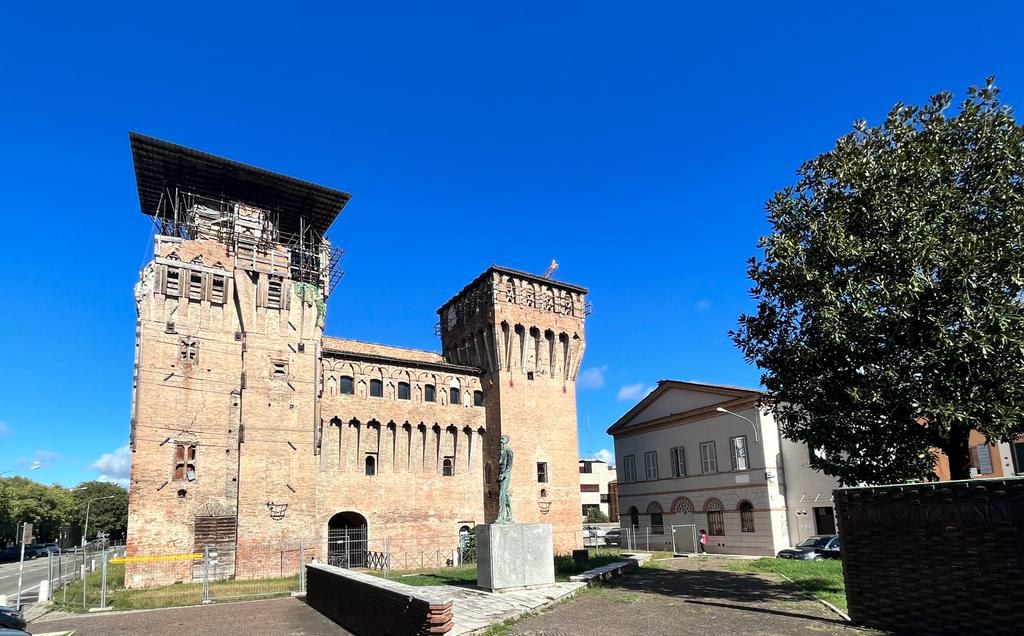 Closed for works due to the 2012 Earthquake

The castle was built in 1402 on the site of one of the oldest forts, almost certainly an ancient gateway into medieval Finale Emilia, by order of Marquis Nicolò III d’Este who commissioned the work to the already famous military architect Bartolino Pioti from Novara.It was surrounded by a moat on three sides, while on the fourth side, the river provided a natural line of defence for the castle, which had strict control over those using it.
In 1425, part of the crenelated walls on the river side were knocked down, and frescos were added both inside and out.Giovanni da Siena was responsible for construction of an elegant entrance to the castle from the water on the eastern side, where the two Este eagles stand proud,on in terracotta, today removed and on show in the Civic Museum, the other in sandstone, on the keep.
It became the property of the municipal authorities in 1864 and in 1896 the castle underwent its first series of important restoration and consolidation work.Until the mid-twentieth century, it housed the gaols of the local “mandamento” gaols.In the eighties, a project was started up to restore the building to public use.