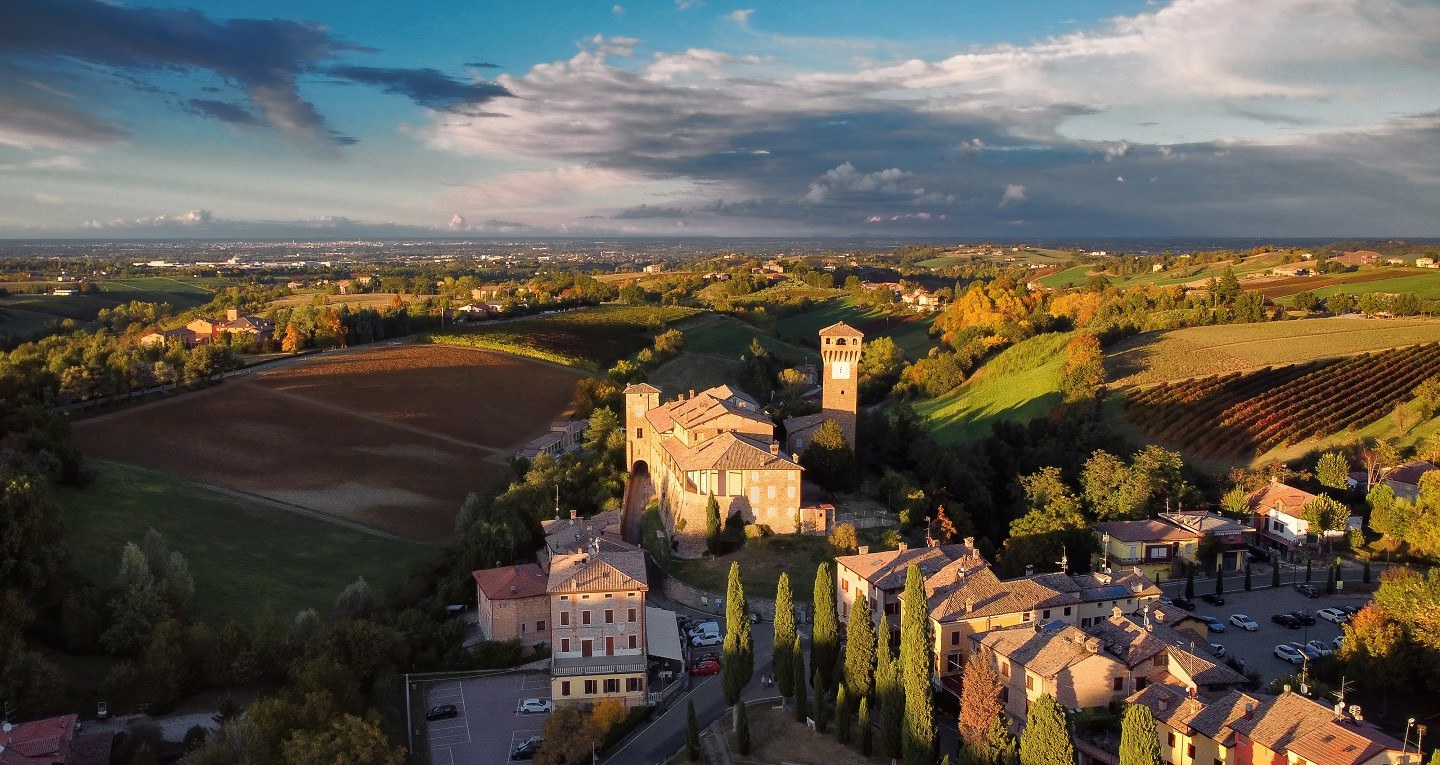 In 890 the documents of the Nonantola Abbey bear witness to the fact that this area was fortified. At the beginning of the XII century the town and fortress were the privilege of the noble lineage of the Levizzani, natives of the town. In 1342, after tumultuous passing of events, the Levizzano passed into the hands of Guglielmo and Gherardo Rangoni. It is assumed that the first works of renovation to modify the physical appearance of the building, transforming it into a true and proper Castle, were performed under the Rangoni, although there is no documentation of this.

In the XVII century, the Rangoni had the Matildica tower transformed into a bell tower. Today the remains of the Castle can be seen in the isolated tower adorned with buttresses and battlements, and in the vestiges of the fortified structure that characterised the historical settlement; the remains of the surrounding walls and the entry gate. Levizzano is unusual in that it presents clear signs of its original nature as a fortified town.