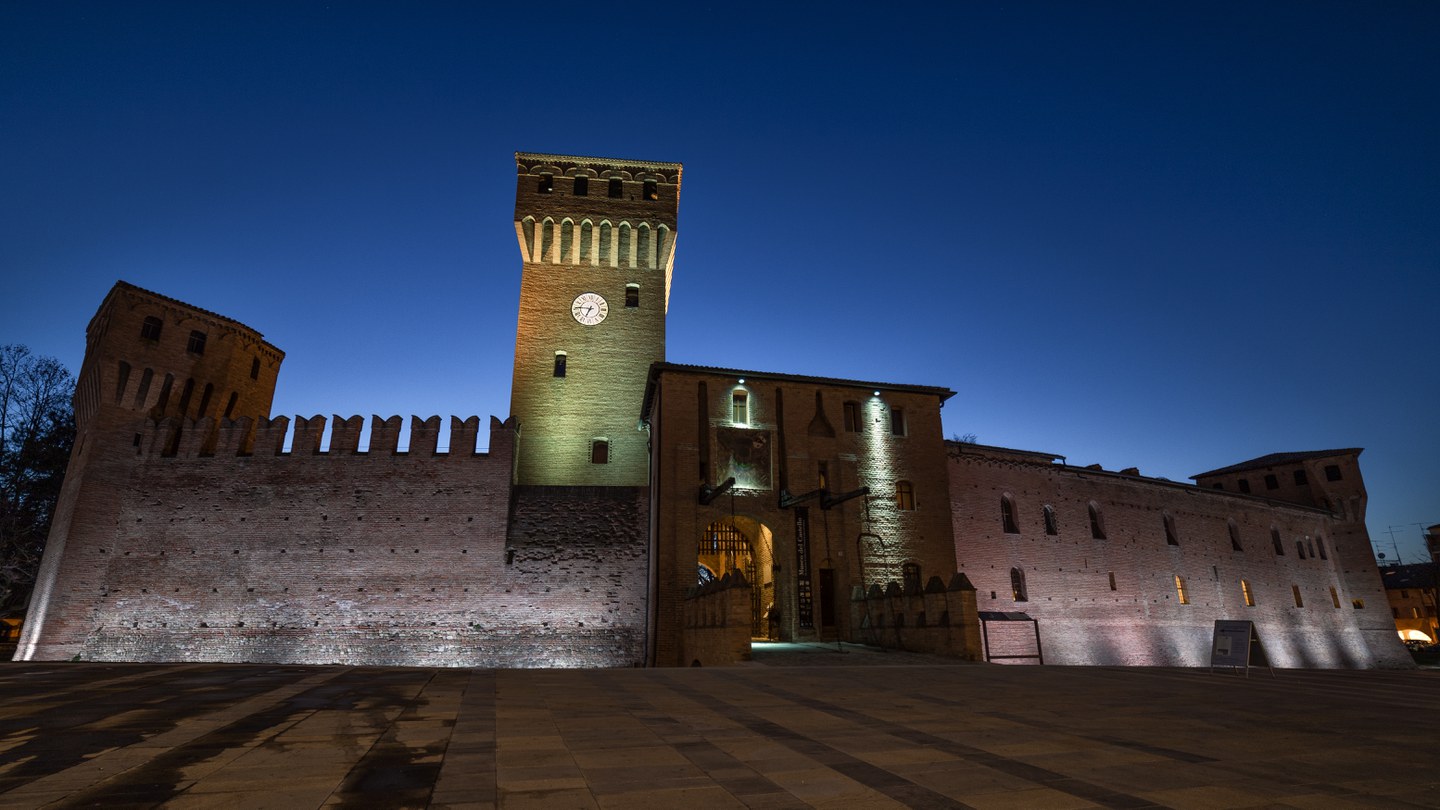 In the tenth century, where today we admire the majestic castle, there stood a small church, perhaps already dedicated to St. Bartholomew. In 1201 the Modenese troops suffered a military defeat in the Formigine area, and consequently decided to fortify the zone.

From the mid thirteen hundreds, the defensive structures were rationalised and the village was transferred outside the fortified area.

When taken over by the Pio family, the rulers of Carpi, in 1405, the castle took on its present aspect: the aristocratic residence known as the Marquis's Palace was built beside the older nucleus.

In 1599 the castle passed to the d'Este family, who in turn ceded it as a feud to the Calcagnini family in 1648.

During the Second World War, Formigine and its castle suffered heavy bombing damage, but immediately after the war the town council purchased the entire complex, repaired it and turned it into a municipal residence.

The old Castle and its Museum

The Museum and Archive Centre are housed in the oldest part of the castle, offering a fascinating journey through time from the tenth century to the present day. There is a stimulating dialogue between the interactive multimedia installations created by Studio Azzurro, a cultural research organisation based in Milan, and the historical and archaeological research directed by the Venice Ca' Foscari University.

The part of the building originally used to accommodate the family of the ruling lords is the area that today greets the public as they enter the castle. An information room near the reception explains the history of the monument and the various parts that can be visited. On the first floor are the more "institutional" rooms: the town council's Assembly Chamber, the Matrimonial Chamber, and various large rooms that may be rented for exhibitions, meetings or conferences.

The park area contained within the castle walls covers an area of over 4,000 square metres and offers a prospect of thriving greenery against the backdrop of the ancient towers. Thanks to a viewing point connected to the old castle the visitor can look out across an archaeological site displaying the remains of the small ancient monastery dedicated to Saint Bartholomew, as well as the adjacent bell tower and various tombs.

The Castle opens on Saturday and Sunday from 10 am to 1 pm and from 3 pm to 7 pm, with guided tours every hour. The entrance is free, bur reservation is required.