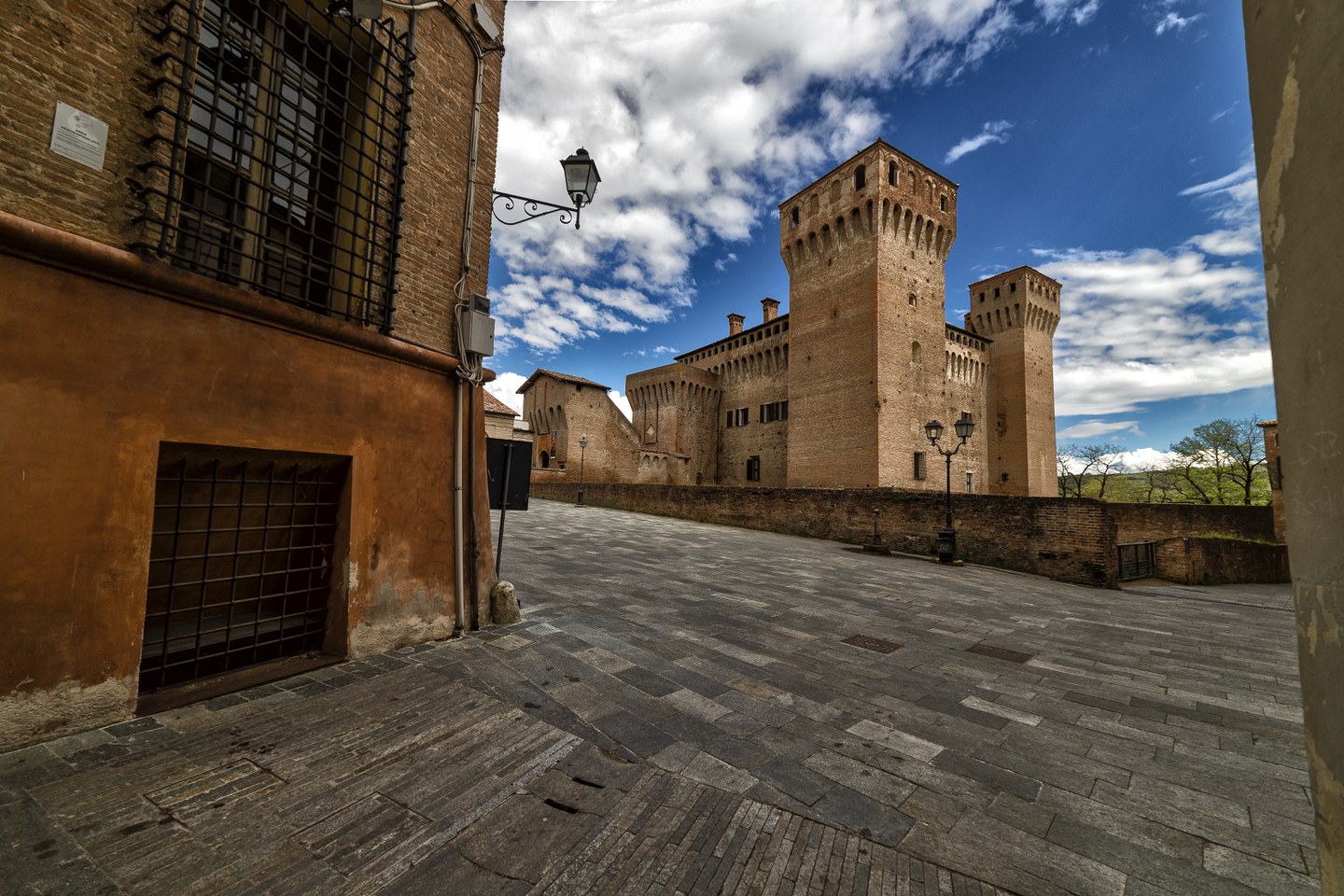 "La Rocca" was reasonably built to face Hungarians invasions, soon after the end of the Carolingian dynasty, when many fortified towers and enclosures were erected to defend villages. According to popular legends, the first fortress is ascribed to Nonantola Abbey. Still, the exact construction year is unknown. Evidence that Vignola was part of the Bishop of Modena's dominions in 936 is provided by a document, dating back to this year. Another document proves that the existence of the "Rocca" is at least since 1178.

"La Rocca" served military functions until the beginning of the 15th century. Its function changed considerably with the Contrari family, invested with the fief by the House of Este in 1401. It became a sumptuous residence, with a rich frescos decoration, apt to a family used to the wealth and magnificent life at Ferrara's court. After Contrary family's extinction, "La Rocca" was bought by the Boncompagni-Ludovisi family, who left the fief government to a governor. Over the 19th century, "La Rocca" was the seat of Vignola's political and cultural institutions: the Municiple Council, the Library and the bank Cassa di Risparmio di Vignola.

There are five levels in the "Rocca". Two magnificent halls in the underground, called Contrari Hall (Sala dei Contrari) and Grassoni Hall (Sala dei Grassoni), are employed for conferences and concerts.

The private rooms of the family were on the first floor, the "piano nobile": the Dames Hall (Sala delle Dame), the Pavilion Hall (Sala del Padiglione), the Emblems Hall (Sala degli Stemmi), the Tree Trunks Hall (Sala dei Tronchi d'Albero), Uguccione Contrari's Study(Studio di Uguccione Contrari) and the Chapel, with its precious "International Gothic" ("Tardogotici") frescos by the unknown painter called as "Maestro di Vignola". The second floor's Rooms of the Soldiers (Sale degli Armigeri) were used by the troops stationed in the "Rocca" and by the servants.

"La Rocca" was bought in 1965 by the bank Cassa di Risparmio di Vignola, then handed over to Foundation of Vignola (Fondazione di Vignola) in 1998. Its architectural structure as well as its frescos decoration has been accurately restored since then, in order to make every space accessible and enjoyable to the visitors.

"La Rocca" provides now a prestigious venue for cultural high-level projects, not only for Vignola, but also for the whole area of Modena and the neighbouring provinces, such as Bologna and Reggio Emilia.

Over the last years, Fondazione di Vignola has been cooperative with local authorities to implement a broad events organization promoting this geographical area in general and boosting Vignola on a wider international cultural circuit.

Guided tours and activities are offered on specific dates. Please check details on the official website.