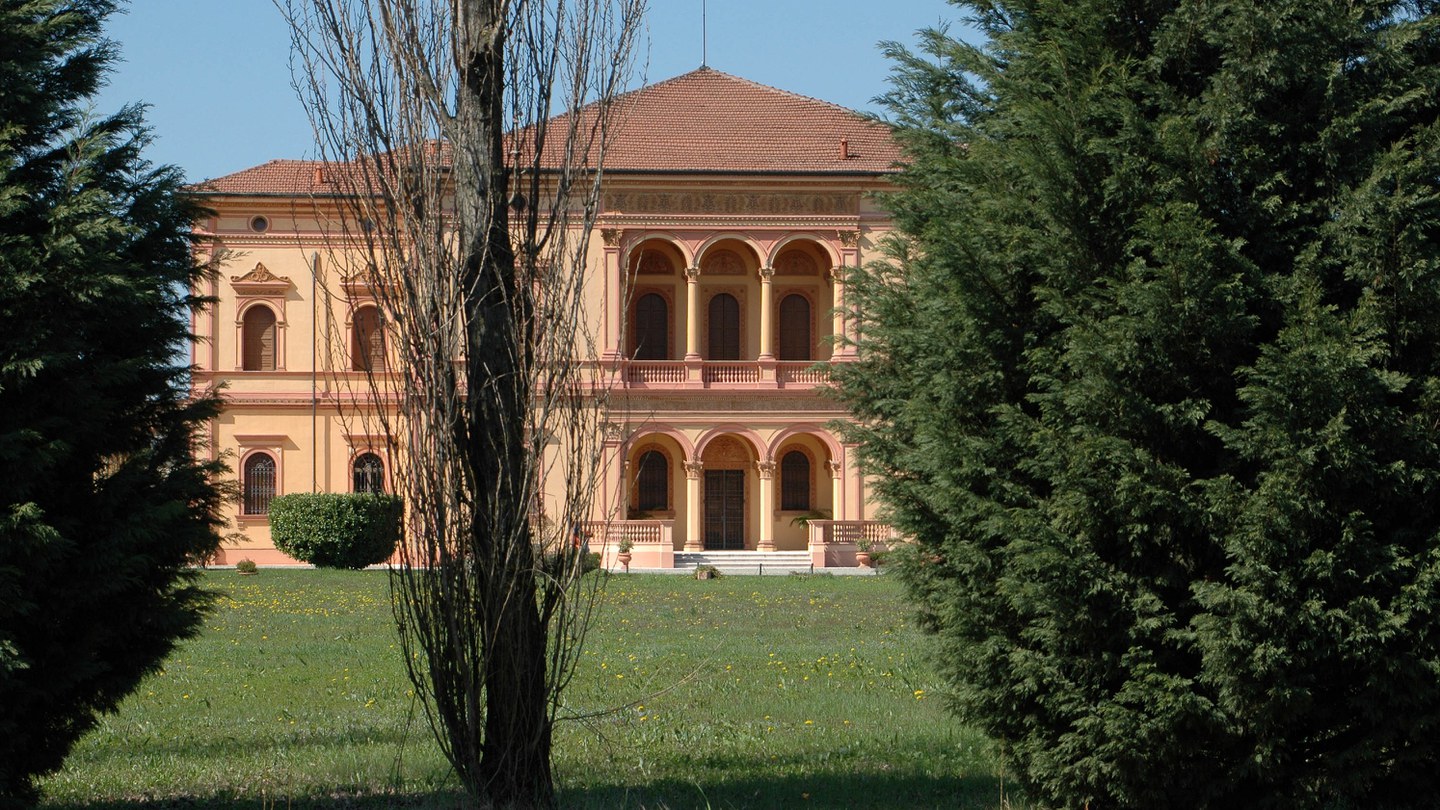 Particularly favourable towards classic architecture, the architect designed various buildings and villas in the province of Modena and also completed the Sanctuary in Fiorano and the Storchi Theatre in Modena, but the best expression of his work was the richly Liberty style architecture of Villa Emma.Villa Emma has a main façade on each of its sides, each one different, creating a unique set of wonderful prospects.The princely staircase at the entrance contrasts with the understated internal courtyard; the large windows light up the deep designs of the frescos and the colours on the finely decorated floors.

Originally a summer holiday residence, the villa is part of a complex comprising five buildings:the villa, the caretaker’s house (visible in Via Mavora on the corner with Via G. di Vittorio), the flower shop (still present in the villa grounds), the stables (to the south of the villa in Via Milano) and the farm with the farmhouse (Via Milano).It was all surrounded by grounds bordered by two private roads and the old Roman road Via Mavora (Cardo Maior, in other words main road).

The villa’s layout open out into its surroundings and comprises two lateral wings attached to a central body.The façades, all of great importance, are characterised by a plethora of decorations that grow more elaborate as they rise and culminate in the cornice. The four fronts also have balconies with terracotta balustrades and loggias featuring pillars and columns with Corinthian capitals.The interiors, recently restored to their original condition, are a wealth of colours, in both the fine decorations that cover all the vaulted ceilings, the work of the Modena painter Fermo Forti, pupil of Malatesta, and also the wonderful tiled floors in marble chip and coloured concrete.

The villa has two floors plus an attic that is currently used for ageing Traditional Balsamic Vinegar.The first floor can be reached by one of two internal staircases:servants’ stairs that went all the way up to the attic and the splendid main staircase with its Carrara marble stairs and cast iron banisters.The various floors of the building are marked by a wide string course, richly decorated with moulding in terracotta.

The history of the Villa saw an episode in 1942-43 involving over one hundred Jewish children from Yugoslavia.In their flight from the Nazi-Fascist regime, they were helped by the considerable charity of the many families in Nonantola who, by hiding them inside the Villa until they escaped to Switzerland, saved them from the concentration and extermination camps.

WHERE WE ARE
Via Giuseppe Di Vittorio, 31 , Nonantola, Modena