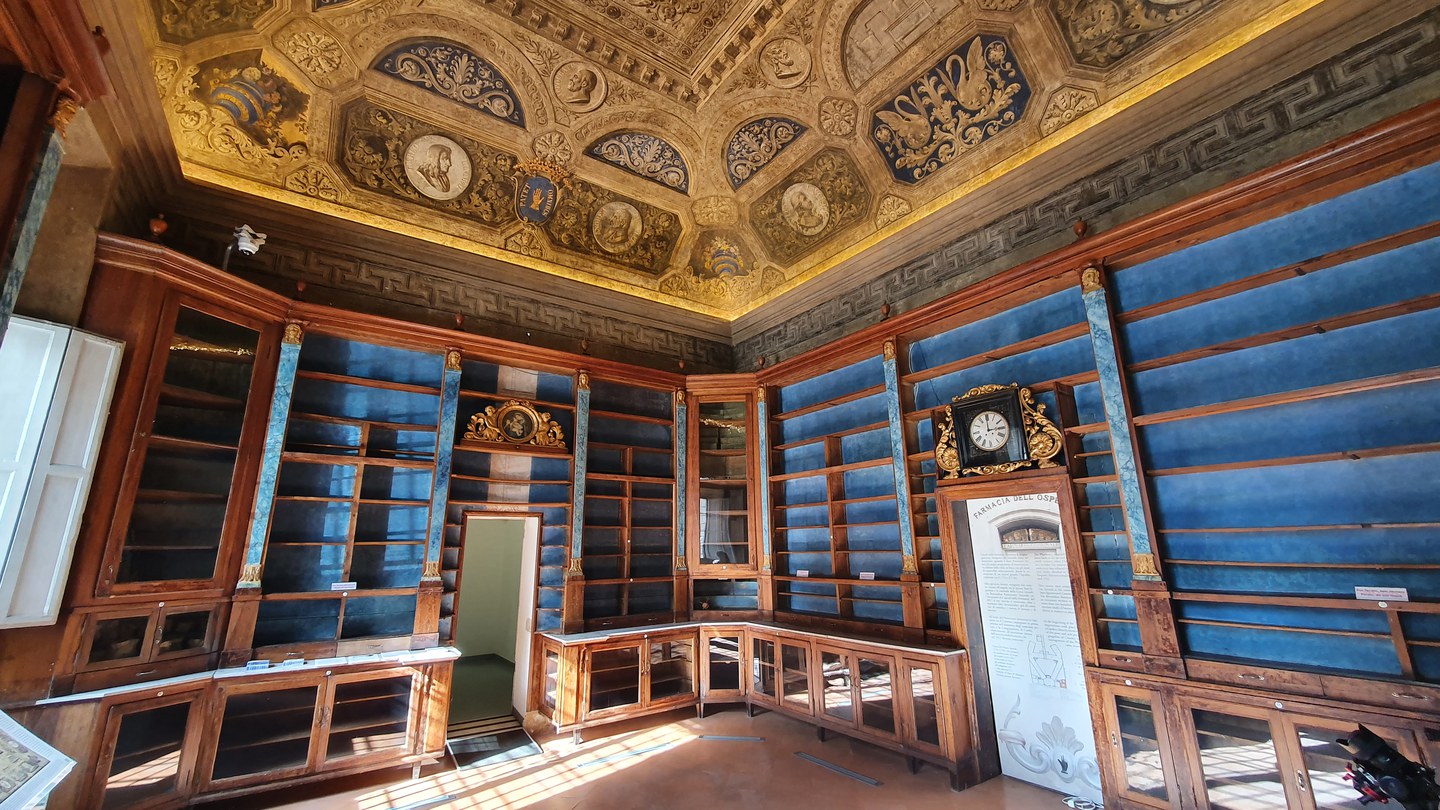 The Anatomical Theatre was built at the end of the eighteenth century thanks to Antonio Scarpa, who taught anatomy and surgery after the university reform brought in by Duke Francis III d'Este. The theatre is entirely built in multi-colour wood, with a central section in which cadavers were dissected for the anatomy lessons.

The historic pharmacy in the former Sant’Agostino hospital dates back to the second half of the eighteenth century and a painting on its cloister vault depicts men of science and a large open hand with the Latin motto of the Opera Pia “Patet omnibus”, which means that assistance is available to all those who need it. The original shelves in maple wood are still preserved inside the pharmacy.

Dating back to the 1300s, the church of Sant'Agostino was chosen for the magnificent funeral service held for Francis I in 1659 and in subsequent years the Dukes transformed it into the Pantheon of the Estensi. The church is home to works by Tomaso da Modena, Antonio Begarelli, Francesco Stringa, Lattanzio Maschio, Olivier Dauphin, and Adeodato Malatesta.

WHERE WE ARE
AGO Modena Fabbriche Culturali, Largo Porta Sant'Agostino, Modena, MO, Italia

Tell us about your experience on visitmodena.it.