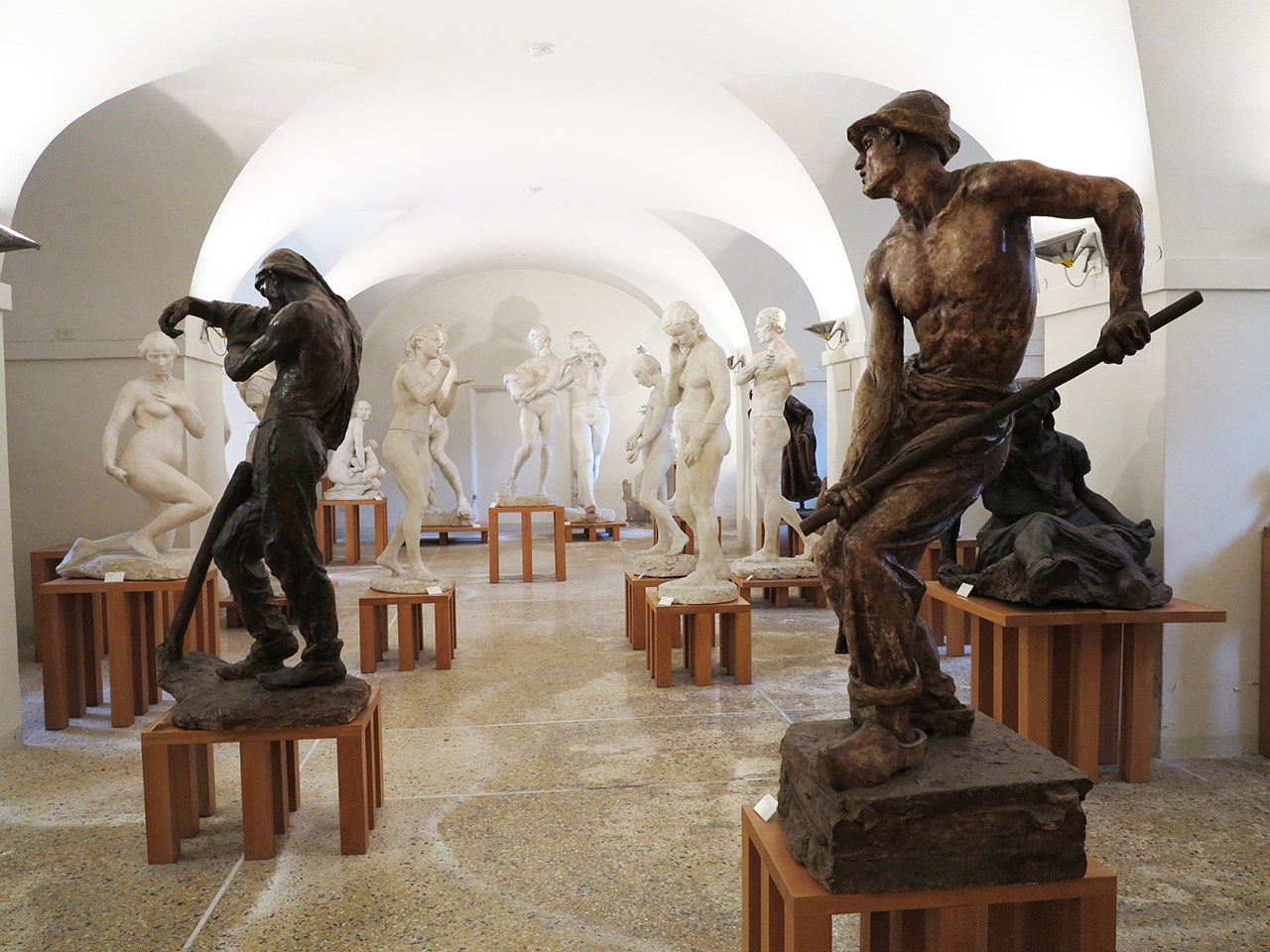 Initially housed in the former San Paolo convent school, the plaster cast museum was moved in 1994 to its current location on the ground floor of Palazzo dei Musei and can be visited on request during the opening times of the Civic Museum.

The group of about seventy plastic artworks is formed by terracotta maquettes, and plaster models, both original and copies, while the over two hundred pages that comprise the graphic nucleus feature drawings, etchings, aquatints and lithographs

The paintings come to just over ten and some of them, due to their large size, have been placed in the official rooms of Palazzo Comunale.
During the 1990s, the property of the fund was increased with the acquisition, by the museum, of some bronze statuettes and the complete series of Via Crucis engravings; Graziosi’s heirs also donated the artist’s photographic archive (today conserved at the Fondazione Fotografia di Modena) which he used as a working tool and comprises over 2,000 negatives