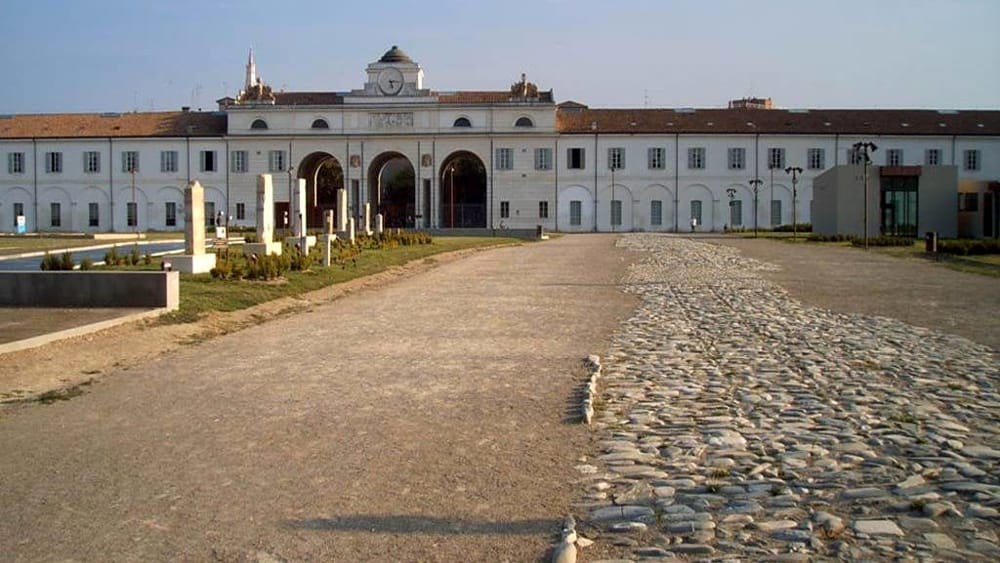 The most significant archaeological finds of the excavation of Novi Sad are on levels of the Roman period: the area was a peripheral area of the city of Mutina crossed by a large cobblestone street. The excavation has also brought to light a necropolis with numerous tombs and funerary monuments, two rural buildings, tanks and production facilities, and three large waste dumps containing amphorae and other archeological materials.

Overall, the findings are placed in a chronological period between the first century BC and fifth century AD.
The archaeological park NoviArk represents the meeting point between the needs of realization of underground parking NoviPark and preservation and enhancement of archaeological remains. Its implementation has resulted in the dismantling of the structures of the Roman period from the original plan, set at 5 meters deep, and their subsequent reassembly at the surface. The stretch of Roman road found in the excavation was remounted in NoviArk for its entire length (m 118). On the pavement, 5 meters wide, deep furrows are visible evidencing the intense vehicular traffic of wagons in and out of town.

In NoviArk were reassembled the remains of two farm buildings, a well with stone entrance, a rectangular pool with paving stones, probably used for washing sheep before shearing, and a large circular basin with brick walls which was probably used for the breeding of carp, as seems indicated by the finding in the bottom of sediments of aquatic plants compatible with this activity.

The vegetation of the park proposes woods and shrubs, including boxwood, documented the original habitat of the Roman period. In a space of underground parking are presented amphoraes recovered from the three large waste dumps. The tombstones on display beside the road in a hypothetical reconstruction of imperial necropolis, when Mutina was the most important city of the Po Valley.

The tour is accompanied by a Panelling offering two levels of reading for adults (in Italian and English) and for children.