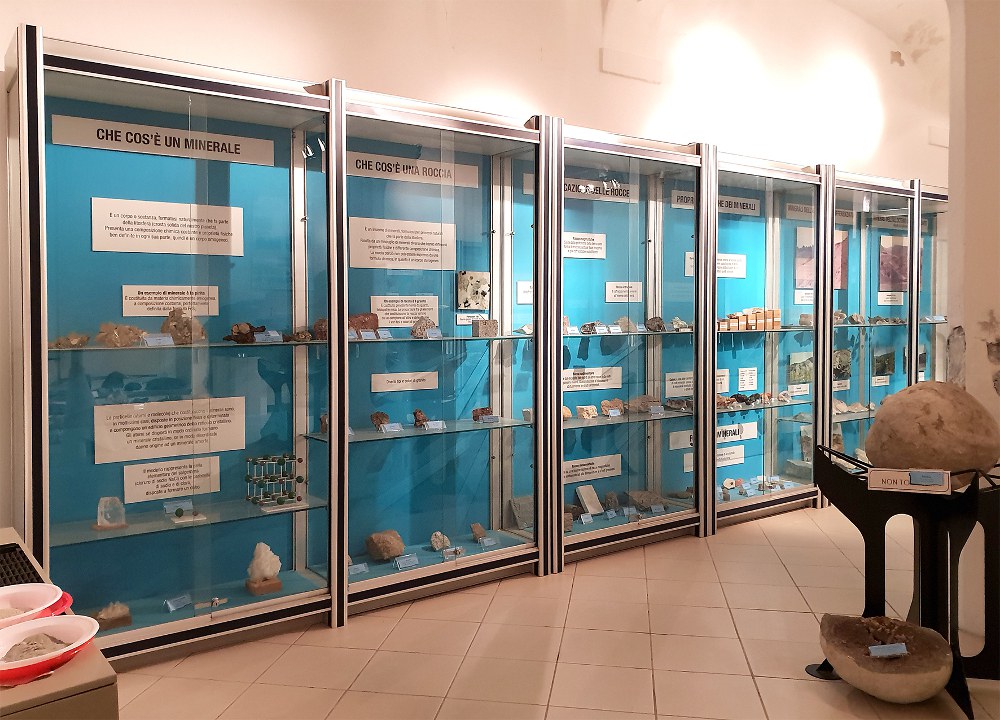 “All the territory that converges at Vignola, from the sinuous embrace of the nearby marlstone ravines, to the ruinous flows of the valley floor, to the river bed of the Panaro, stripped of its gravelly mantle. All of this is worthy of study and research. Geological ages converge and echo in this environment…and the discoveries are not lacking in abundance and rarity”.

These are words of the researcher and academic, Maestra Augusta Redorici Roffi to whom the Civic Museum of Vignola is dedicated. Together with members of the Gruppo Vignolese Ricerche, she was promoter of the proposition to institute a Museum in Vignola for the conservation and local retention of geo-palaeontological discoveries with the aim of raising the interest of both locals and passers-by in our naturalistic curiosities.

The Civic Museum has been open since 1978. Today, the Museo Civico of Vignola is an important reference point for the study, research and continuation of the geo-palaeontological heritage of Valle del Panaro.

The management of the Museum has been overseen by volunteers from the association, “AL Palèsi” since 1995. In addition to guaranteeing access and opening times, the volunteers take care of;
-pedagogical and lab activity both in the Museum and in the field.
-realisation of research projects designed for both high schools and universities.
-publication of literature and the organising of conferences and meetings on the relevant subject matters.

The exhibition is divided up into two main routes, a palaeontological and a geo-mineralogical route with the addition of a shorter route on the subject of paleo-anthropology.
It is designed according to didactic criteria; a general introduction on the subject matter followed by reference to finds in situ placed in the relevant reference environment.

This route starts off by showing the main types of fossils and proceeds then to fossilisation and concludes with the large overview which sets out the different geological ages, changes to the earth and the evolution of humans, all of which is accompanied by exhibits from all over the world.
The glass cases and information panels offer the possibility to observe rich collections of fossils, discovered largely in the province of Modena. The collections of molluscs originating from Vignola and Marano sul Panaro of the Pilocene Epoch are particular interest.
Also of the Pliocene age, are the crabs of the genera Cancer, a rare tapir jawbone, skeletal remains of a whale, shark teeth and various plant remains.
There are also interesting fossils of the Cretaceous period originating from the Modenese Apennines; two rostra, two vertebrae and a humerus of an ichthyosaurus, two vertebrae of a shark, two ammonites, which are extremely rare in the Emilian Apennines, various fish teeth, a coral and a sponge. There are also a couple of unique pieces on display; The crustacean, Coleia appenninica and the ichnofossil (or trace fossil) Atollites.
The Museum also houses the collection of fossils and soil samples, collected, preserved and classified by Arsenio Crespellani.

The glass cases at the start of the geo-mineralogical route display both magmatic and sedimentary rocks not to mention the metamorphic rocks and mineral samples which help to introduce the subject. Ample exhibition space is assigned to the numerous minerals originating from the area between the river Reno and the river Secchia such as Quartz, Calcite, Barite and Pyrite, to name but a few. This is all crowned by a rich collection of Septaria and Ophiolites. The route is concluded with a small section on the subject of rocks and minerals used by mankind in daily life and in the production activities of the local area.

WHERE WE ARE
Via Cantelli, 4, Vignola, MO, Italia