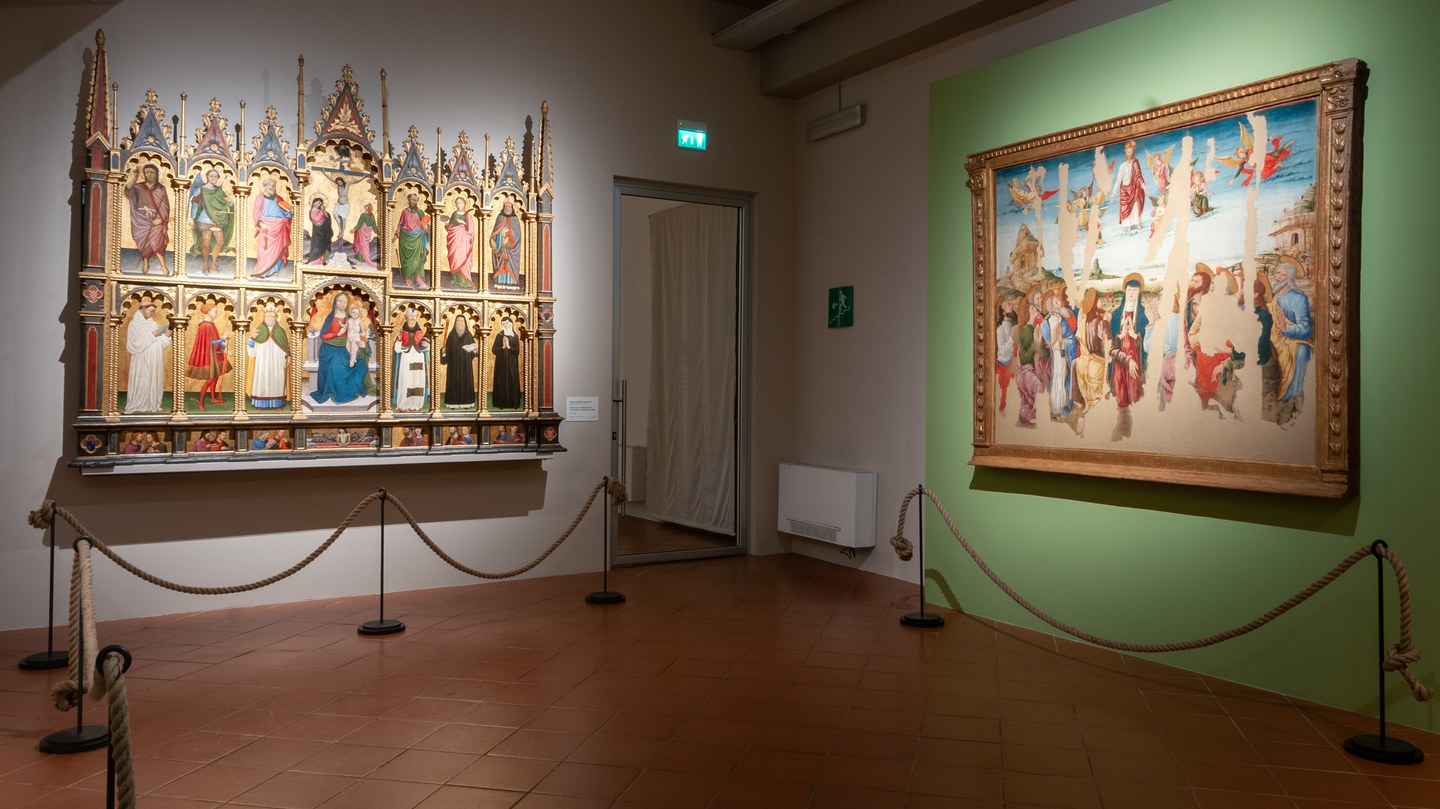 The Nonantola section also contains an exhibit which includes a wide array of parchments from the Abbey Archives, some of which bear the monogram of the Emperor Charlemagne and the Countess Matilde of Canossa in addition to the Polittico di Michele by Matteo Lambertini (beginning of the 15th century), the Ascension altarpiece of the Ferrara school and other unique treasures, paraments and liturgical furnishing from the diocese.

WHERE WE ARE
Museo Benedettino e Diocesano, Via Guglielmo Marconi, Nonantola, MO, Italia