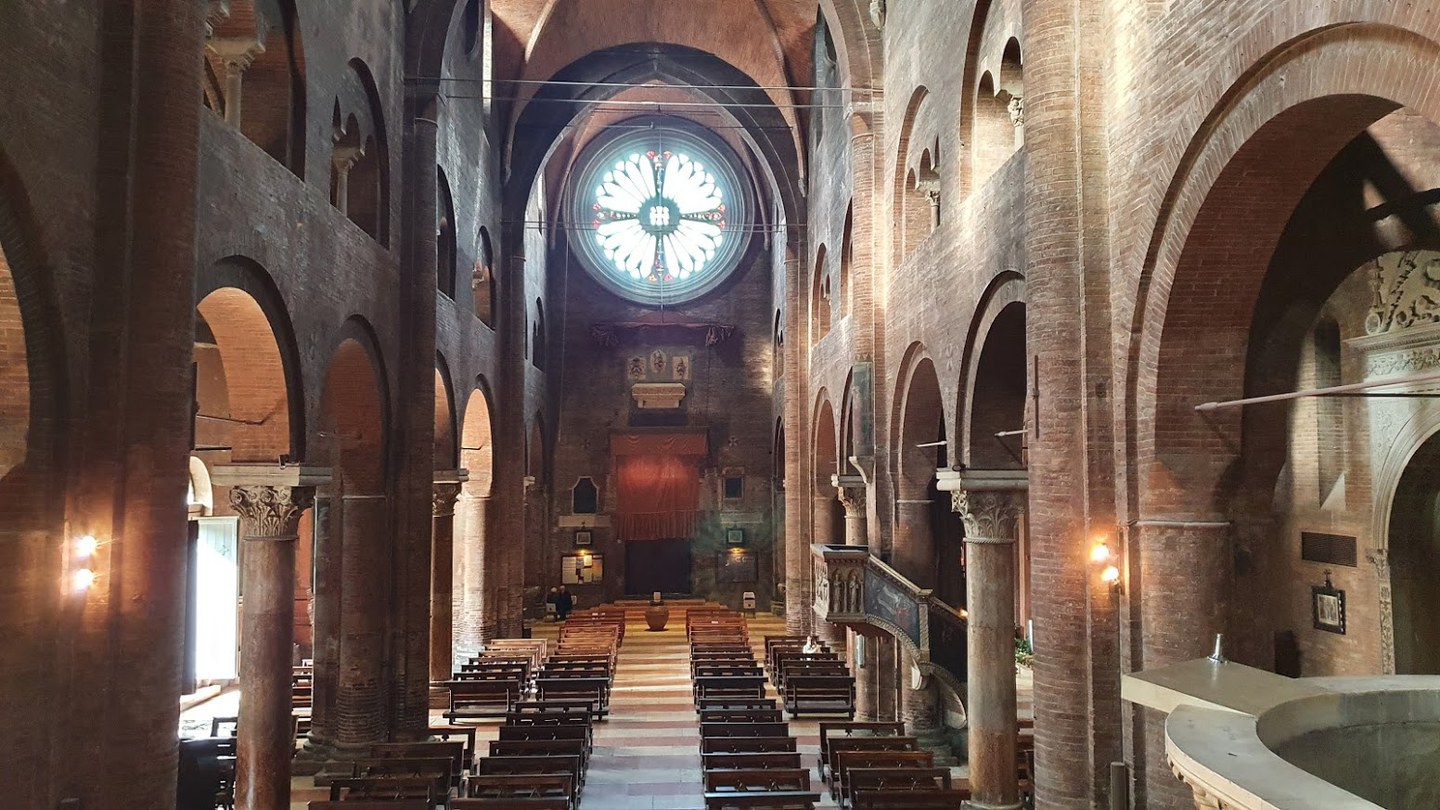 An ideal starting point for any tour of Modena’s historic centre is the Tourist Information Office, located in the oldest part of the Palazzo Comunale.

Today’s Town Hall can trace back its history for more than a millennium. You can get information about Modena and the surrounding region of Emilia Romagna.

In 1997, the Cathedral, the Ghirlandina Bell Tower and Piazza Grande were deservedly recognised by UNESCO as a World Heritage Site.

The construction of Modena Cathedral, the Duomo, began in 1099. A master- piece of European Romanesque, it was consecrated by Pope Lucius III in 1184. It is notable for the architectural design of the otherwise little-known Lanfranco and for the marble reliefs of Modena sculptor Wiligelmus, the first in Italy to create large-scale works and sign them. Campionese Masters carried out later modifications between the 12th and 14th centuries.

For lunch you could visit the Liberty-style market hall in Via Albinelli. The traders of the Mercato Albinelli offer all types of products and foodstuffs, including many typical of the locality. Otherwise enjoy a lunch in one of the restaurants or Cafés on Piazza Grande, the hub of city life, or in one of the several restaurants of the old city center! You should definitely taste “Tortellini”, Parmigiano Reggiano cheese with Aceto Balsamico tradizionale di Modena and “Gnocco fritto” and “tigelle (or crescentine)” with the tradition nal cold cuts such as the “Prosciutto di Modena”.

After lunch you may want to climb the Ghirlandina Tower, so named because of the double twist of balustrades crowning it like a garland. Standing 87 metres (or 285 feet) high this symbol of Modena was completed by the Campionese Masters, who also worked on the later medieval modifications of the Cathedral itself.

When you come down, have a look at the cathedral Museum where many of Modena’s most precious religious artefacts are kept together with ancient stones and bas-reliefs rediscovered or removed over the centuries from the walls of the Duomo.

If you have time don’t miss the Palazzo Comunale. In the Sala del Fuoco (Fire Room), where a brazier once worked over live coals, frescoes by Nicolò dell’Abate dating to 1546 depict the War of Modena (aka Battle of Mutina) from 43 BC. Beneath a ceiling beautifully decorated by Ercole dell’Abate and Bartolomeo Schedoni, the 17th-century Sala del Vecchio Consiglio (Old Council Chamber) contains a wooden bank of chairs for the city elders and a processional standard painted by Ludovico Lana in 1633 to celebrate the end of the Plague. Finally, the18th-century tapestries in the Sala degli Arazzi recall the Peace of Constance of 1183, which offered autonomy for the free commune of Modena. Inside the town hall you can also visit, on Friday, Saturday and Sunday, by appointment, a small production of Traditional Balsamic Vinegar of Modena.