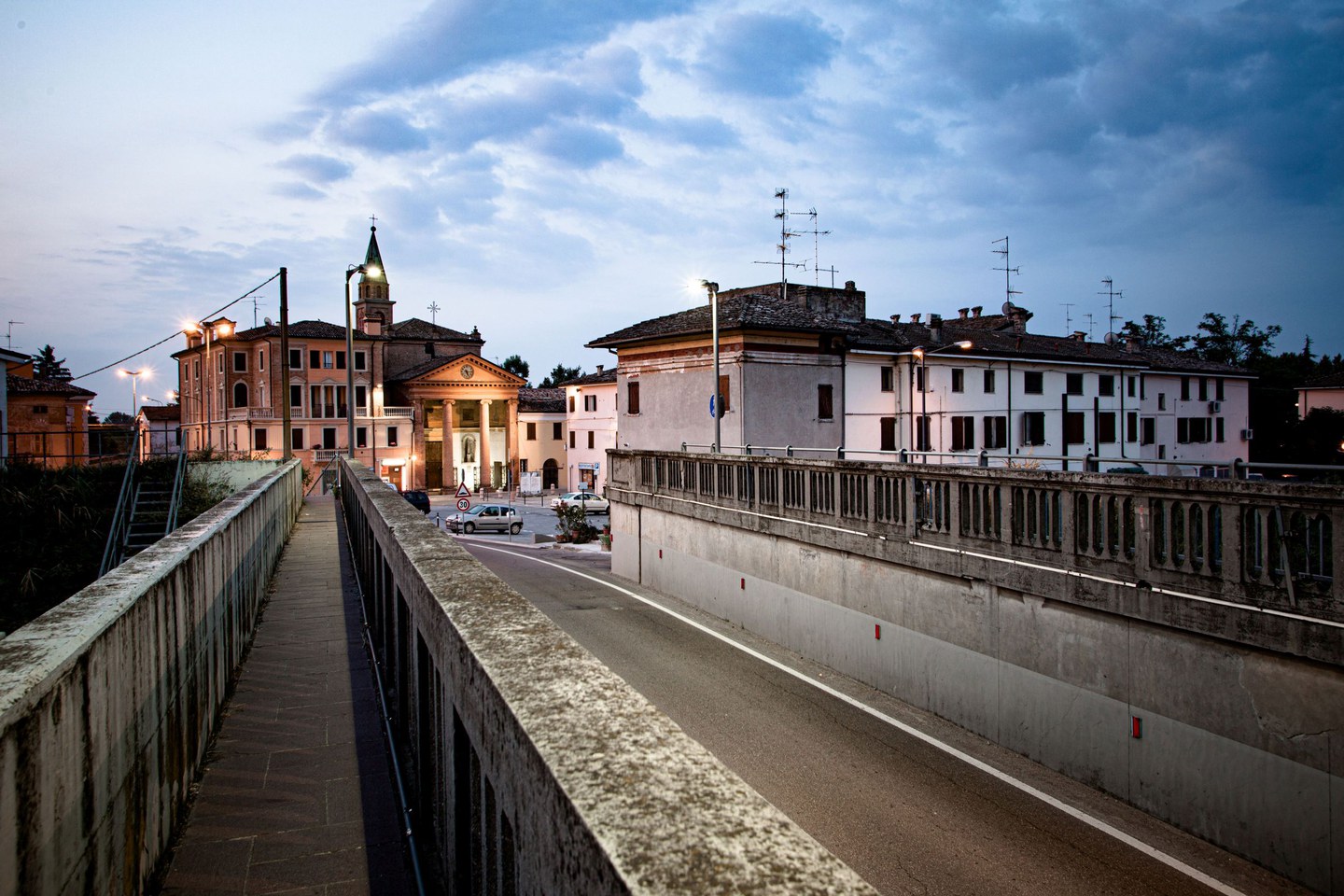 Bomporto combines the historical-artistic culture with good food and wine.

The rural landscape offer many beautiful villas built since the sixteenth century, which often bear the names of the owners and which overlook the course of the Panaro, as a direct witness to the fluvial vocation of the territory, as well as the "Darsena Estense".

Piazza Roma and the Church of San Nicola are found in the heart of Bomporto. Constructed in 1609, the church contains a beautiful Crucifixion featuring the Virgin and Saint John, painted by Begarelli in 1550. The 19th century Town Hall was built in 1885 and, together with its council room - frescoed in the Risorgimento style - is particularly worthy of note.

However, the town's most significant architectural attraction remains the Darsena or Sostegno. Constructed during the second half of the 18th century by Francesco II d'Este, it can still be visited today. This piece of hydraulic engineering was built as a means to control waters at the point in which the Naviglio and the Panaro River meet. A bridge is found when travelling towards Solara. Here, the Porte Vinciane - two enormous cement panels built to block the flow of the Canal on the Panaro when it rises above a certain level - can be admired.

In Bomporto you'll find several wineries producing Lambrusco di Sorbara, which are open to visitors especially during the event "Ruby Red. Lambrusco Wine Festival", organized by the Municipality of Bomporto between May and June.

Not far from Bomporto you'll find Sorbara, that gives its name to the homonymous Lambrusco wine " Lambrusco di Sorbara". The Matildic Parish of Sorbara is also noteworthy; already documented in the year 816 AD. Famous is also its bell tower made of bricks (imitation of the Ghirlandina Tower in Modena) which according to legend are made with Lambrusco.

San Nicola di Bari Church in Bomporto
The interior is very spacious and preserves a terracotta crucifixion by Antonio Begarelli and a precious organ by Traeri.
Contact details