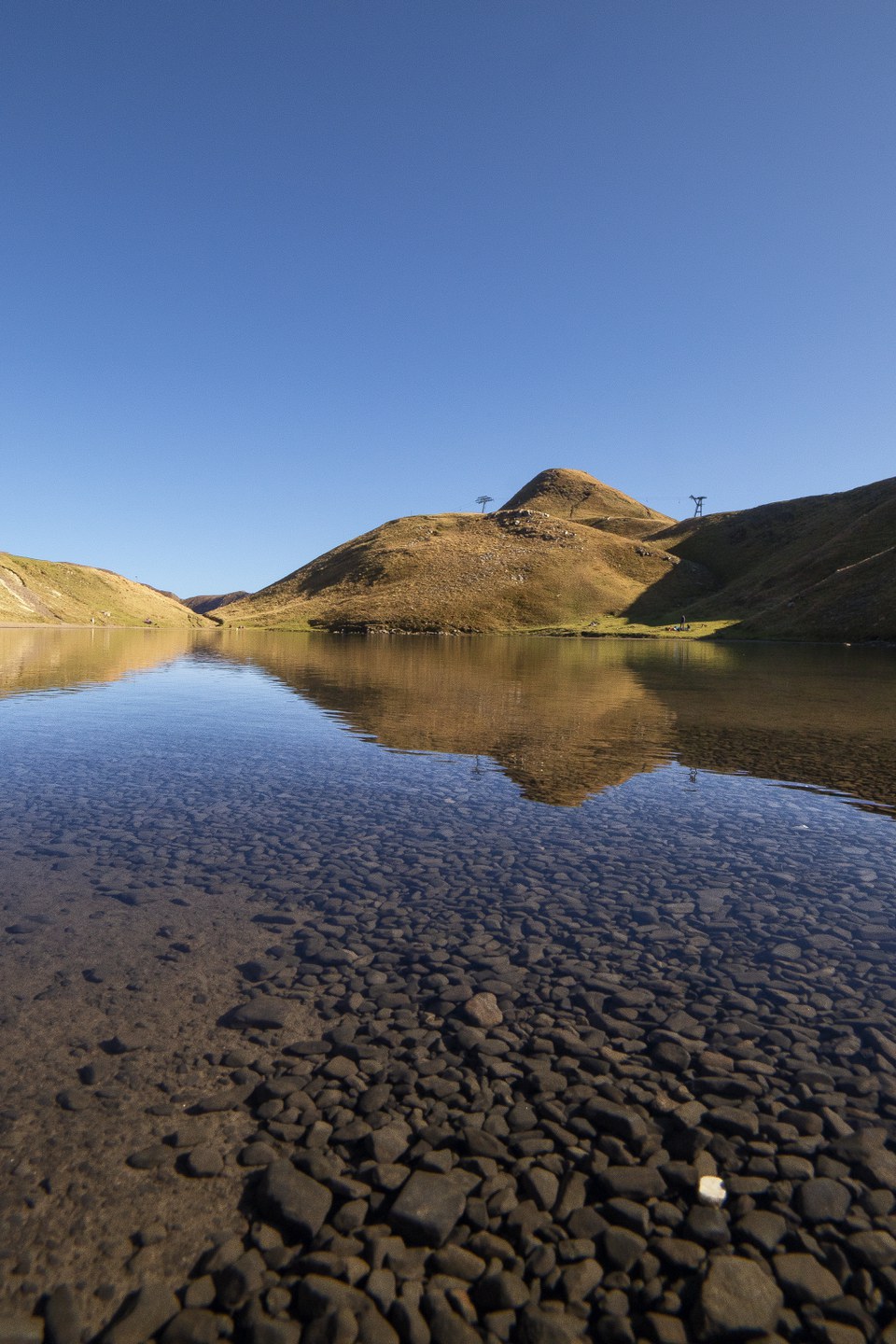 It was founded after 176 B.C. when the Romans defeated the local Ligurian Friniates populations. In the second half of the eighth century, Aistulf, king of the Lombards, gave the lands of Fanano and Sestola to his brother-in-law Anselm, who became a monk and founded the Monastery of S.S. Salvatore and the Benedictine hospice in what is today Valle di Ospitale.

In 752, Anselm also founded the Benedictine monastery in Nonantola, destined to become one of the most powerful in Italy, to which the monastery in Fanano was annexed. This made the Via Romea Nonantolana that connected the two monasteries, a highly strategic road.

Between the eleventh and twelfth centuries, Fanano became the most important area in the Federal Municipality of Frignano. Following this, years of domination by the Este family were a period that brought great economic expansion thanks to trade with nearby Tuscany. In the eighteenth century however, with construction of Via Vandelli, the new road linking Modena with Tuscany, the town saw a drastic decline.

Part of the Cimone skiing area, it has something to offer all year round for lovers of mountains and sports. It owes its huge appeal to the uncontaminated nature and fascinating historical sights that make for stimulating visitor experiences. One must-visit is the famous Museum of Sculpted Stone, a wonderful open-air exhibition of contemporary sculpture.

The Urban Stone Sculpture Park is a collection of more than 200 statues made by artists from all over the world during the International Symposium of Stone Sculpture in the centre of Fanano and in nearby villages.

Awarded an “orange flag” by the Touring Club Italia, the old town centre of Fanano has some beautiful churches, including those of San Giuseppe and Santa Chiara, and noble buildings, like Palazzo Lardi, the most typical private property, Palazzo Monari and Palazzo Coppi. Other interesting sights are the seventeenth-century Clock Tower, with its arched gateway that takes you out of town to pretty little villages, Piazza Corsini, heart of this old town with the monumental fountain in the centre. The Church of San Giuseppe and the old Piarist convent.

The Church of San Giuseppe was founded in 1619 by the Count Ottonello Ottonelli of Fanano, together with the Piarist convent and the annexed schools. Its extraordinary works of art make it one of the most sumptuous examples of baroque architecture in the Apennines.

The Church of San Silvestro Papa

Founded in the eighth century, this is a late Romanesque church that was modified in the seventeenth century.

The Shrine to the Madonna del Ponte

This beautiful place of worship is in an enchanting natural setting.

Typical local delicacies here in the Modena Apennines include unique flavours and specialities linked to mountain traditions such as crescentine flatbreads, borlenghi and ciacci pancakes and a delicious artisan almond brittle from Frignano still made today by skilled local confectioners following an old recipe. There is also an abundance of typical products too, like mushrooms, chestnuts, and the Modena Apennine bilberries, used to make delicious jams, syrups, juices and liqueurs.

The Triennial of Good Friday

Every three years, they stage the re-enactment of the Passion of Christ on Good Friday in the old town centre of Fanano.

In August, Fanano celebrates this delicious fruit from the Apennines with themed menus, markets and lots of other initiatives.

Ospitale is where Saint Anselm founded a hospital in 751 for pilgrims walking the Via Romea Nonantolana on their way to Tuscany.

Fellicarolo is the tiny village that is the starting point for visiting the wonderful Doccione waterfalls and Taburri mountain refuge.

Sitting on the ridge of the Tuscan-Emilian Apennines, almost on the border with the Corno alle Scale Park, Lake Patrignano is one of the most interesting lakes in our mountains due to its marshland vegetation.

Below the summit of Mount Cupolino, Lake Scaffaiolo is the highest lake in the Apennines. With glacial origins, it is fed only by rainwater and snow and on its banks stands the Duca degli Abruzzi Alpine mountain refuge, the oldest refuge in the Tuscan-Emilian Apennines, inaugurated on 30 June 1878.

The perfect starting point for excursions, it is also an excellent place to eat, set in the uncontaminated nature of Frignano district. In winter, it is a favourite with cross-country skiing fans.

Mount Cimone and the ski resort

Mount Cimone is the highest mountain in the northern Apennines. It is home to an important weather observatory belonging to the Italian Air Force and a National Research Council (CNR) centre. It also has a beautiful lake at 1,500 metres a.s.l., called Lake Ninfa and its 50 km of ski slopes make Cimone the largest ski resort in this area. The Cimoncino station can easily be reached from the centre of Fanano, via the village of Canevare.

Cimone Bike Park and other sports

Cimone Bike Park stretches from Fanano to Sestola and Montecreto, right up to the top of Mount Cimone and Lake Ninfa, and it includes 3 chairlifts fitted with bike racks, a cable car and a coach with bike trailer. Various interesting trails start in Fanano for keen mountain bikers together with others for excursions, hiking, orienteering, and horse-riding. Visitors can also canoe down the rivers in this area too.

Right in the middle of town, the Ice Rink (Palaghiaccio) has an Olympic-sized skating rink. In the winter it is a popular choice for an afternoon spent doing something different. In the summer it becomes a roller-skating rink (Palaroller).

The Best Time for a Visit

Fanano can definitely be enjoyed at any time of year.

WHERE WE ARE
Fanano, MO, Italia