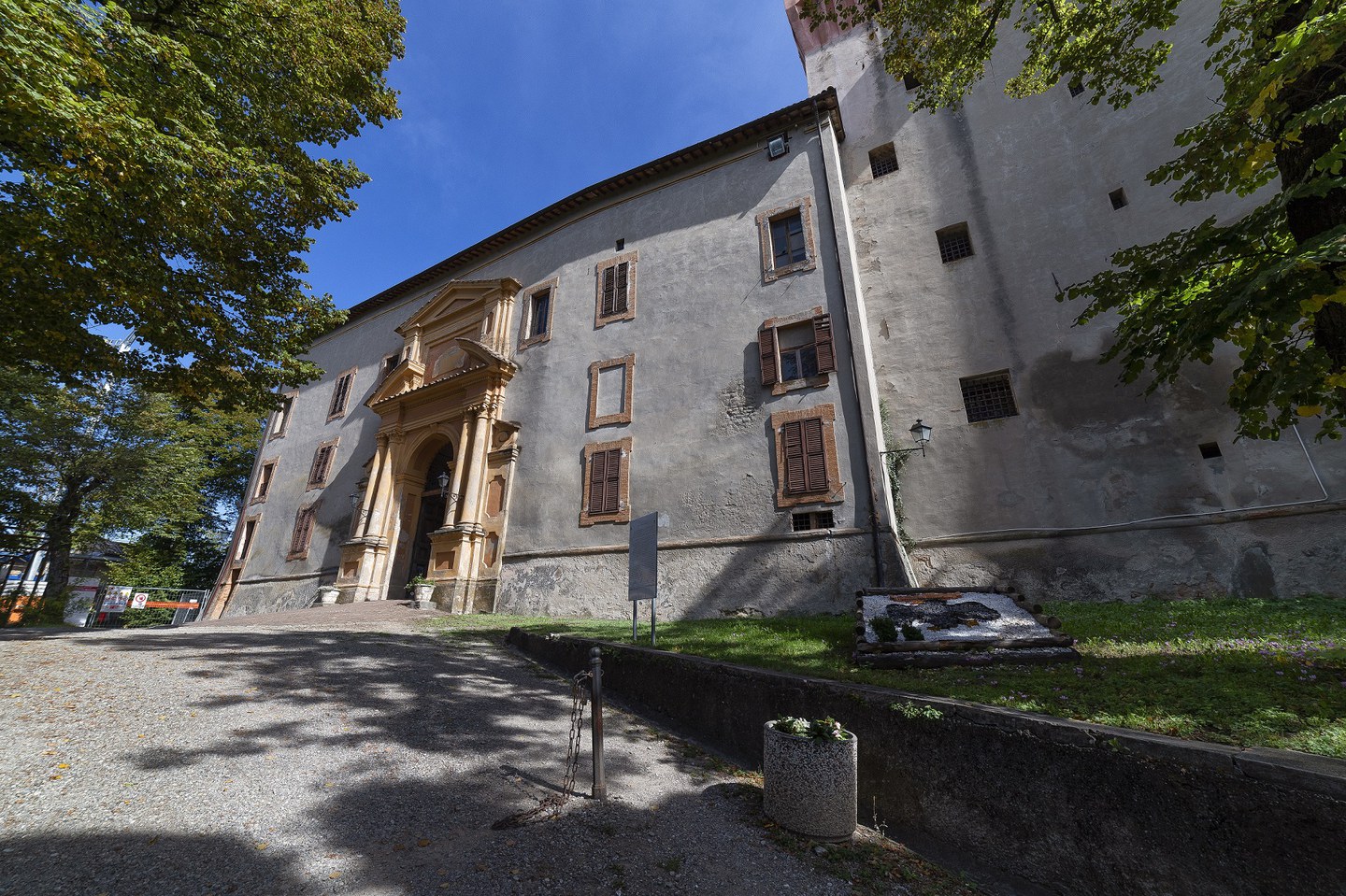 The Guiglia Castle, a splendid fortification that dates to the 1300s, is surrounded by a quaint village. The imposing bulk of the castle is recognizable from kilometers away.

Art, a distinguished history, and the enchantment of nature are all at home in the Guiglia Castle, which affords a breathtaking view of the course of the Panaro River and its valley.

The town was once a fiefdom of Matilde di Canossa and was the site of frequent disputes between the forces of Modena and of Bologna because of its position on the border between the two cities.

Beginning in 1405, the castle belonged to the Pio family of Carpi, from whom it was passed to other families until it fell under the dominion of the House of Este.

In 1630, Este Duke Francesco I gave it in fiefdom to the marquises of the Montecuccoli clan who used the castle as their summer home until 1796.

The solemn entryway leads to a courtyard with a portico and stuccoes in a sumptuous Baroque style similar to 17th-century Este residences, and a mighty medieval tower watches over it all.

The castle is also known as the “little convent” because of the Carmelite convent founded there by Francesco Montecuccoli in 1632.

WHERE WE ARE
Via G. di Vittorio, 2, Guiglia, MO, Italia