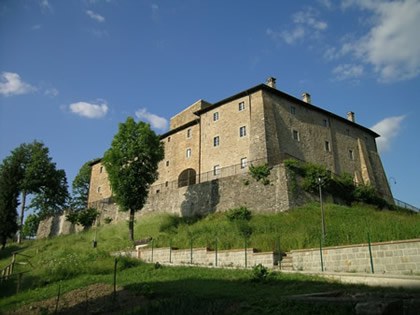 It is built around a keep, constructed in 1170 by Bernardo Montecuccoli, feudal lord from Abate di Frassinoro. It passed to the House of Este in 1426. The fortress, with entry through the royal door, is a four-sided stronghold with an internal courtyard, colonnades and open galleries on three sides. The recently restored XII century keep stands on the east side, with the even older rainwater cistern alongside it. It houses the Town Hall and the Museo della Resistenza (Museum of the Underground Movement), which documents the Partisan Republic of Montefiorino of 1944, the first freed area of northern Italy