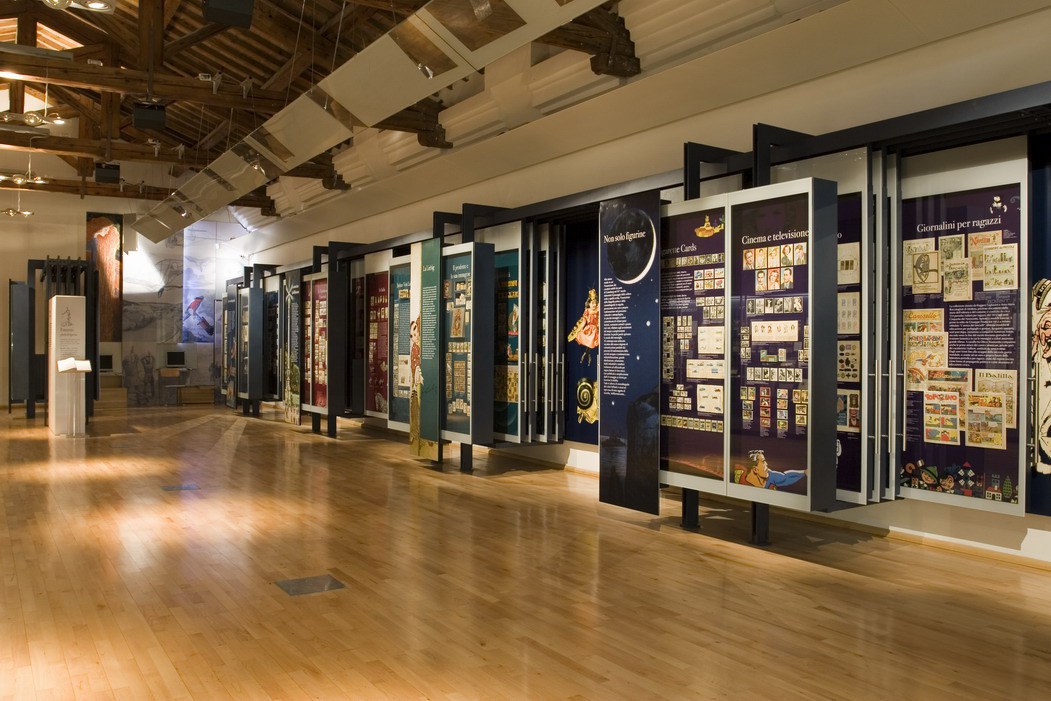 Over the years, Giuseppe Panini – who in 1961 established the company of the same name with his brothers Benito, Franco Cosimo, and Umberto – collected hundreds of thousands of small colour picture cards and, in 1986, opened a one-of-a-kind museum within the business. In 1992, Giuseppe Panini and the company donated the collection to the City of Modena - the logical location for the Museum because it is the world capital of modern picture cards.

As well as the actual cards, the collection includes objects that are similar in technique and function: small vintage prints, matchboxes, letter seals, paper money, menus, pocket calendars, albums issued by companies or created by collectors following their own aesthetic taste and imagination, plus much more.

The Museum was opened to the public on December 15, 2006 in the Palazzo Santa Margherita which was a convent in the twelfth century and then became a military barracks before, in 1874, it became the headquarters of the Patronato dei Figli del Popolo. It also houses the Biblioteca Delfini, the Istituto Musicale Orazio Vecchi, and the Galleria Civica.

Visitors access the display area on the second floor of Palazzo Santa Margherita after having crossed a stunning “tunnel of wonders.” The room contains six display cases that can be perused like large albums thanks to their eight removable side panels. Each display case corresponds to a specific topic:

Each display is related to the others yet is complete on its own. In total 2,500 works, including original prints and objects are on display. These are taken from, the Museum’s collection which is made up of approximately 500,000 picture cards and similar material. Visitors will find a unique perspective on the history and customs of the past 150 years.

Alongside the permanent collection, a 12 meter display case houses temporary exhibitions dedicated to topics ranging from sci-fi to advertising, astrological myths to biodiversity, fairy tales to animal habitats. Each exhibition presents hundreds of picture cards, which are also projected onto the large screen in the room, accompanied by in-depth texts. At the Museum bookshop visitors will find numerous publications dedicated to relevant themes and analyses, accompanied by stunning illustrations.

The museum can be visited during the periods in which it hosts temporary exhibitions organized by FMAV. (Fondazione Modena Arti Visive) The calendar of exhibitions is available on the website www.fmav.org. For more information write to info@visitmodena.it