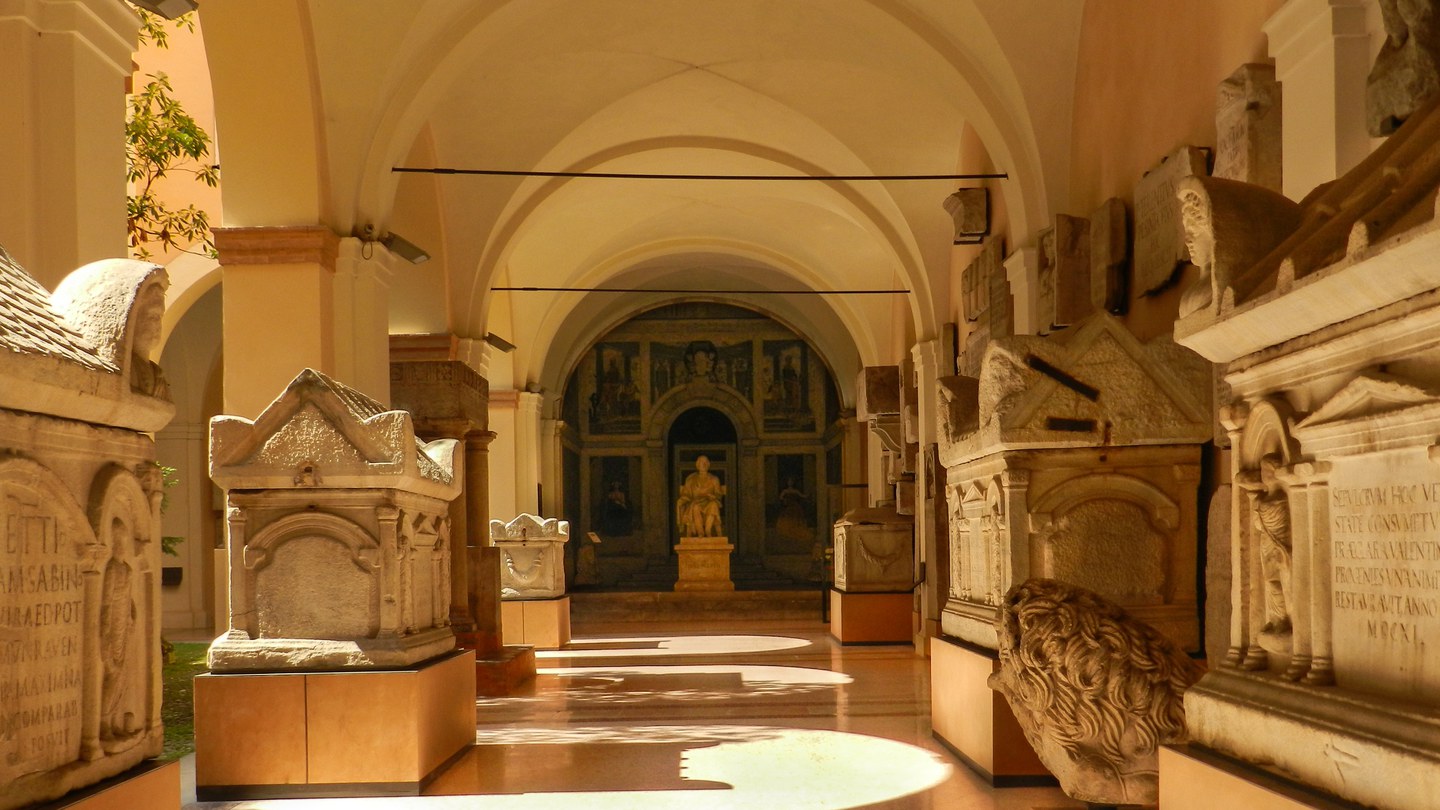 In 1828 the Duke Francesco IV Austria-Este established the first public museum dedicated to the city, under the name of Lapidary Modenese.

The monumental evidence collected here are a summary of the history of Modena since the founding of the Roman colony to the nineteenth century, aims exposed in the catalog drawn up two years after its establishment by Carlo Malmusi, first director of the Museum: ".. and to serve archeology 'ancient history co' Roman marbles and also of later times or written or carved ... ".

The monuments harmoniously distributed along the walls and the wide arches of the arcade on the ground floor of the eighteenth-century hotel of Arts, came from nuclei collectable of the House of Este and the court, from archaeological contexts and urban land, the city's churches, from reuses inserted in walls of the cathedral and the Ghirlandina.

Refer to Mutina Roman honorary bases, epigraphs of a public nature, dedications to deities, in addition to a major series of tombs as altars, stelae, sarcophagi decorated with portraits, figurative scenes and symbolic representations. The latter, found during the excavations for the installation of the city walls between the fourteenth and the seventeenth century, had been reused by aristocratic families for the value of status symbol that had taken over the centuries.

The Roman section of the Museum continues in the medieval and modern merging with it seamlessly. Here the gallery of monuments dedicated to the nobles Modena - nobles, lawyers, doctors, writers, historians, artists - offers visitors a vivid glimpse of the town's history from the seventh century AD and the nineteenth century as well as a summary of the refined local artistic culture.