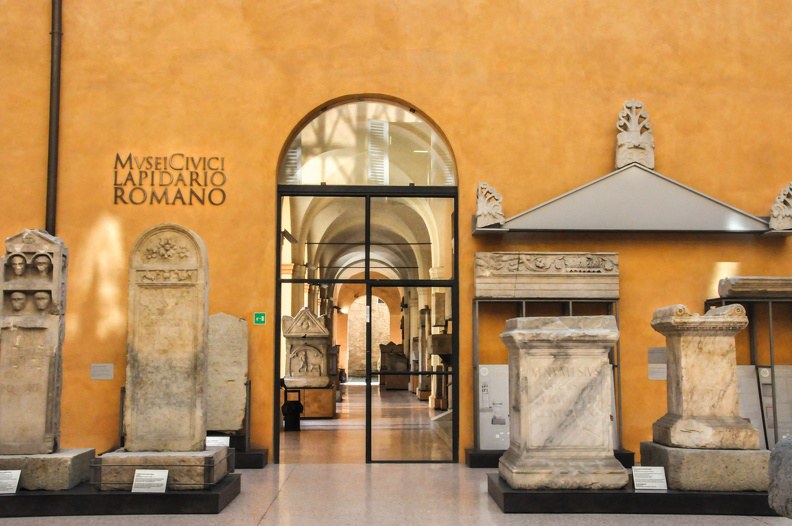 The Museo Lapidario Romano was inaugurated in 2002. Many of the finds were unearthed along Via Emilia in the east of the city. These include the monumental funerary altar of the centurion Clodio. Assorted inscribed stone slabs and tablets from the Roman era also bear witness to this particular period in time. One remarkable piece is the four-metre-tall monument of Vetilia Egloge, dating to the first century AD. Discovered in 2007 during construction near Modena’s Via Emilia, the monument has an inscription that indicates it was built by a woman named Vetilia Caia Egloge, who was once a slave but obviously improved her lot in life: The monument, built while she was alive, was made for her and her immediate family, and it explains that her husband was a member of the local senate and her son held a position similar to a priest. Both husband and son are described in very loving terms.