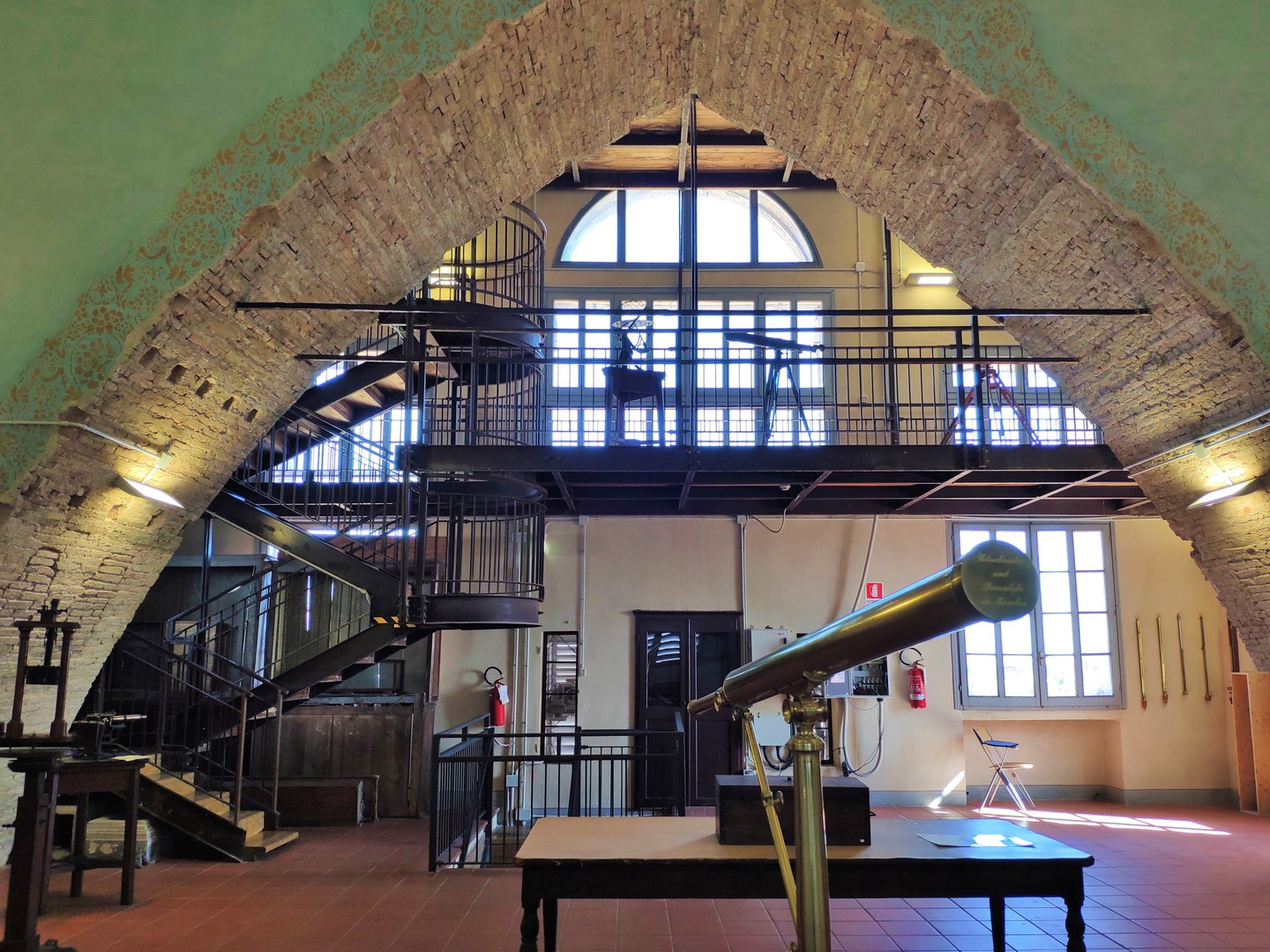 Here, upon chirographic decree issued by Duke Francesco IV d'Este, the Astronomy Observatory was founded in 1826 and later became the Geophysics Observatory.

The Museum is an example of scientific study dating from 1820 to 1920. It houses ancient astronomical, meteorological and geophysical instruments in the same setting where they were actually used: Newtonian telescopes of the XIX century, astronomical pendulums, various table instruments, a map of the moon dating from 1600, gauges, Ragona pluviometer produced in 1800.

The Museum of Astronomy and Geophysics well recalls the research performed at the Geophysics Observatory: for example, the historical set of meteorological data is one of the vastest in Italy and the measurements are still being taken today with the use of automatic data acquisition systems. They contain climatic studies on the Modena territory and on the local effects of large-scale climatic change.

To check the opening times, visit their website or send them an email.