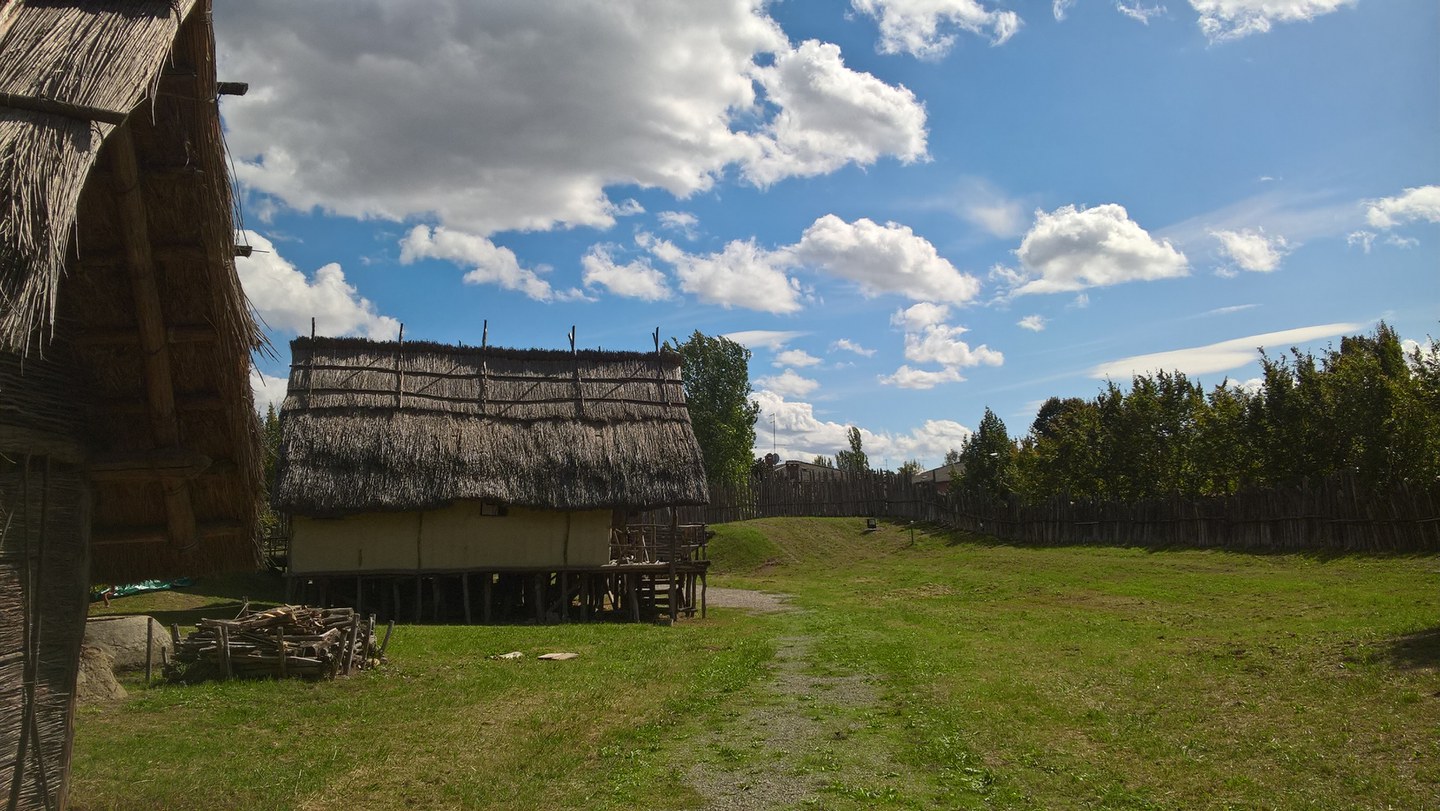 The settlements were built with artificial fortifications, generally composed of high embankments reinforced with wood palisades and surrounded by moats.

The lodges were often built on platforms supported on poles, similar to pile-dwellings, but placed on dry land and not over the water of a lake, a system to isolate them from the humidity of the terrain. The dwellings made with soil and wood were often rebuilt and as a result layers of rubble accumulated on top of each other giving rise to real hillocks.

During the course of 1800 the soil which formed the hillocks was used as fertilizer - these compost pits were called terre "mare" or "marne".

Studies have brought to light that the terramare were the expression of a fairly rich and technologically and culturally advanced society that disappeared around 1200 BC due to economic and social, but also, and above all, environmental factors.

The archaeological area is protected in a closed structure and the pits can be visited to personally "read" the land for traces of over four centuries of village life. Lying adjacent to the archaeological area, the open-air museum is a full-sized reconstruction of a part of the village, comprising the moat, the embankments with defensive palisades, the gateway to the village, and two large dwellings reconstructed philologically thanks to the data gathered from the excavations.

The interiors of the dwellings are furnished with bric-a-brac, crockery, tools, weapons - perfect copies of the originals.

The Terramara in Montale will open again in Spring 2023.

For any information and reservation: call 335/8136948 or write an email to museo@parcomontale.it.

Free for children under 5 and over 65 years